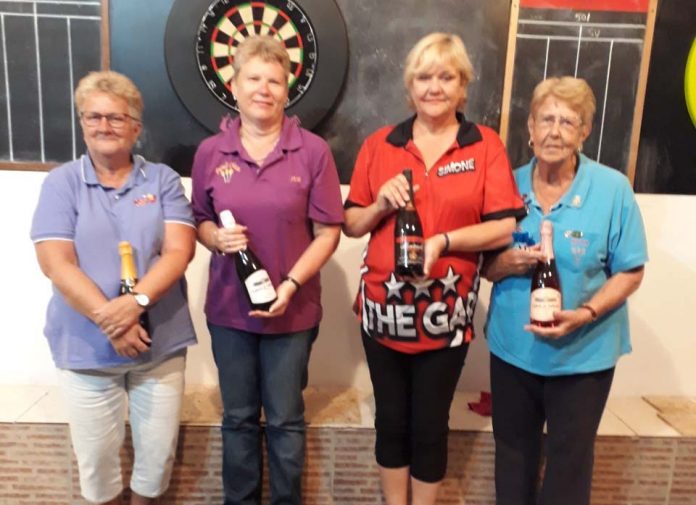 The final total of 34 ladies representing seven of the eight teams in the Torrevieja Darts Ladies Organisation came together to contest the ladies singles championship this season.  Unfortunately, some strong contenders were unable to make it this year and a few withdrew at the last moment but a tight run ship saw us get through 5 knock out rounds before eventually getting down to the last two contestants. 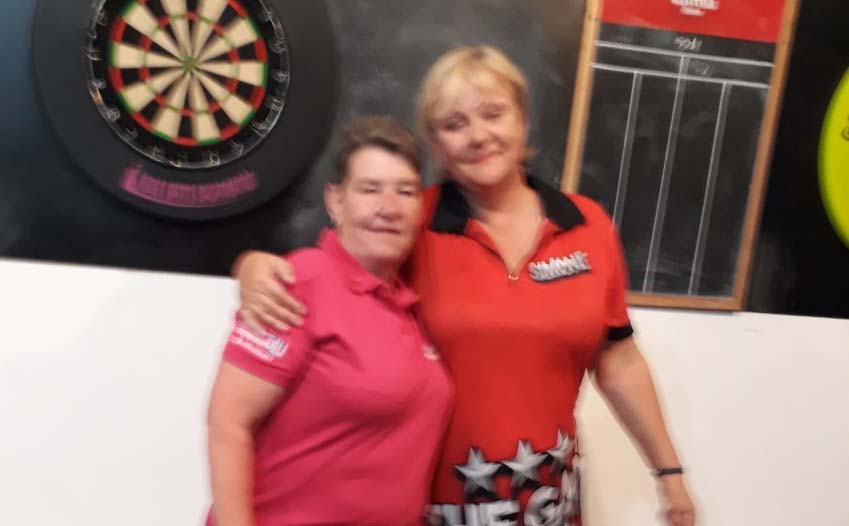 The final was played the following week after the Player of the Year competition. and saw Beaty Powell as this year’s winner beating Simone de Lacy 4-2 (501, best of 7).

Player of the year:

This was a new competition, replacing the previous award that went to the lady who had the most singles wins and 100+ scores combined.  The two ladies from each of the eight teams who were available to play and had the highest number of the singles wins for their teams for the season, were drawn against one another to determine the ultimate player of the year.

A round robin contest saw players randomly drawn into groups of four to play each group opponent twice (501) totalling 6 games apiece.  This gave everyone fair opportunity to warm up and not be eliminated in the first game as would have happened in a straightforward knock-out draw. The winner of each group then went into the semi-finals (501 best of 3).

The final, which was played before the postponed ladies singles final, saw Gap Lady Simone face Shirley Stephenson of El Balcon, 501 best of 3.  A standing ovation was awarded to our Shirley, an octogenarian and the very essence and embodiment of what our league stands for, humble and overwhelmed in her 2-1 Victory. Very well done Shirley, your spirit, support and darts skills are truly something to aspire to.

Thank you Friendly Temps and Friendly Chicas (Ladies Singles) and Pam, Kim and Simone (Player of the Year) for the raffle prizes, the proceeds of which go back into the running of the league, trophies and entertainment for presentation night.  Thanks also to Pam, Kim and Simone for organising and running the competitions.

A big thanks also to our hosts, The New Tavern, San Miguel and to Sheelah Cooper who has repeatedly, and often single-handedly, organised all the tables and seating for the teams and finally to all those who came to lend support to their team players.