Players from 30-7-40 Badminton Club in San Pedro del Pinatar took part in the recent Spanish National Championships for veterans in Pollenca Mallorca and left with the sizeable haul of 18 medals.

The club, which plays on Tuesdays and Thursdays from 10am -1pm attracts players of many different nationalities including Spanish, British, Belgian, French, Finnish, Danish and Russian. Coaching is available.

More information from Behrooz by WhatsApp 619 916 700 or by email at: ziamadi@hotmail.com 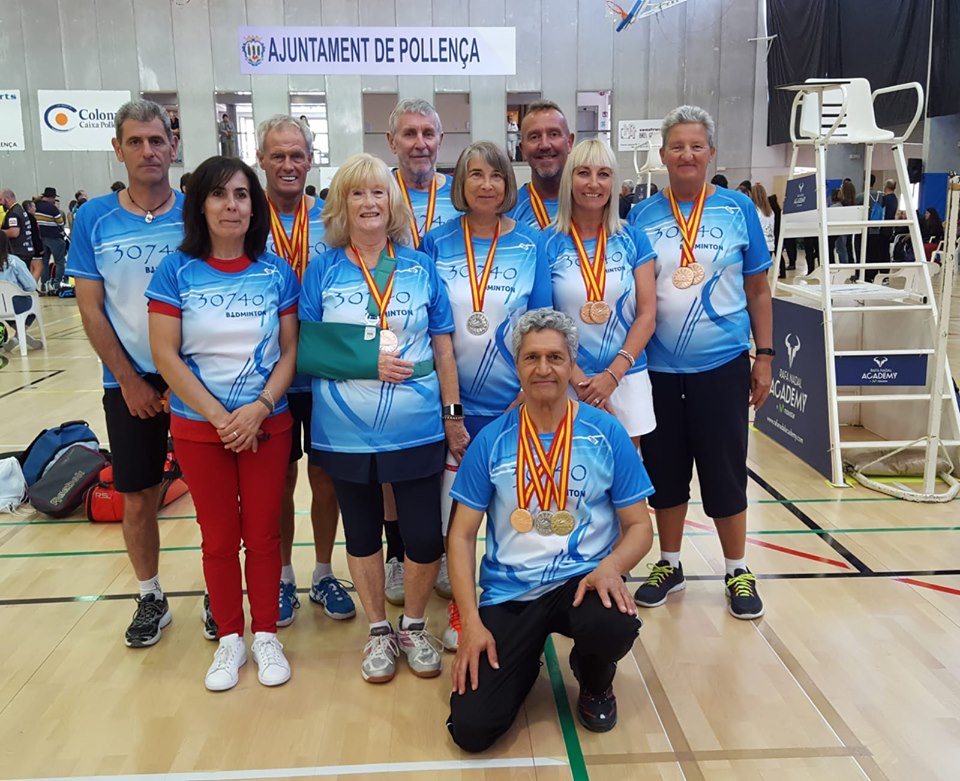