The Party in the Plaza unfortunately had to be cancelled on Easter Sunday due to the bad weather but took place last Sunday and was yet another great success as Casey Shaddock, President of the Plaza and Stevie Spit, pulled out all the stops once again to raise funds in support of  2 charities, this time the RBL Poppy Appeal and the Franciscan Men’s Home in Gandia. 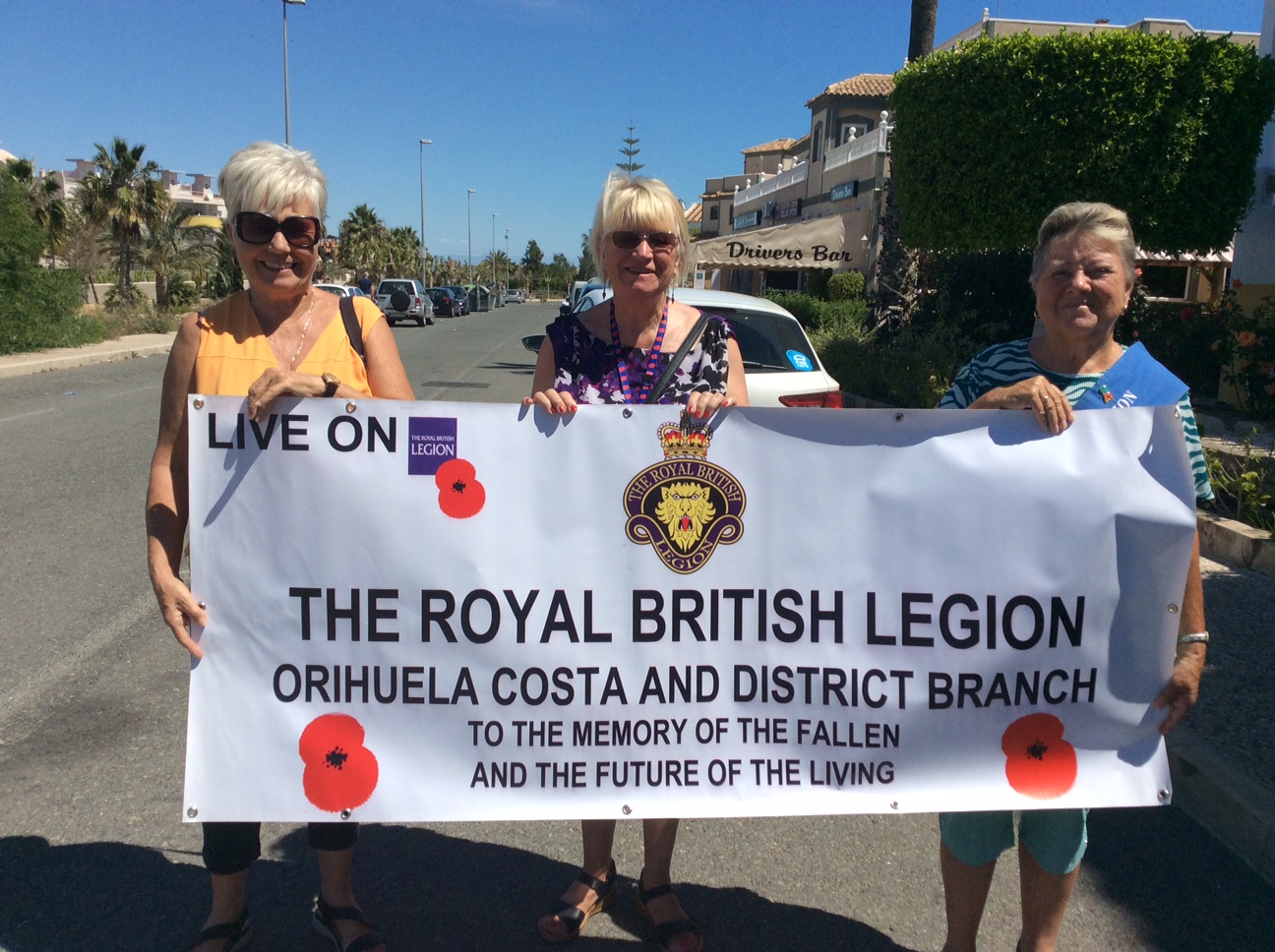 While the Royal British Legion Concert Band played to a great applause from the audience inside, a parade was lead down to the Plaza by the Torrevieja Pipes and Drums, the RBL standards and members of the RBL.

With many local artists performing and tombola, raffles, auctions throughout the afternoon, Casey and Stevie’s enthusiasm to raise as much as possible, allowed for the 2 charities to share the great amount of 4000€. 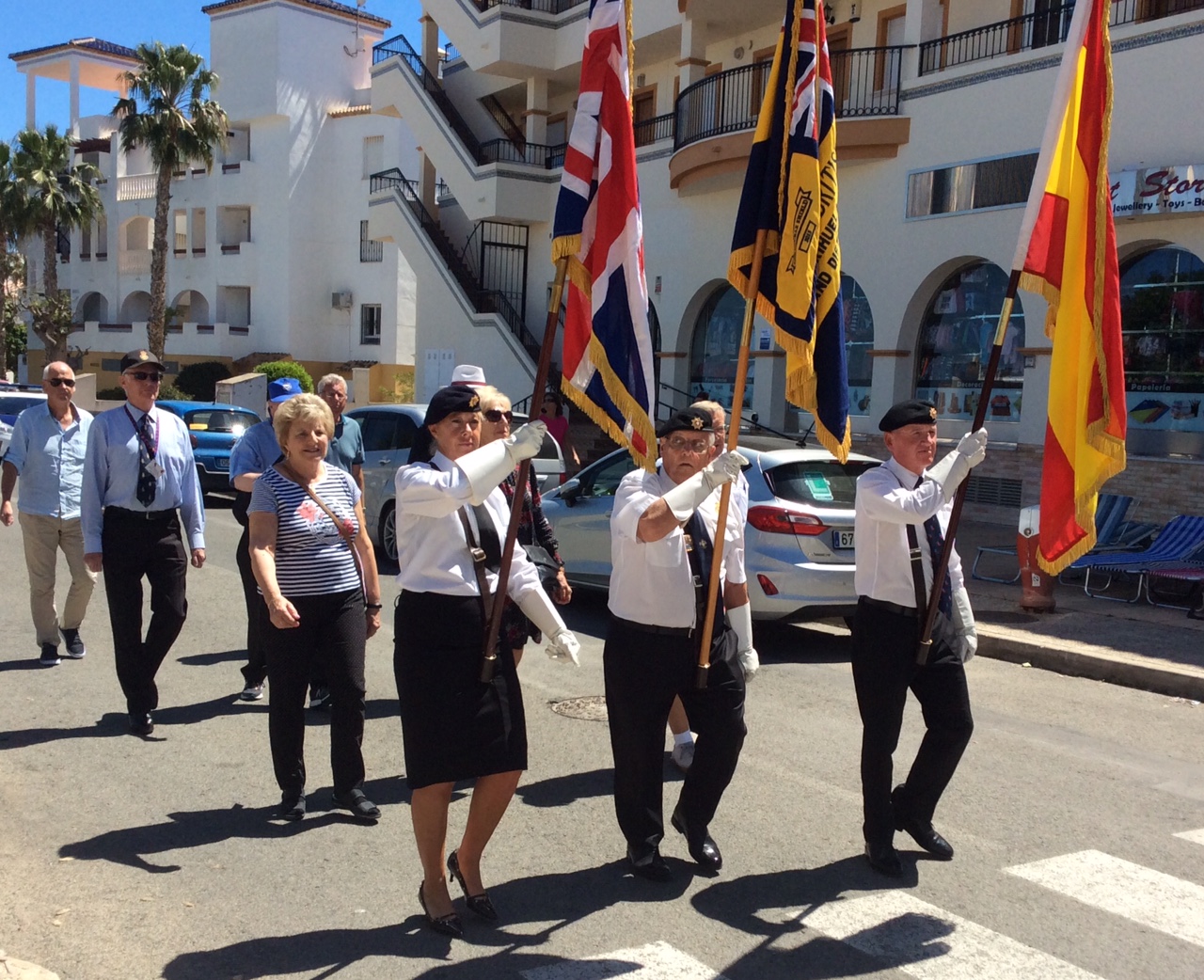 Many thanks must go to Casey, Stevie, the artists who gave up their time and all the many helpers who made this event such a success.