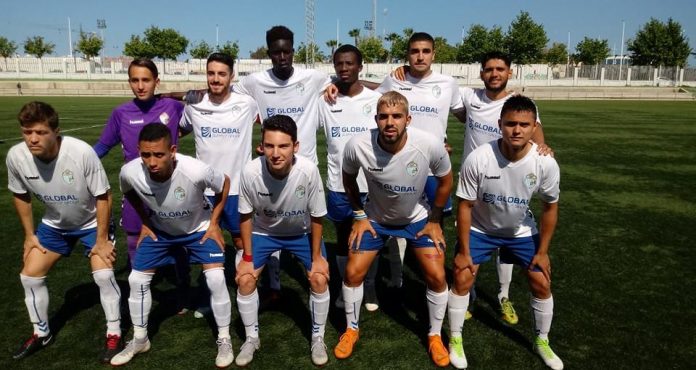 So, the inevitable has finally been confirmed.  Following last week’s humiliating home defeat at the hands of CFI Alicante, Torry are now officially relegated from the Preferente division into Regional football.  A combination of 5 managerial changes, a 6 point deduction as a result of an avoidable and naive managerial decision, plus an unbelievable number of player comings and goings, have contributed to their downfall.

When you consider that last season’s survival was only achieved courtesy of Calpe´s expulsion from the league, then perhaps the writing was always on the wall.  Oh, and let´s not forget the small matter of a dodgy takeover, by an individual who had previous wrongdoings at a senior club north of Valencia.  Alarm bells should have rung way back last summer, when a number of fans expressed serious doubts on social media as to this individual’s integrity, but alas they fell on deaf ears.

As such, the match against fellow relegation club Villena, has developed into a meaningless end of season kick about.  Although rock bottom and a point behind their hosts, Villena have recorded a few victories in recent weeks.  Ironically, the last time Torry won a match was on 9 December last year, some 17 matches ago, when the opposition were no less than Villena.

The game itself saw Torry off to a positive start with early pressure resulting in Augustin forcing an early save from Nando in the Villena goal. The home side were certainly the quicker out of the blocks and when Thales crossed for Xavier to volley into the back of the net with just 9 minutes played the prospects of a first Torry win in 2019 looked a definite possibility.

But Football is never what you expect and as the game wore on the visitors, despite sitting rock bottom of the Preferente table, showed that they too are capable of putting their opposition under pressure.

A powerful drive from Raul had the beating of young keeper Armando on 20 minutes to level the score and a short period of pressure saw efforts from Chechu and Ruben fly wide of the Torry goal.

Thales was frustrated by the legs of Nando on the half hour as the home side came back into the game and Augustin also went close just prior to the interval when a better connection could have restored the home side’s lead.

The 2nd period saw the visitors in front within 5 minutes of the restart through Chechu who, moments later, might then have extended the Villena lead with a header that sailed just over. Torry’s Javier saw his shot well saved by Nando but as the visitors once again took control Javi and Ruben both went close.

On a rare foray Torry’s Augustin missed an open goal before substitute Moi drilled in a low drive to level the scoreline once again.

Unfortunately, almost from the restart, Villena were back in front through Raul, a goal that saw the visitors lift themselves off the bottom of the league, but at Torry’s expense.

Next week away to Thader (Rojales) where the games are usually played on Sunday mornings.