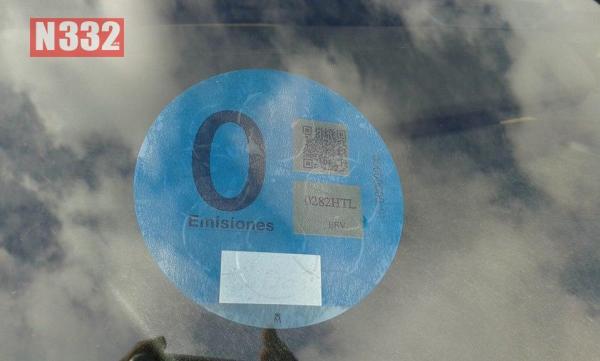 From Wednesday, April 24, it will be mandatory for vehicles wishing to travel through Madrid to display the ECO Sticker in the windscreen.

The ECO Sticker was introduced to highlight the impact vehicle pollutants have on the environment, and to encourage the purchase of less environmentally damaging vehicles.

Cities like Madrid, Barcelona and Seville had implemented protocols to restrict access to certain areas at times, but the new ruling makes it mandatory to display the sticker on vehicles travelling through the country´s capital, or face a fine of up to 100 euro.

The “Municipal Sustainable Mobility Ordinance” was announced six months ago and comes into force on Wednesday, and applies to all vehicles whether they belong to residents of Madrid or elsewhere.

All vehicles are grouped into categories to enable the issue of the sticker, ranging from the least polluting to the worst:

At the end of 2017, when the most recent study of the vehicle fleet was conducted, there were 1.8 million vehicles without any environmental distinction (the most polluting and limited). Then majority of vehicles had distinction “B” (11.3 million), 6.9 million were labelled as “C” while only 174,563 were classed as “ECO”, and 30,446 “Zero Emissions”.

The local government of Madrid has been concerned over the environmental impact vehicle pollutants has been having, devising various plans before the implementation of the ECO stickers, which has now made it easier to control access.

Although outside Madrid displaying the sticker is not mandatory, it is advisable to obtain one, as it is expected that various other locations will start to follow suit. The stickers can be obtained from main post offices, and can be ordered online from the Correos website.