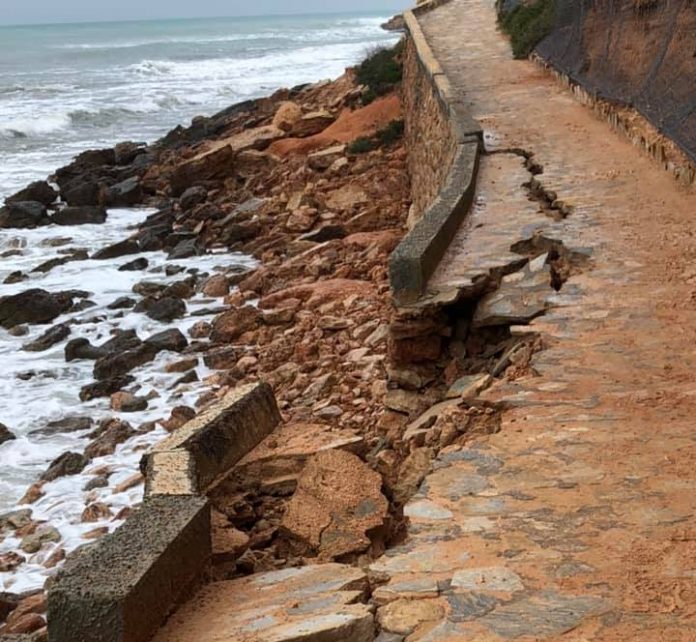 Forecasters are saying that although the cold weather has begun to subside, rains will continue across the province

Aemet warns of the risk of very heavy rainfall in the Marina Alta and El Comtat areas and has retained the yellow alert for strong gusts of wind throughout the region.

The cold weather that has swept across the province from north to south since Holy Thursday will begin to subside throughout Easter Monday afternoon, but could still leave heavy rains, especially in the Marina Alta, the region where it is believed to have rained most.

However the unsettled weather, that has brought with it quantities of more than 150 litres per square meter over four days, is expected to continue until at least Wednesday, but according to the forecast of the State Meteorological Agency, this afternoon will see a slackening of the most intense April rains in 70 years, following the almost miraculous recovery of our reservoirs. 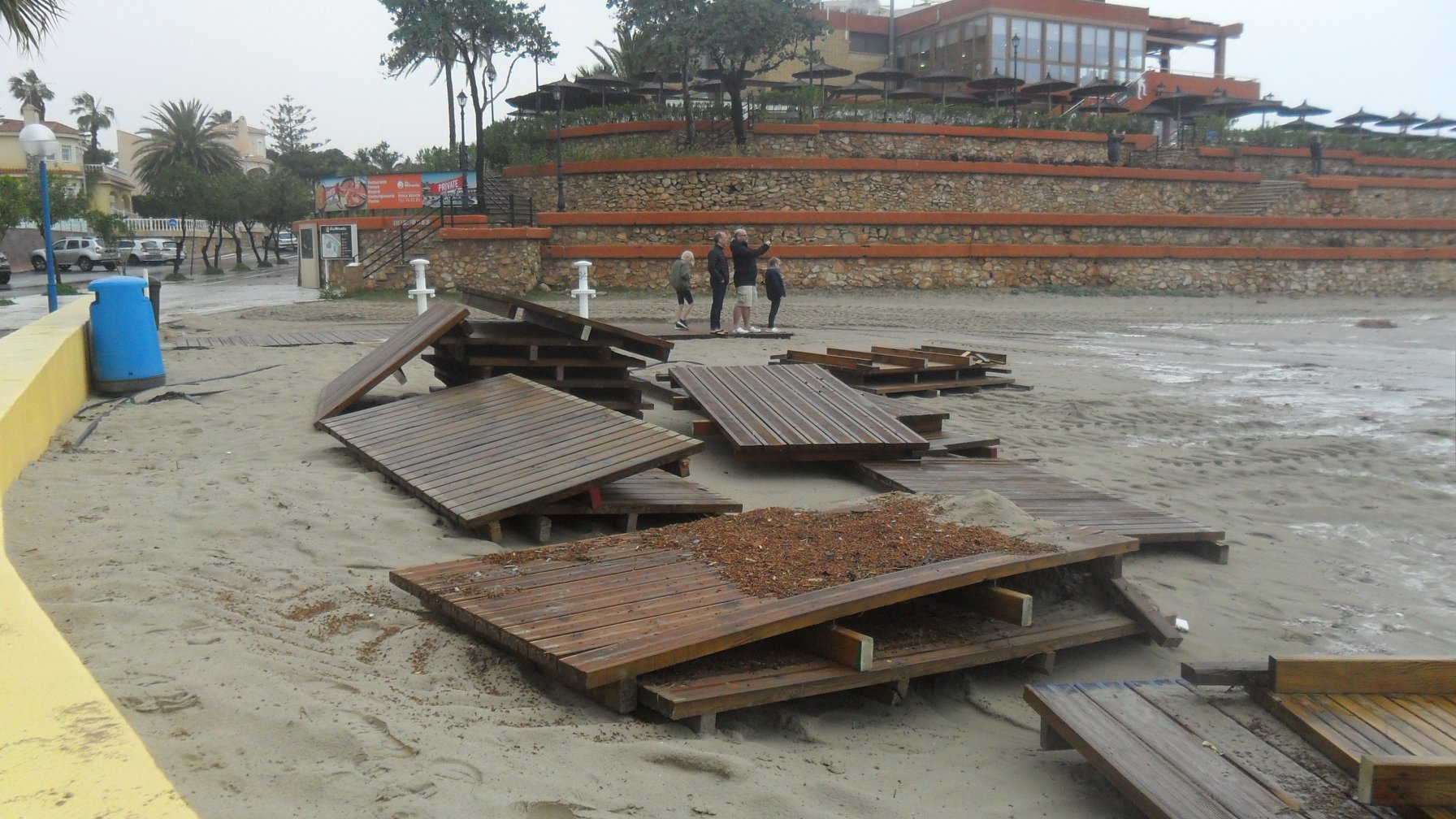 The rainfall will continue on Monday in Catalonia and across most of the norther parts of the Valencian Community and bringing with it strong winds or certainly intervals of strong winds in the Mediterranean area. In fact, seven provinces of the peninsular east will remain on notice for rain, wind and waves, according to the prediction of the State Meteorological Agency.

On Sunday afternoon the State Meteorology Agency (Aemet) issued a red alert in the northeastern zone of the province, in the districts of Marina Alta and El Comtat for the risk of heavy rains. 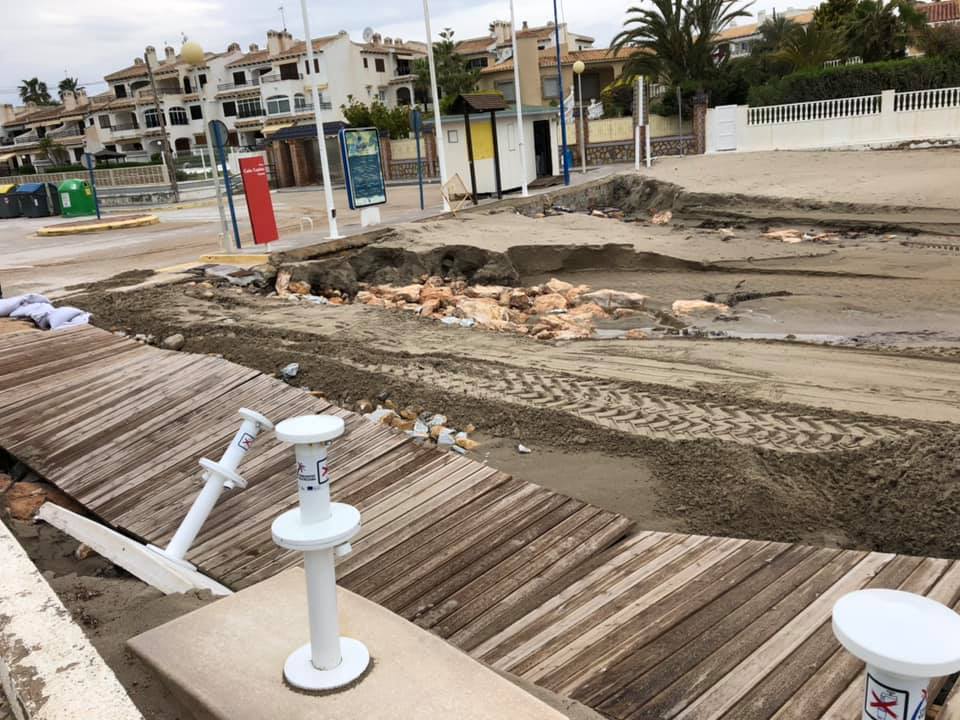 They add that even today the rains could bring up to 50 litres per square metre in the norther sector. In addition, Aemet established an alert for strong winds throughout the province this morning, which it forecast could reach 70 kilometers per hour. According to the forecast prepared by the agency, the rains will ease off from noon, but may still reappear tomorrow afternoon. However, they should be weaker than those seen in recent days.

There was a slight break from the rains during Saturday night and yesterday morning in the southern half of the province, however, at 3:00 pm, heavy cloud returned from the sea, sweeping the territory from south to north.

According to the records in the observatories of the Associació Valenciana de Meteorologia (Avamet), in Xàbia there was rainfall during yesterday of 267 litres per square metre, 242 in Jesús Pobre, also in the Marina Alta, as well as 231 in Dénia. In El Comtat, the town that had the greatest rainfall was Agres, with 186 litres.

However, there were also heavy rains yesterday in the Vega Baja, where there were some significant incidents. In Torrevieja, public transport was suspended again and several streets were flooded, including Avenida Cortes Valencianas, one of the main entrances to the town. There was also significant damage on the coast of Orihuela Costa, as in Cabo Roig, where the rain caused damage on the seafront including the coastal walkway which saw substantial subsidence, long stretches of which are now closed. 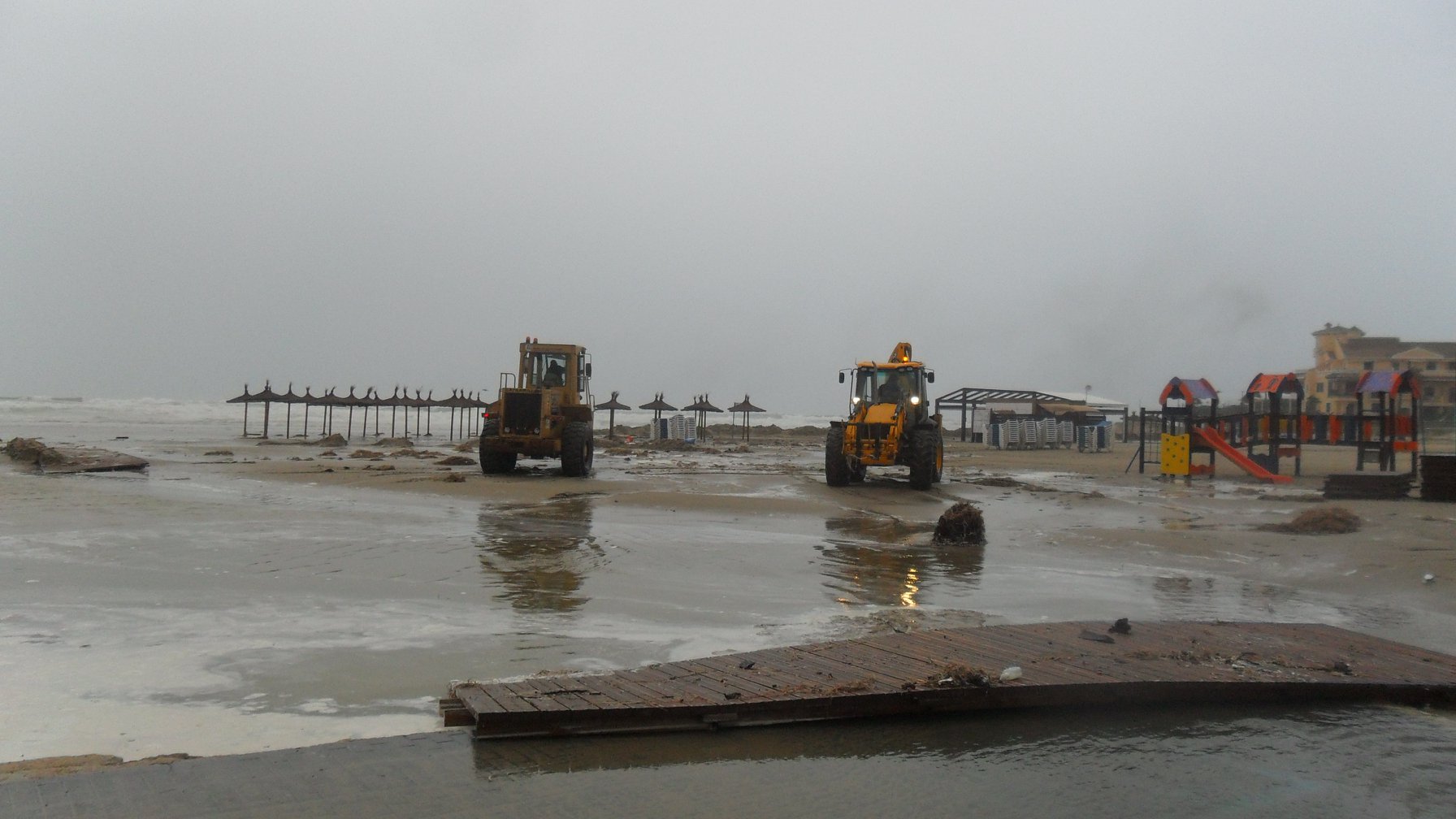 Staff from local Ayuntamiento’s, certainly Torrevieja and Orihuela, have already been working on the beaches with many already seeing significant improvements from the awful state they were in only 24 hours ago.

There was hardly any sand on the beaches of Torrevieja and Orihuela Costa, devastated by the strong waves of this past weekend. The damage is substantial particularly to the beach furniture. Walkways, footbaths and litter bins have disappeared or are seriously damaged in many of the sandy areas such as El Cura and Los Locos in Torrevieja or Cala Bosque and Cala Cerrada in La Zenia, Orihuela Costa.

In Orihuela they are now working to repair the beaches after being swept by the storms, rain and wind. The sand has disappeared in many of its coves and the furniture will have to be replaced in the coming days.

“As the rainwater in Orihuela Costa is retained on the surface it inevitably ends up on the beaches where it then displaces the sand,” explains the councillor for beaches, Luisa Boné. Several metres of walkways have also disappeared, as well as footbaths and litter bins, many of which were put in place especially for the Easter holidays. The Cabo Roig promenade continues to be closed as parts of it have been detached following the impact of the strong waves. But already the seafront of La Zenia and the Playa Flamenca bridge have been reopened today, after having been rendered useless this weekend by the floods. ”

The councillor of Emergencies in Torrevieja, Javier Manzanares, said “I want to especially congratulate the Civil Protection volunteers for the enormous amount of work they have undertaken during this long weekend,” Their volunteers have had to collaborate, along with the firemen and the Police, in many areas that had been flooded by the water”.

At the time of writing there have been no serious incidents, although problems could re-occur during the early hours of Tuesday morning.

At the time of writing there have been no serious incidents, although problems could re-occur during the early hours of Tuesday morning.