Water, water and more water. The cold spell that has been lashing the province since Thursday night has completely ruined Holy Week and left with it a trail of desolation, with floods, everywhere, falling trees and palm trees and flooded municipalities .

It is now said to be the worst storm in the month of April since 1946, 73 years ago, and has overwhelmed the emergency services, which have failed to cope with the nearly 300 call outs throughout the province. In many of the provinces weather stations results show that the rainfall has exceeded 100 litres per square metre in just 48 hours.

Professor Jorge Olcina, who is the president of the Association of Spanish Geographers (AGE), said yesterday that there has not be as much rainfall since 1946 , when there was a major flood in the Segura, which also occurred on Good Friday, never before has it rained “as much or been as widely distributed across the Iberian southeast as it is now”. In fact, between Friday and Saturday there was as much rain as the entire amount that we saw from January to April, and whilst the rain reduced the deficit the fields across the whole province and the region of Murcia have been well soaked. 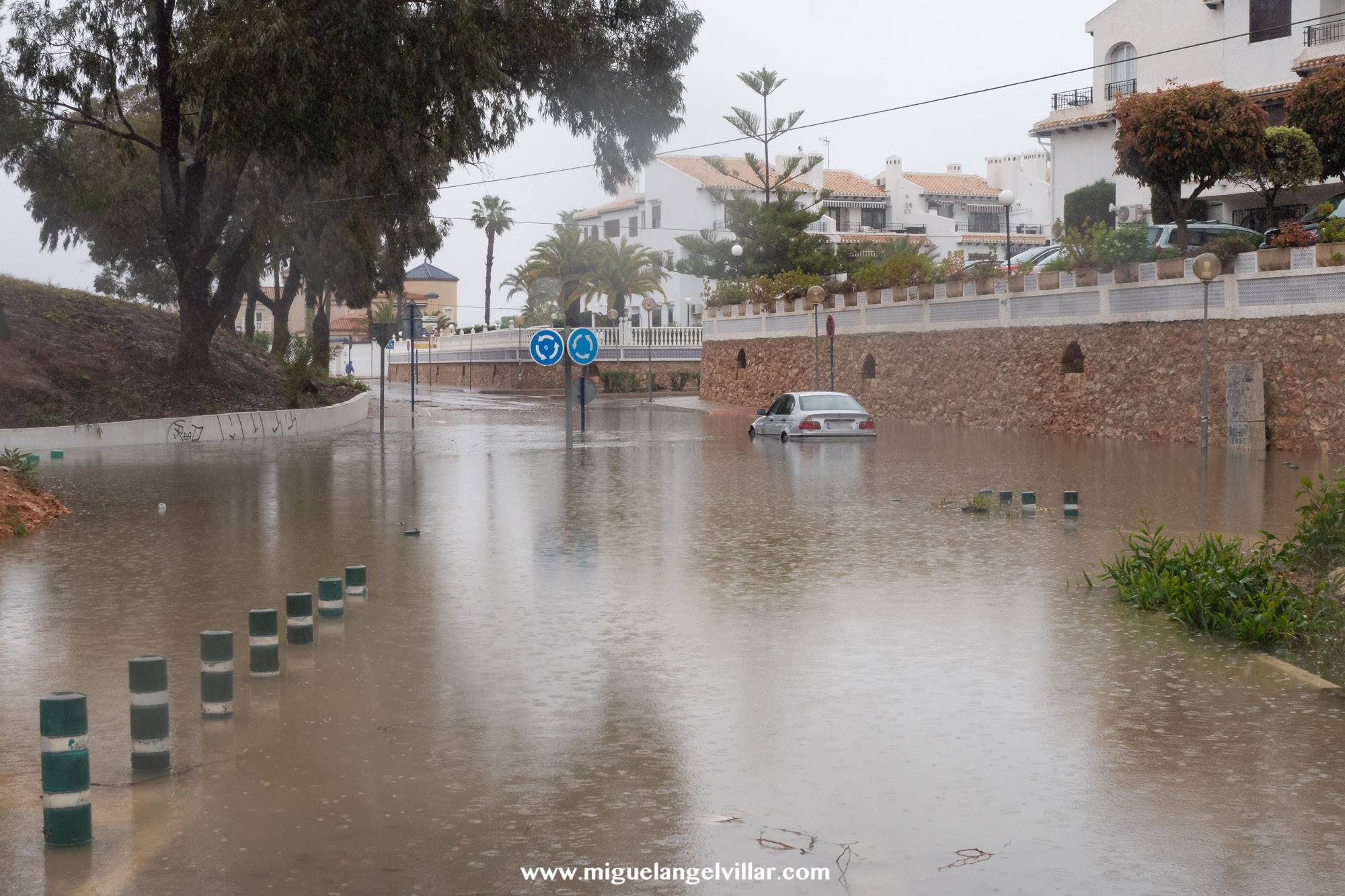 The main problems occurred in the south of the province, in the Vega Baja, where the city of Torrevieja, which has seen more than 200 litres per square metre, suspended its urban transport and closed such important roads as Rosa Mazón and Delfina Viudes, the road that provides access to Crevillent, along the CV-905, which is practically a highway.

But the City Council reported that many drivers were either ignored their warnings or were not aware of the danger of driving on some of the roads which had been transformed into lakes. Many vehicles still remain abandoned, although there were no major incidents because the drivers chose just to leave them where they had broken down.

Torrevieja, once again offered an image of a city that is ​​unable to deal with its floods due to the lack of infrastructure, something that has worsened since the size of the city has almost doubled, encouraging for many years construction that it could not deal with. The water has nowhere to escape and when it reaches the level of the salt pans it simply floods wherever it can. The works carried out to alleviate flooding during recent years do not repair the deficiencies that the city has.

Elsewhere in the region, in Orihuela, the Segura Hydrographic Confederation was watching all day for a possible overflow of the river, something that occurred in the Reguerón area, when the Segura exceeded 3.5 metres in height, flooding some adjoining houses. In the basin of one of the driest rivers in Spain, up to 80 litres per square meter were registered in 12 hours. In some points the levels surpassed five metres in height, but fortunately there were no major incidents or dangers. 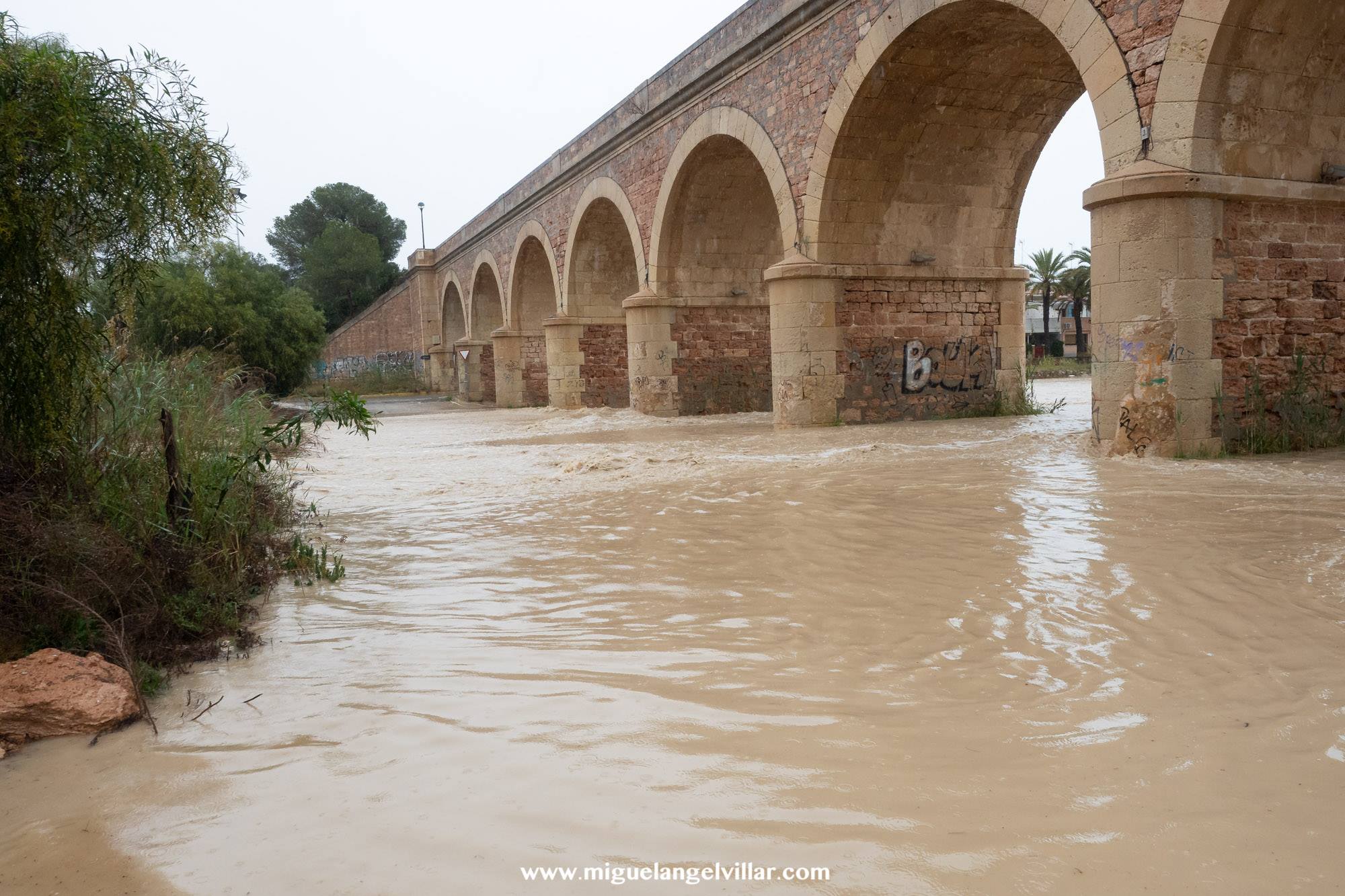 The only injuries occurred on Friday night when a wall of an abandoned house fell on two men as a result of heavy rains, as reported by the Emergency Information and Coordination Center (CICU). According to police sources, the men were both homeless and had taken refuge from the rain in the house, located in the hamlet of Correntías.

In Guardamar, the País Valenciano avenue was closed in the morning when masonry fell from several buildings, but which were removed by the firemen.

In Elche, the water flooded one of the tunnels of the main ring road, when the drainage system failed, trapping three vehicles, making it necessary to rescue two drivers who had left their vehicles before the rise of the water. Up to 14 routes were closed to avoid incidents. During the Friday/Saturday night, numerous incidents related to the heavy rain were attended by the emergency services. The main roads affected were the Circunvalación Sur between Avenida Santa Pola and Portalada, the N-332 at its access to Arenales and the old Santa Pola road.

According to reports the Consortium of Alicante Firefighters rescued four people from three vehicles, one of which fell into an irrigation ditch in Orihuela, while the other two were rescued from flooded watercourses located in Novelda and Sax , although none of them suffered injury. In Novelda, in  a flooded ravine that connects with the Vinalopó River, a car completely although the driver and his passenger were able to get out of the vehicle before it began to sink.

There was just one rescue in Sax, on the ravine of a flooded gully, when water began to enter a vehicle through the exhaust pipe although the firemen were able to remove a woman without injury. 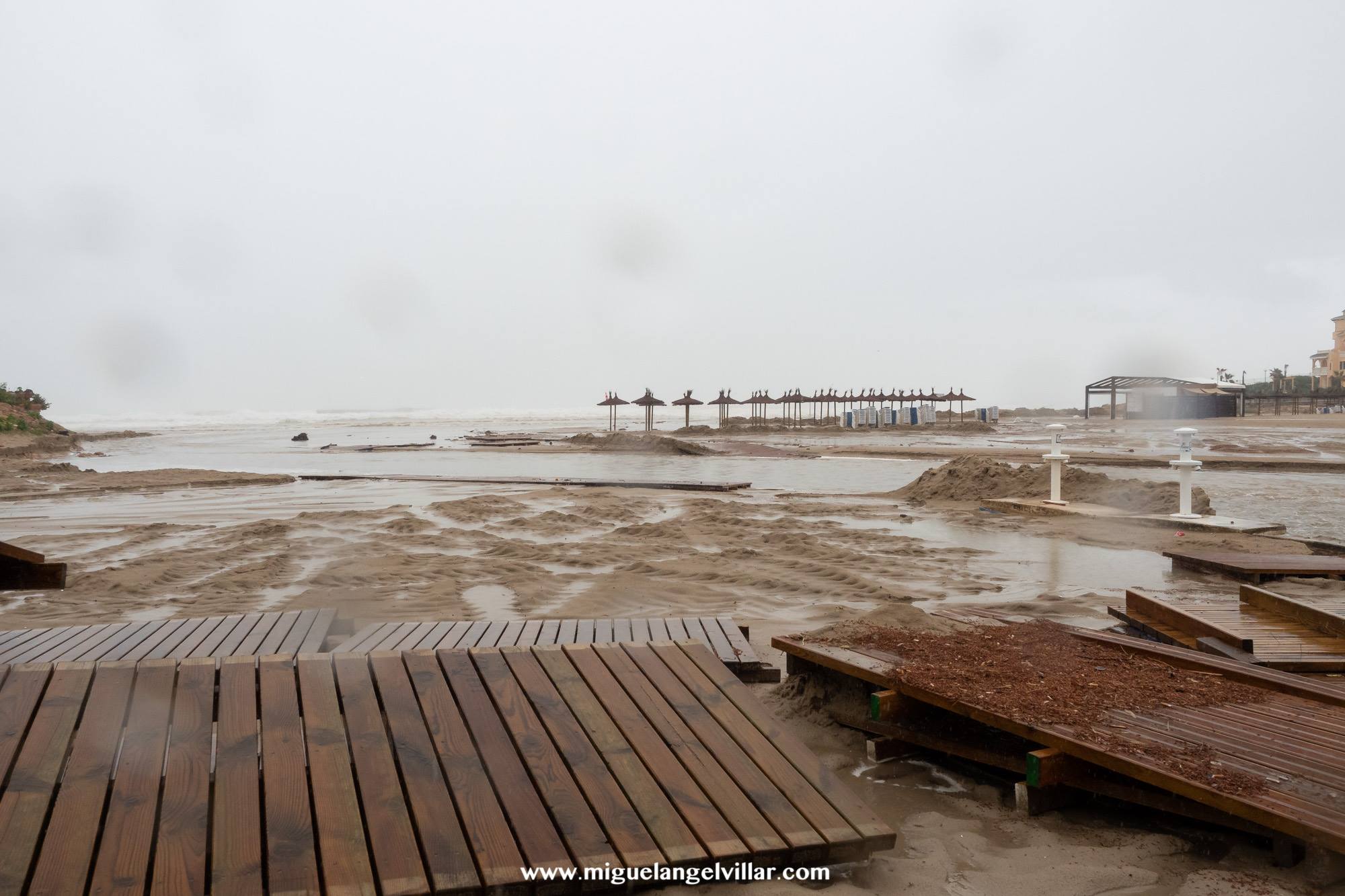 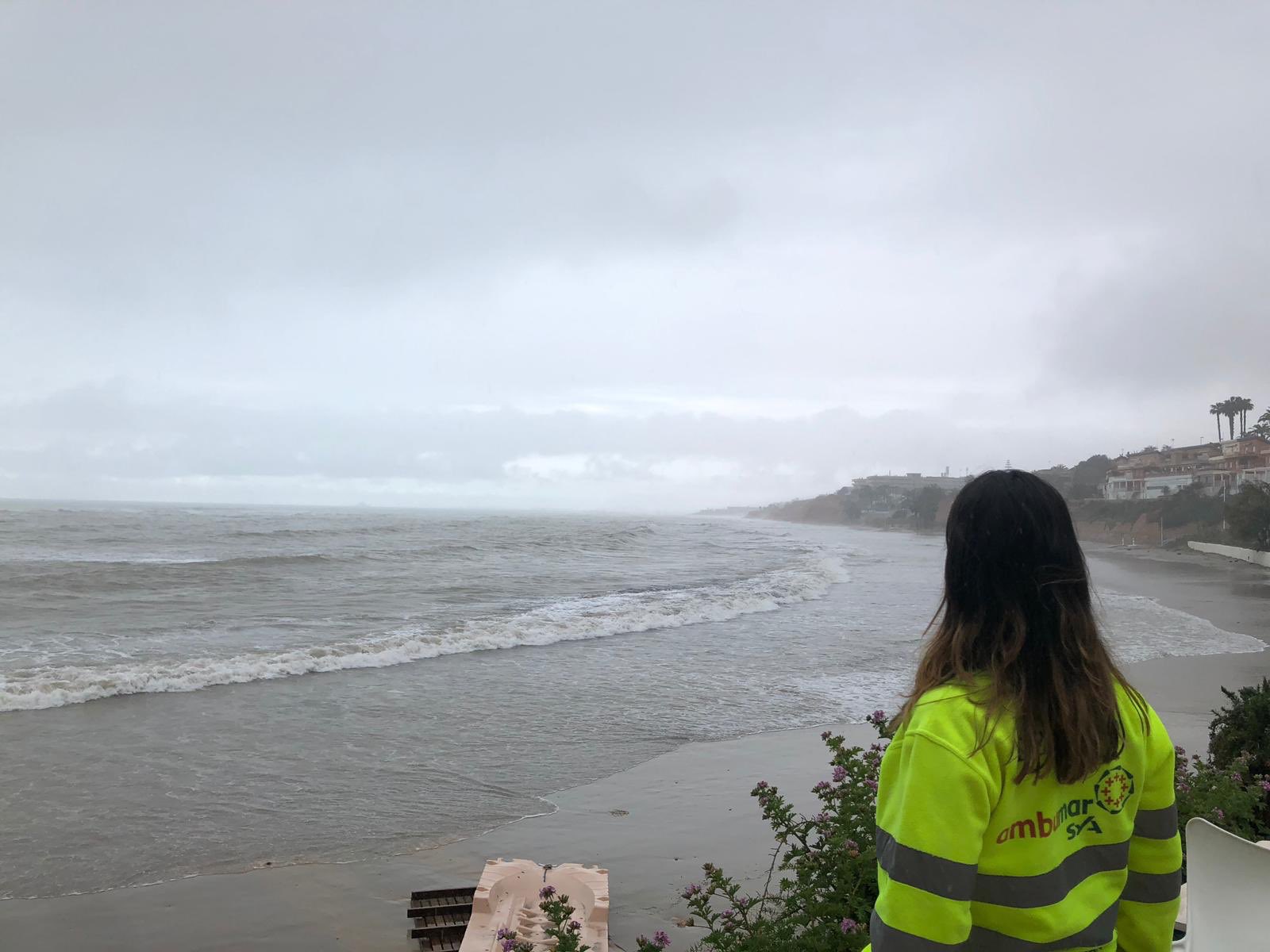 In Alicante, the strong rainfall at night and early morning caused damage to the city and beaches due to water accumulation, gusts of wind and waves. A palm tree fell on a vehicle in la called General Espartero, while another a tree fell on a building in the area of ​​Campoamor. There were also floods in many sections of the Park, with abandoned cars.

The firefighters had to perform more than 70 call outs to reduce water in some basements and to remove the branches of the fallen trees.

One large tree collapsed in the plaza of the courts of Benalúa, according to sources from the Palace of Justice. It is the second tree that has fallen in the square, since last March when a similar incident occurred.

The beaches suffered the worst effects of the storm, with notable damages on the Albufereta sands, where the force of the sea had completely wrecked the wooden walkways and that had been built for the Easter holidays.

According to Olcina, it is expected that the situation will be slightly easier today, as the cold drop moves to North Africa and will gradually diminish from north to south across the Valencian Community and Murcia.

“However this is not the end of it as next week we will have more turbulent weather, with the possibility of storms forming between Tuesday and Thursday. Although not with the same amount of rain, or intensity of the cold drop. They will be scattered storms.”

Homemade remedies to remove bad smells from shoes this summer