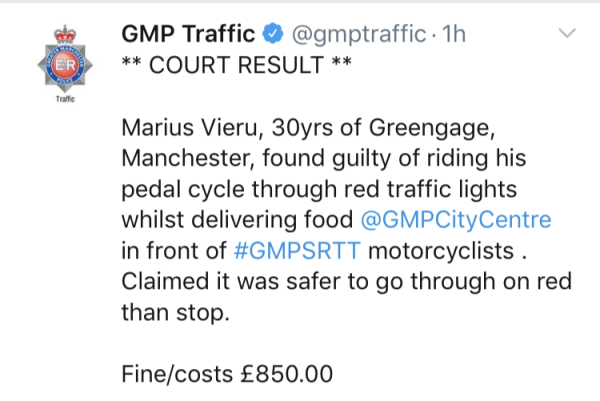 In a relationship that seems to have developed into one of almost bitter rivalry, cyclists and other road users seem to be at constant odds.

Sweeping statements like, “all cyclists go through red lights”, or, “cyclists think they own the road”, are grossly unfair, but it is true that this happens. Just like cyclists who are in a group riding more than two abreast, or not allowing other traffic to pass, but the reality is, it is only a portion of these road users that give the rest a bad name.

It is however important to remember that a bicycle, when on the road, is classed as a vehicle, and therefore the rider is responsible for adhering to almost all of the laws that apply to other vehicles, which means they cannot go through red lights, or consume more than the prescribed limit of alcohol, they can´t wear headphones, and they can´t use their mobile phone whilst riding, amongst many other things.

Equally, other road users must respect cycles and accept that they have as much right to use the road as other vehicles. If it´s safe to overtake, then you must give at least 1.5 metres of space when passing, and if you can´t give than minimum space, then you mustn´t attempt to overtake, as the cycle has a right to be there.

Cyclists cannot ride across zebra crossings, because we wouldn´t expect a truck to do that, and the rider must dismount before they do. When cycling on specially designed cycle paths, riders must note and take appropriate action when they see road signs, which include the ones marked STOP before crossing a main road, for example.

By the way, the traffic police do monitor cyclists as well, and, in case you are in any doubt, they do issue fines and sanctions to riders who are caught. The Pegasus equipped helicopters also monitor cyclists to make sure they are adhering to the law and despite finding that the majority do, the helicopter crew initiate action against those they find who are not obeying the law.

If you are curious about fines for cyclists, here are the most common:

This is neither a problem or a matter exclusive to Spain, as we can see from this Tweet from Greater Manchester Police below. There are some cyclists everywhere who continue to try to ignore the rules, and, whenever possible, they are dealt with to try and restore the balance and keep the roads safer for all. However, take note of the difference in the fine.

Please remember, if you are not a cyclist, is really is only a small group who give the others a bad name. The majority of cyclists do uphold the law. If you´re a cyclist who does flout the law, take note, there are laws that you must adhere to, and you are helping to give everyone a bad name, so please ride with courtesy and respect, in the same way that you hope to be respected.