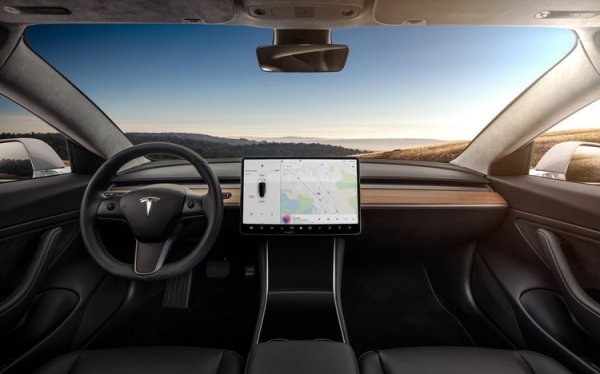 They look similar – steering wheel, foot pedals, displays with numbers on – but the reality is, a most cars differ in the equipment they offer, more so given new technological advances, and so it is important if we get a new car, even if we are just renting it, to get to know what´s where.

Though some might not admit it, many of us have accidentally put the windscreen wipers on instead of indicating, or vice versa, because the control stick is on the opposite side to what we are used to, but this might lead to a minor inconvenience in reality, compared to not knowing how some of the other vehicle features work. In recent years, different safety devices such as blind spot detectors, autonomous emergency braking or parking sensors have been incorporated into vehicles, but the amount of information they provide and the number of systems that must be kept under control can also create an increase in the level of distraction whilst driving, especially when there is a lack of real understanding as to what each of the alerts and warnings may display.

There are many systems that help make driving safer. Most of them hide behind names and acronyms that not everyone understands. Systems like ABS, ESP, BAS, traction control or blind spot control are part of the elements that, little by little, have made their way in modern cars. A study by RACE and Castrol revealed that the lack of knowledge about the operation of these technologies can have a negative effect on driving, as 6% of drivers become frightened by these systems, some 13% become stressed, and 25% report being distracted. However, this lack of knowledge not only affects drivers, as the influence technology has on businesses is far-reaching, and a recent survey within the motor trade has revealed that some car dealers are also struggling to keep up with the rapidly changing techno field. It is necessary to know the operation of each system to avoid that apprehensive feeling and anxiety caused by the use of technology that generates a continuous tension in the conduction known as ‘technological stress’. A cars cockpit has become less like a wheel and a few levers, and more like that of the Space Shuttle in recent years, and pilots are trained extensively in the use of their complex systems, a driver has to rely on a manual at best, or Google, assuming the driver actually bothers to read it of course. However, that is perhaps where to find the solution. Read the manual, search You Tube, search the internet, and train yourself for every device on your vehicle. Of course if it is a hire car it may prove difficult to do extensive research, but you should still closely examine the vehicle´s controls, and try them, before setting off. Although we can´t ignore the technology, we can acknowledge that it is here to stay, and get better. Technology is there to help us out, which is why terms like “driver assist” are so important, because the driver is still (in 2019) in charge of the vehicle. Right now, Spanish and German researchers have developed a system that analyses the behaviour of the driver, and, based on the data collected (speed, changes of gear, acceleration, etc), makes a series of recommendations in real time. In the future, the car may take over completely and there will be no need for humans to train and pass a test, but not yet. What happens in the mind? This stress caused by the technologies in the vehicle directly affects our psychophysical state. According to Luis Montoro, president of the Spanish Foundation for Road Safety, Fundación Española para la Seguridad Vial (FESVIAL), stress is a general process of adaptation to the environment whose problems appear when their level is very intense and is maintained for a long time. If the adaptation to this medium, in this case the technologies behind the wheel, is permanent, the mind cannot rest and, consequently, the body will perform negative actions. Health and driving concentration have to be compatible to drive safely. With the changing mode of information and the constant advancement of telecommunications, it seems that you can never keep up with technological developments. According to Antonio Cano Vindel, president of the Spanish Society for the Study of Anxiety and Stress, driving stress depends on the level of knowledge. While learning to drive, a level of disturbance is generated and it has an impact on an emotion associated with stress, which is anxiety. The amount of data that the driver can visualize and take into account while driving can fatigue you and, even worse, distract your attention by taking care of other data and taking your eyes off the road. Driving requires a level of concentration appropriate to the circumstances and any type of distraction can cause a road error with fatal consequences.