There seems to be little sympathy from the government once again for the latest in a multitude of protests organised on the Orihuela Costa in support of better services and funding for it’s residents.

On this occasion it was led by the Parents Association of the IES PLAYA FLAMENCA, who are asking for nothing more than the safety of their children as they enter and leave the school.

Currently they are forced to do so along a road that has seen absolutely no maintenance in years. It is filled with craters and potholes, there are no kerbs to the road as it drops off quite alarmingly at the edges and in the few short minutes that I watched protestors at the school entrance it was quite scary to see drivers of motorcycles, cars, coaches and other heavy vehicles winding their way along the road, zigzagging around the holes in order to avoid the many ruts and depressions.

As they did so during the mass exodos from the Institute on Friday afternoon, pedestrians on the side of the road, both young and some quite old, were having to step back, often quite sharply, in order to avoid confrontation with oncoming transport.

The holes and potholes in the road leading to the school have already caused serious damage to several vehicles, as well as a number of accidents. “A bus forced me into a huge hole and I scraped the side of the bridge rail. If someone been walking I would have killed him, this is not acceptable”, said Román, one of the protesters.

Another said that only last week he had been forced to replace a tyre after his car hit one of the holes causing the rubber to split and although he denounced the town hall for the damage he has absolutely no hope whatsoever of reclaiming any of the cost. 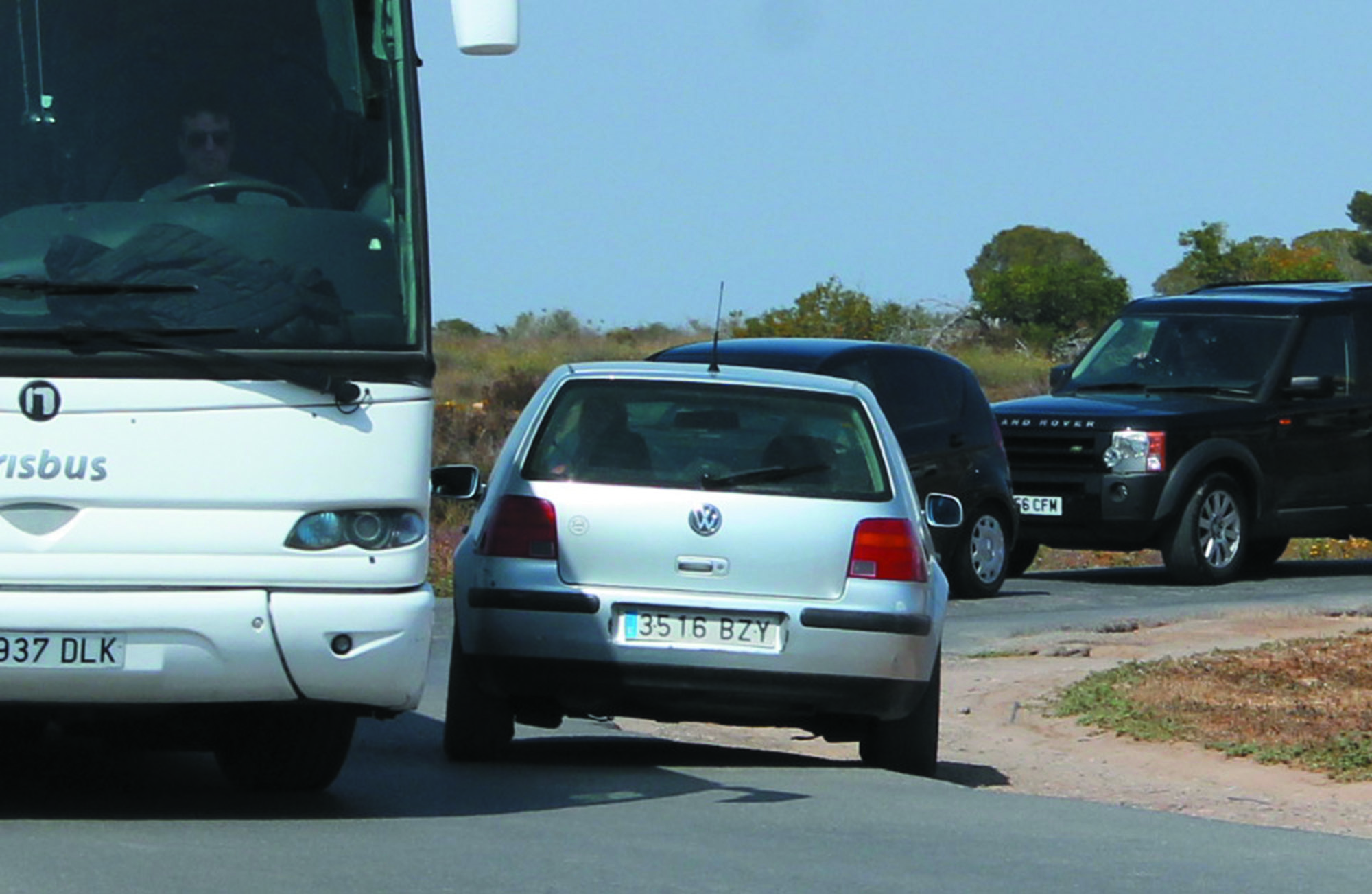 Of course they are just a couple of many as governmental action continues to be totally insufficient in meeting the needs of the Orihuela Costa, with many roads suffering such a level of deterioration that they have long posed a risk to road safety and to the safety of the general public, as well as presenting a very negative image to the hundreds of thousands of visitors that come into the area every year.

The president of the Ampa explained that “5 buses and 500 families drop off children every morning during which time the cars have to leave the road so that the coaches can pass. It is also extremely dangerous for those on foot as there is no pavement, and at 2pm, with children leaving the school en masse, the road is filled with vehicles travelling in all directions, as witnessed on Friday by THE LEADER NEWSPAPER. “We ask that the road be properly repaired and if it is a private plot the council must expropriate it, but do not continue applying patches which seems to be the only thing that the City Council does”, said Yolanda Fernández.

Over two years ago the FAOC submitted a list of priority actions required to be carried out as a matter of absolute urgency, one of which was the access to the Playa Flamenca Secondary School and the bridge over the AP7 (zone 4). Two years on not a single metre of road has been improved.