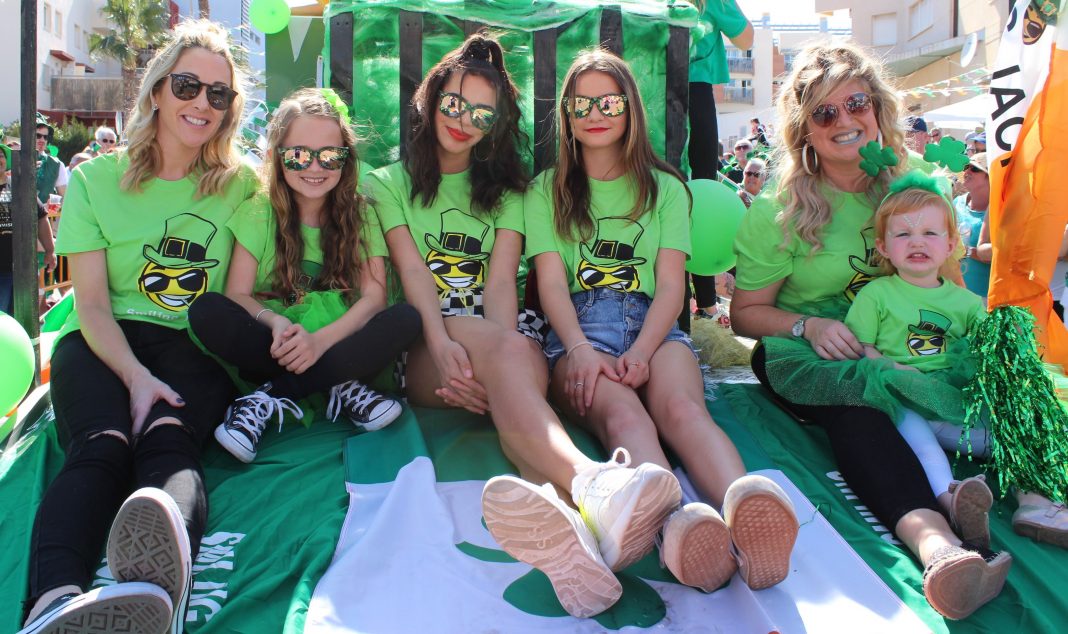 Over ten thousand people flocked to the Orihuela Costa on Sunday where they were treated to the biggest and the very best St Patrick’s Day carnival held in the nine year history of the Cabo Roig parade.

Since those early beginnings in 2011, when less than 4,000 people saw Sligo Co. Councillor Jerry Lundy march at the front of the cavalcade, a small contingent from the Irish business community have worked tirelessly, year on year, to turn the event into one of the greatest show’s of it’s kind in Europe.

Now listed by National Geographic as 9th in the top ten best parades in the world, and still climbing, watch out Dublin as Cabo Roig moves ever closer to overtaking the event held in the Irish capital. 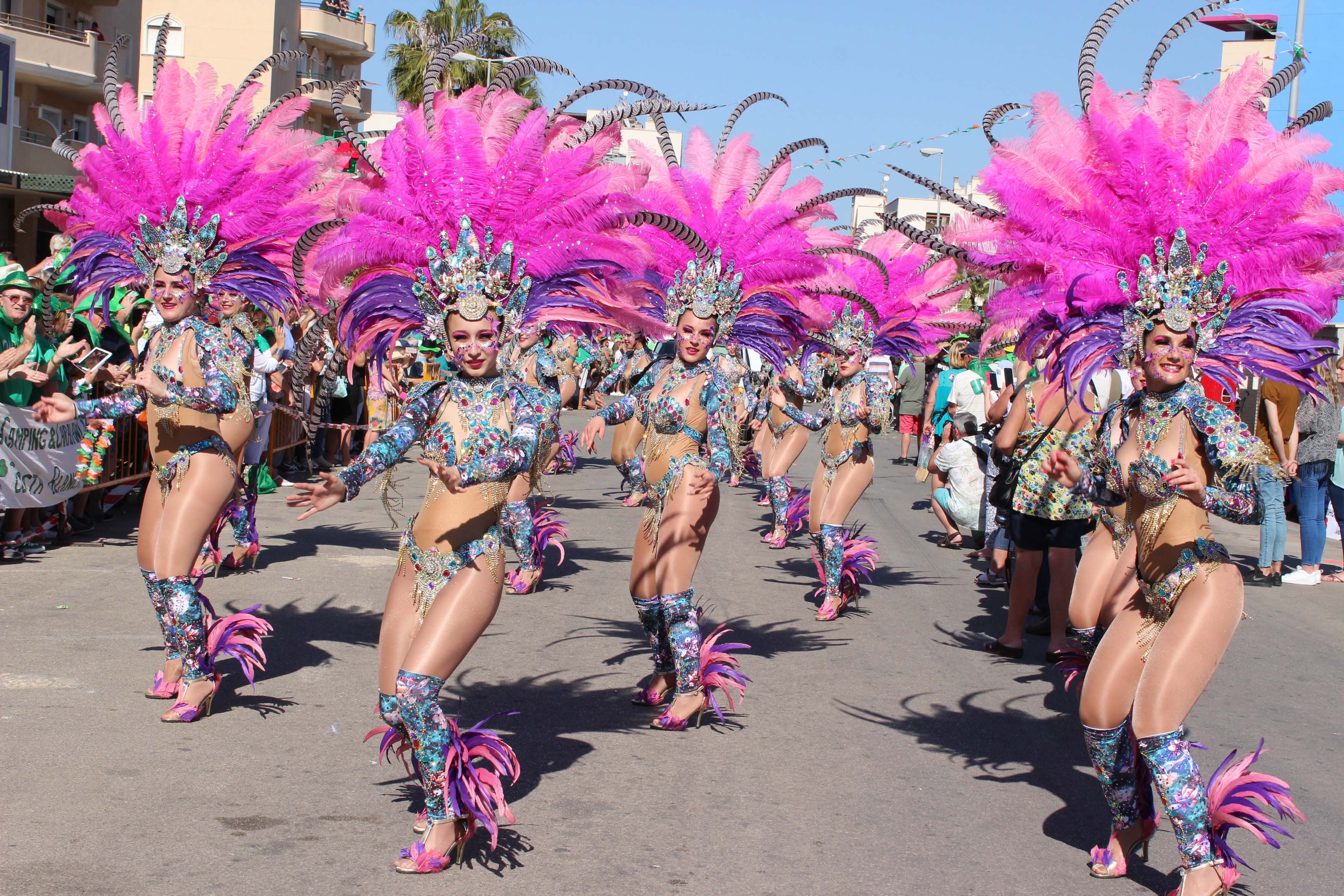 With almost 40 groups taking part in the parade, one of the most notable being the Moors and Christians contingent from Orihuela city, this was undoubtedly the most colourful and uninhibited parade that we have ever seen marching through the streets of Cabo Roig.

Led by Grand Marshall Big Joe Egan, once described by former World Heavyweight boxing champion Mike Tyson as ‘The toughest white man on the planet,’ there was no shortage of music and drinks, dancing and laughter, as the community invited all comers, whatever their nationality, to join in with the local craic. 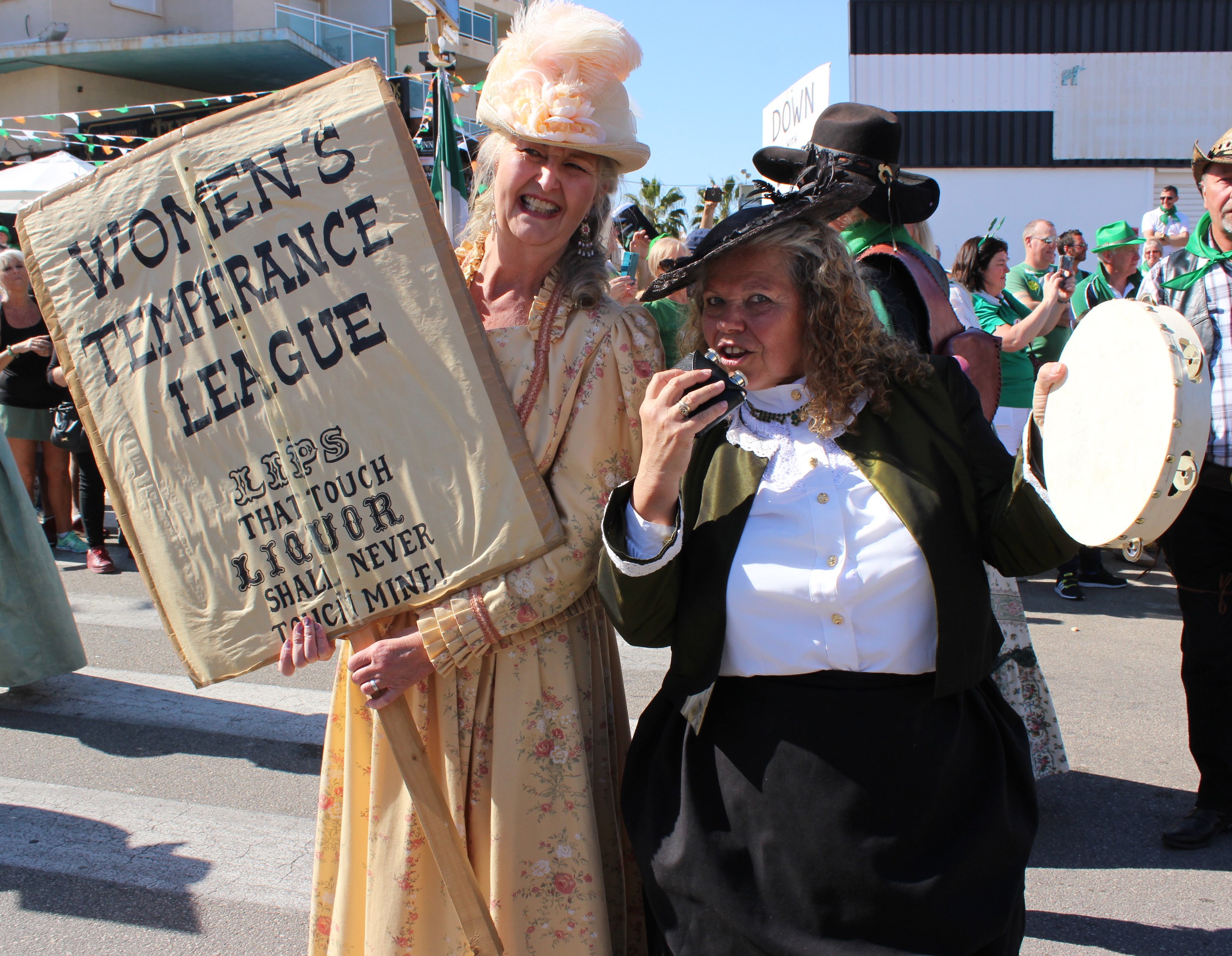 Representing the municipality of Orihuela were the councillors for Tourism and the Coast, Sofía Álvarez, who has done so much in circumnavigating municipal bureaucracy, and Luisa Boné, along with the Councillor for health, Noelia Grao.

At a short ceremony prior to the parade getting underway both Sofía Álvarez and Ruth Egan, wife of the Grand Marshall, were presented with flowers by the organising committee. 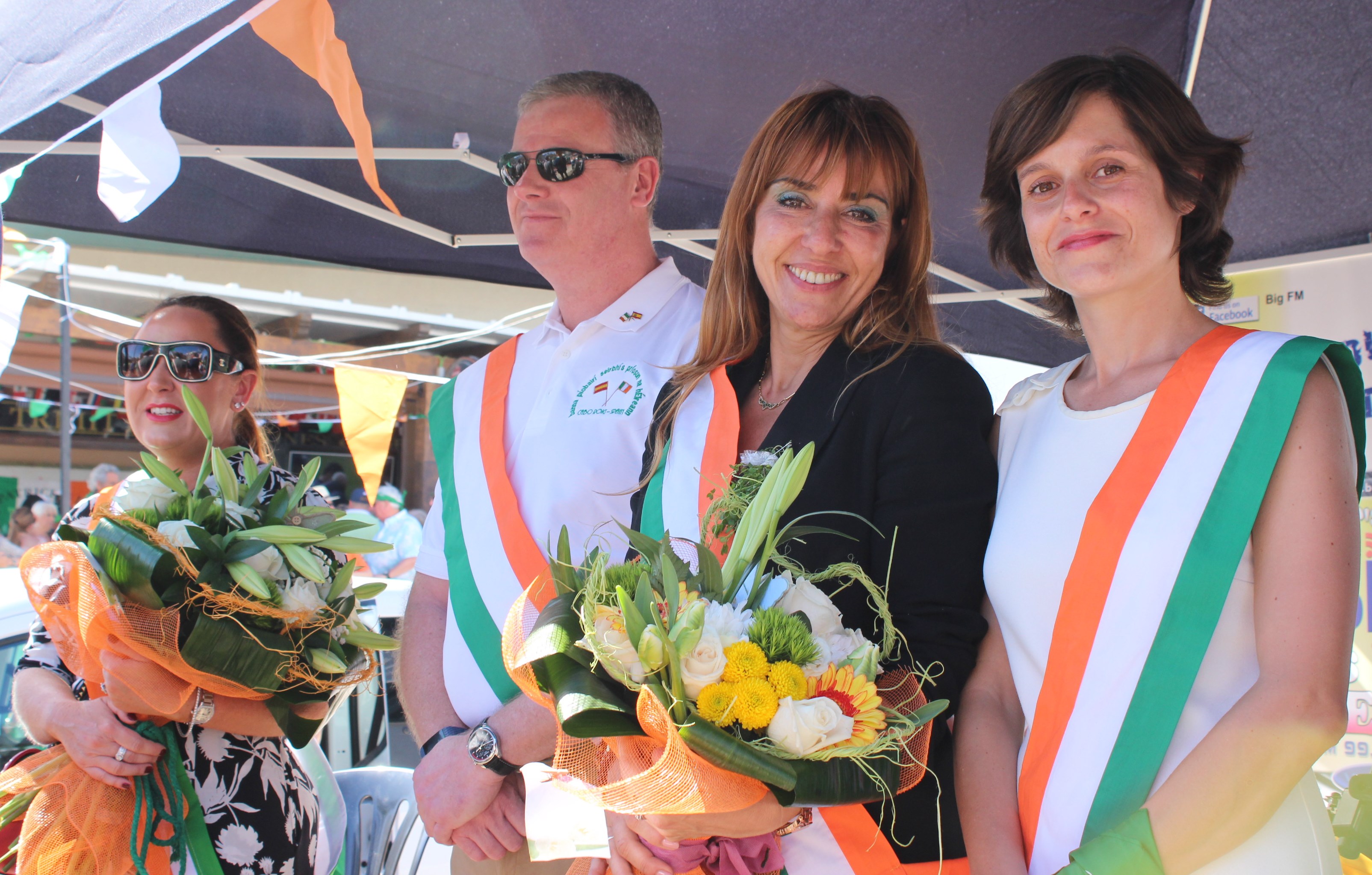 With the area awash with blue skies, and as the dignitaries marched proudly at the head, the parade got underway on the dot of 3 o clock.

The wheeled brigade was, as usual, made up of a multitude of classic motorcycles, vintage scooters and cars followed by St Patrick himself, and the Irish Prison Officers Band which led the actual parade. Comprising a record number of over 40 clubs, associations, communities, dance schools and floats, the streets overflowed with demonstrations of the many different aspects of Orihuela life.

Maria and her Pink Ladies were the chosen aid organisation, meandering through the crowds as they sought donations for their very worthwhile cancer charity, while the novelty acts included colourful stilt walkers, mirrors and punks as well as Brazilian Samba dancers, angels and demons from Valencia, acrobats and performers from the Sparta Gym in San Miguel. 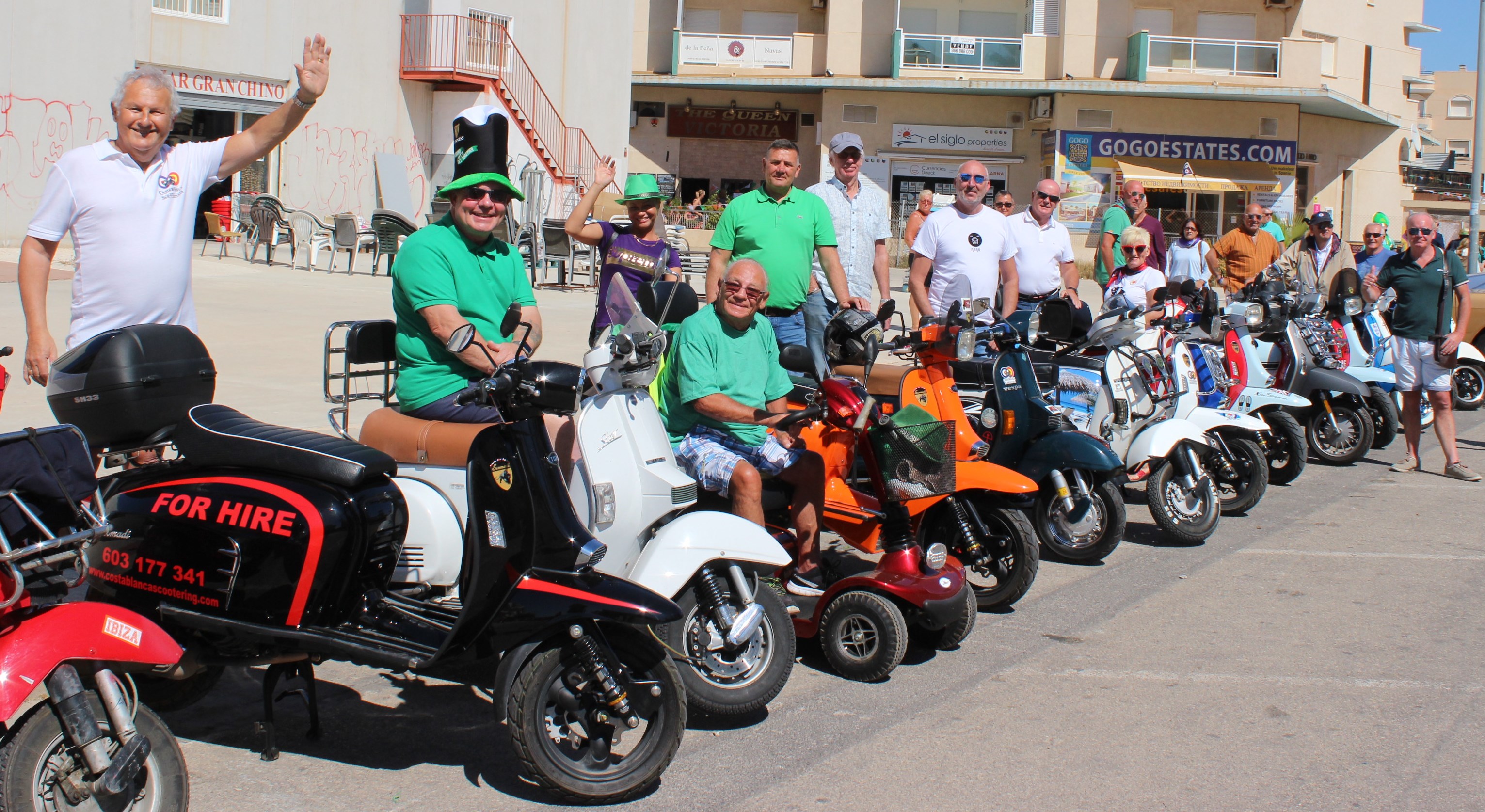 There was the Torrevieja Pipes and Drums, Footwork Dance, Benijofar Dance as well as rythmic drummers provided by la Zenia Boulevard

There were also veterans from the Irish Services, cartoon characters to occupy the kids, soldiers and cowboys from the wild west, and the best part of a dozen floats constructed and operated by members of the local business community. 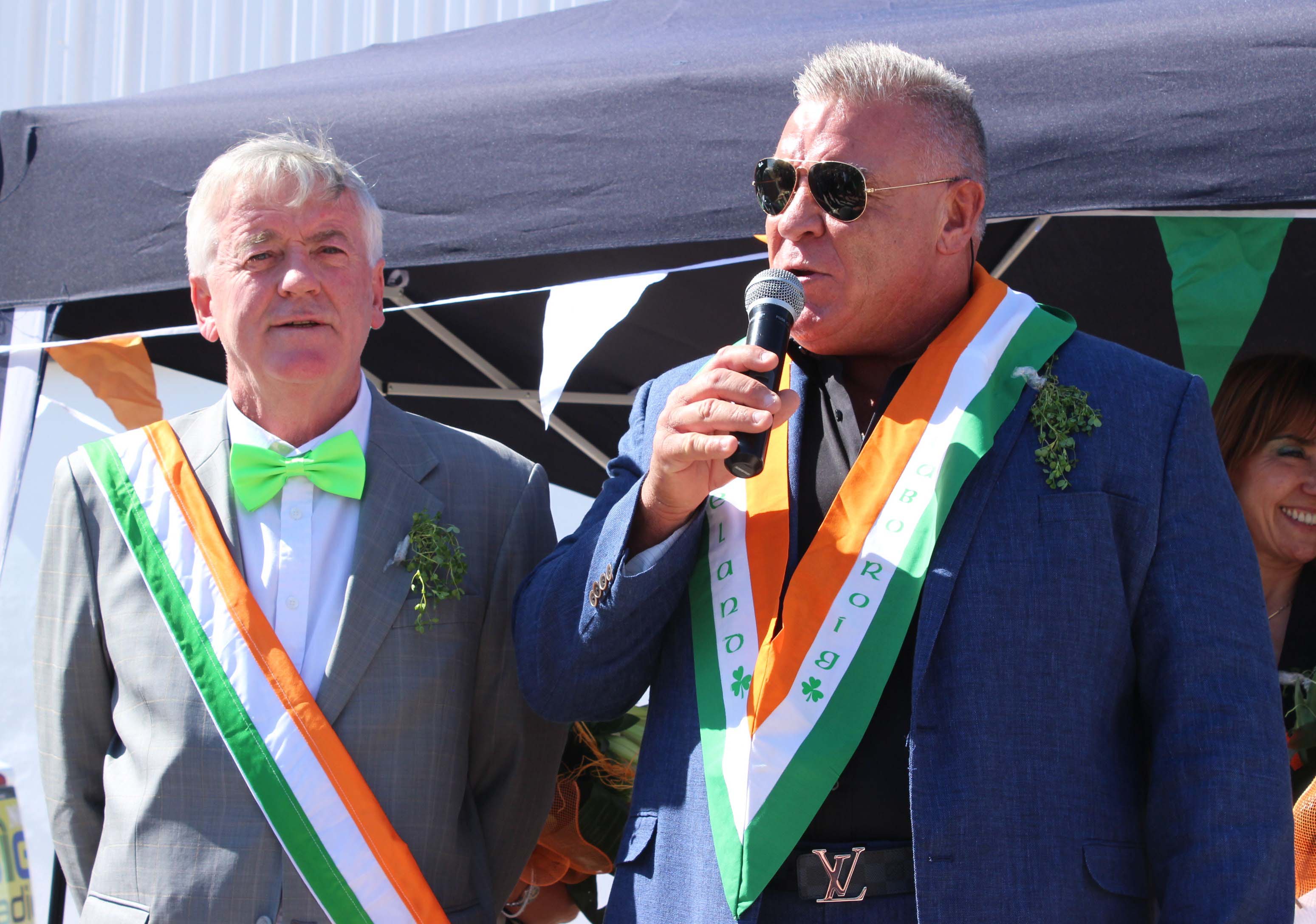 Earlier in the day a craft, vegetable and artichoke market had occupied the lot adjacent to the medical centre.

There were some fabulous costumes and groups and all in all the organisers delivered the spectacular parade that they had promised, culminating with a fireworks display during the early part of the evening along Calle del Mar.