On the night of 6th March EHCRC received a frantic phone call from the Police in Almoradí: two equines were running wild around the roads, they reported, and they needed help. As always, EHCRC responded immediately.

What they found they believe is a little family – mum, a 9 year old tiny little pony and her son, a mule less than a year old. Their vet is concerned that she could also be in foal. Both equines are absolutely terrified and have been appallingly treated. The pony’s hooves are in a dreadful state which has got to be causing incredible pain never mind the long term complications for her health but x-rays will determine the extent of the damage. Once done the farrier and vet will be able to decide on the best way forward. She also has painfully sore skin caused by a parasite infestation, she is terribly malnourished, and has sores on her face from a badly fitting head collar.

The young mule has had half of his coat cut or shaved off which has left lacerations all over his young little body. He also has scarring on his nose from an ill-fitting head collar.

They are inseparable and any attempts to divide them is fruitless. So once they are a little more settled and stabilised these little souls will have further tests, investigations, etc to ascertain their ongoing treatment and care.

Sue Weeding ‒ EHCRC Co-founder ‒ said: “The Police as always were very thankful for our help and we would like to extend our thanks to them. Our relationship with the Police, Guardia Civil and local Authorities is increasingly improving as animal welfare becomes more of a priority for those concerned. The Police know we will do everything possible for an equine in need.”

Without the services of EHCRC these types of rescue would just not be possible and the Police would not have anywhere to take them. But it comes at a price: currently the basic running expenses for the 120 equines at the Centre are €5,000 per week and that does not include the extras like when an animal needs intensive veterinary treatment, hospitalisation or when fodder needs to be bought in bulk as and when it is available. The outstanding bills at the moment come to a whopping €15,000 on top of the €5,000 per week. Now with two more in need of a lot of care and probably costly ongoing treatment, EHCRC can only keep going with the support of the public. 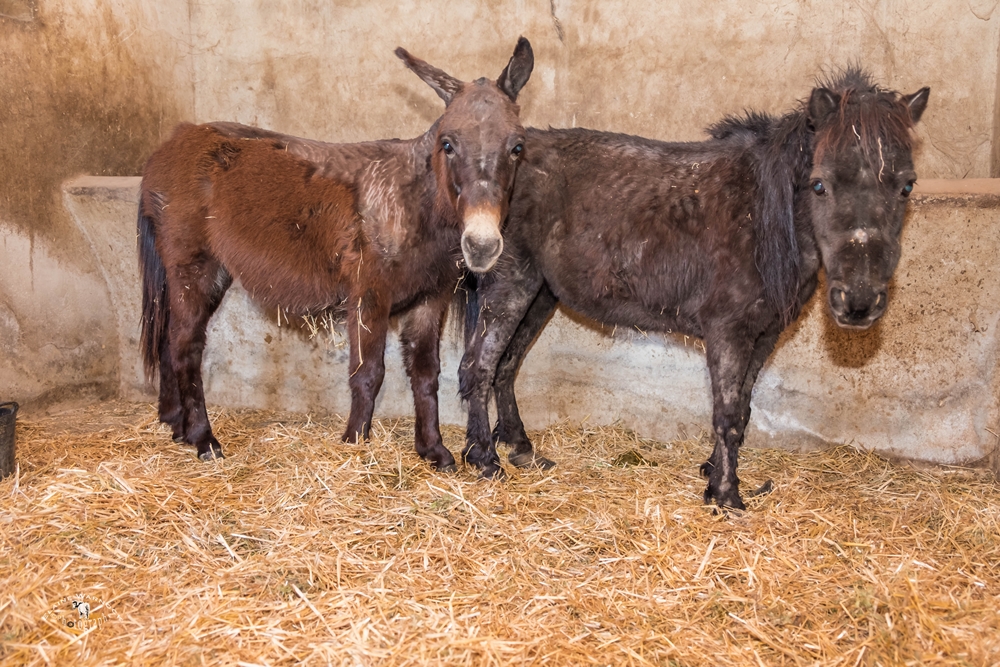 “We already have a fantastic following of supporters and an incredible group of volunteers who help us make all this possible but we need more assistance from more people,” Sue Weeding said.

If you can help in any way like donating good quality furniture or donating financially, it would make a huge difference to these animals, every little helps and especially at this time with so many extra expenses. Please get in touch by phoning 652 02 19 80, by emailing rescue@easyhorsecare.net or our web page www.easyhorsecare.net.

Passenger on flight from Dublin to Alicante-Elche arrives in Los Montesinos – after an EIGHT hours dilemma!