Along with local businessman Raymond Kearney, the Orihuela Councillor for Tourism, Sofia Alvarez, attended a press release on Tuesday where she spoke of the celebration of Saint Patrick’s Day, which will take place on March 17 in Cabo Roig.

“It is a very important day for the Irish community, and also for the residents of Orihuela, because there are many Irish people who live on the coast of Orihuela,” said the councillor.

The events will begin on Friday, March 15 at 7:00 p.m., with a reception at the Orihuela Costa Town Hall on the coast, where the 2018 Grand Marshall, former heavyweight boxer and current Hollywood star, Jo Egan, will be presented to the public.

The following day, on Saturday March 16, “the Association of Residents of Desamparados will organise various craft workshops” said Alvarez, “with the aim of showing in the area of the Medical Centre Orihuela Costa. There will be 6 activities that can be enjoyed, an explanation of the harvesting procedure for the artichoke, eating liquorice, lettuce, broccoli, orange, lime and grapefruit workshops. 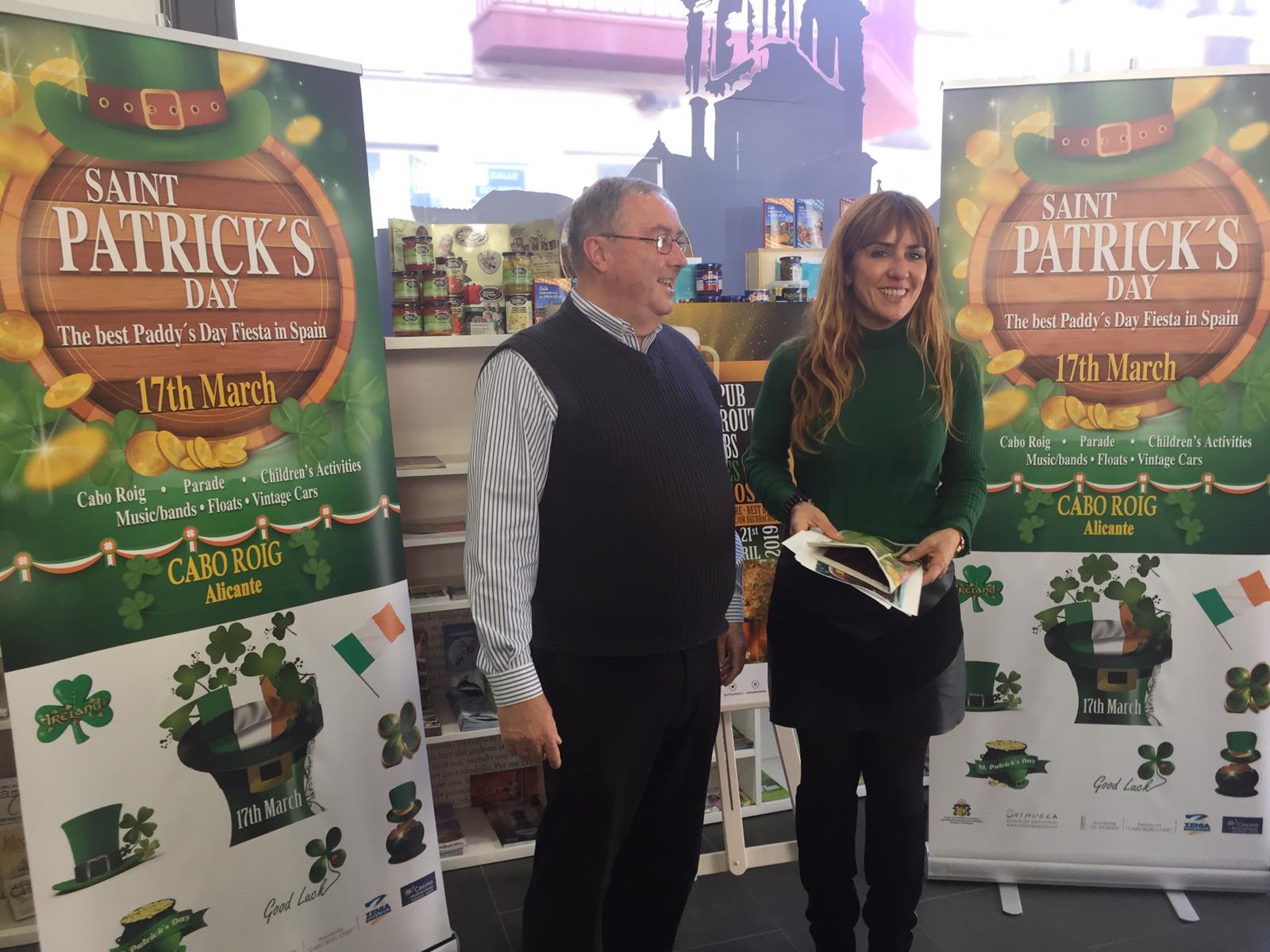 On that same day, the children can enjoy Pintacaras on different points of Aguamarina, thanks to the Irish Association. In addition, Turismo will also take the London bus that was branded with the Orihuela emblem at the recent FITUR event held in Madrid.

On Sunday, March 17, at 3:00 p.m., Saint Patrick will be celebrated with the largest parade in Europe, in which almost 1000 people will participate. This year the parade will include 80 representatives of the the Association of Moors and Christians of Orihuela. “It’s about uniting these two important cultures, as well as showing the world that Orihuela is one of the best destinations to live and visit,” said Álvarez. Ray Kearney explained that “many expatriates have never seen the Moors and Christians Festivities, and this opportunity will be good for tourism and will also help to strengthen ties between the coast and the city of Orihuela.”

Kearney thanked the City Council and the Department of Tourism for making the event possible, and concluded by saying that “on Saint Patrick’s Day everyone is Irish, regardless of where they come from. We will spend a wonderful weekend and anyone will be welcome.”

Álvarez added that on the 20th and 21st of April the 2nd Irish Pub Route of Orihuela Costa will take place. “Last year was a great success and we hope it will be repeated. We have published a newspaper with all the information, so that visitors and residents can find out all of the information about these two important events.