Last Sunday CD Montesinos travelled up the AP7 to take on Atletico Catral and to try and cement their position of mid-table safety.

Recent results indicated that this might be too close to call. Monte lined up with Diego replacing the presumably injured Alex in midfield and stalwart defender Dimitry back on the bench. In a nervy first few minutes, neither side offered much to the eye (apart from the home team’s violently luminous kit), with Monte battling hard in midfield and Catral punting hopeful long balls forward.

Catral, however, nearly opened their account when a defensive mix-up on the left resulted in a rasping shot that Carlos did well to touch onto the angle of bar and post and finally out. The subsequent corner was swung in right under the crossbar and just about scrambled away.

Ominous signs for Monte that any defensive lapses would result in conceding. Carlos Lorente was, once again, the highlight of Monte attacking play with only marginal bad luck preventing him from scoring. 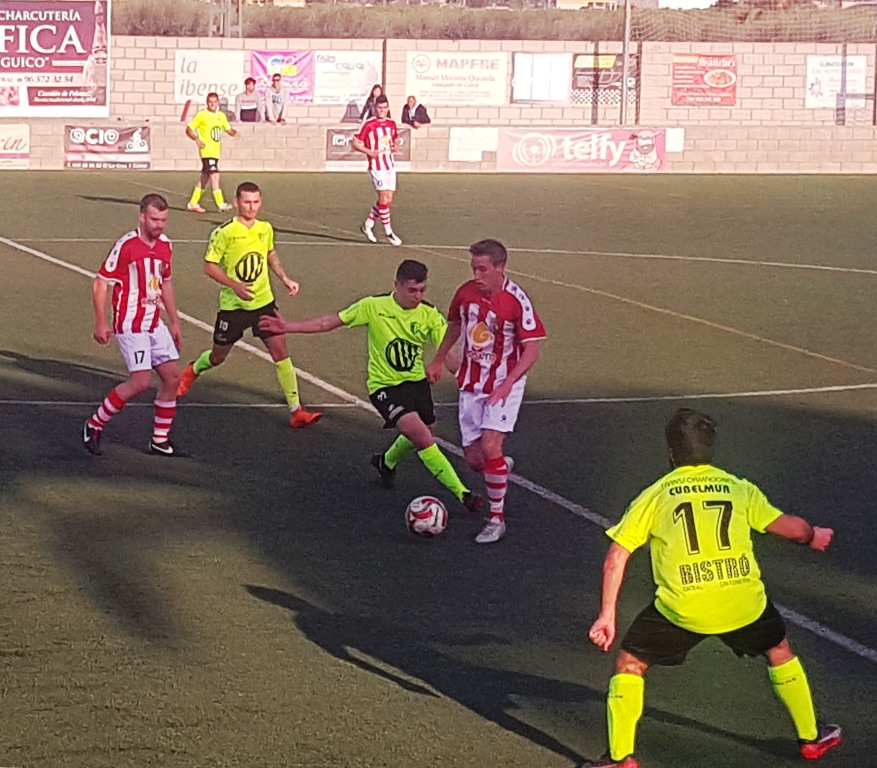 On 35 minutes though, the game was turned on it’s head when, following a whipped ball over the top in the path of the onrushing Carlos Lorente, the Catral keeper took it on himself to leave his area, and launch himself, kung-fu style, at the player, sending him crashing to the ground, clearly in agony. The subsequent red card came as no surprise to anyone watching. But, what followed the dismissal took the event deep into farce territory.

Finding themselves down to ten, amazingly the Catral team and coaching staff took it upon themselves to abandon the game temporarily and organise an impromptu team get-together at the side of the pitch for a full four minutes plus, while the rest of the Montesinos team, as well as the hapless-looking referee, stared on in bewilderment. The Montesinos section of the crowd were baying for the official the chivvy up proceedings, but, unbelievably, this was allowed to continue until the Catral coaching staff were happy to carry on.

To add further insult, the referee declined to play any of the extra time caused by the delay, blowing up almost on the 45 mark exactly. Totally unacceptable I would suggest and we can only hope that some report of this would find its way back to Valencian FA HQ along with Catral’s own video of the game.

The Monte supporters didn’t have to wait long after the restart to wonder if the extra man would make a difference, when in the first minute, following excellent work from Vaz and Carlos Lorente on the edge of the box, Roberto fizzed a drive into the corner of the goal. A great start to the half! 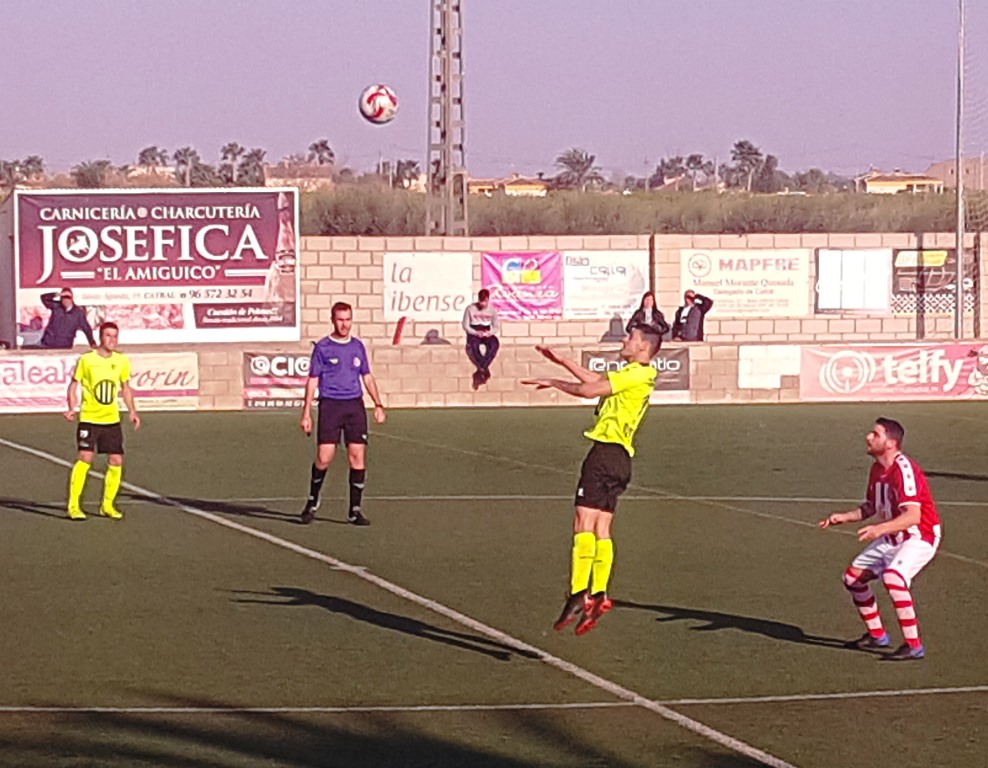 It got even better seven minutes later when the irrepressible Vaz, working alone, rounded the keeper to slot home comfortably. Monte were two up with less than ten gone in the half, surely they would be able to close out the game and possibly add more to their tally.

On 65 minutes, Coach Ruben rang the changes, replacing goal scorer Roberto with Dario and subbing the tiring German with Manuel Siguenza. If this was meant to add more bite to the midfield, then it quickly became obvious that it was having the opposite effect. Following changes of their own, Catral dragged themselves back into the game with some neat interplay around the box resulting in their first goal back.

Monte were rattled and the midfield that had looked imperious in the first hour was now all over the place. On 75 minutes it got worse, when a failure to clear a ball pinging about the area lead to a looped shot going in. Surely the ten men weren’t going to find a way back?

Mario Pastor replaced Diego and almost immediately Monte woke up to the fact that they could actually lose the game. In a frenetic few minutes Vaz headed wide, then was inches away from connecting with a through ball. But to no avail, with Monte pressing it was obvious that they could be caught out down the other end. So it was, that on the 80 minute mark that the long ball over the top resulted in the Catral forward cutting inside and firing home.

The unlikely comeback was complete and the home fans were ecstatic. Dimitry replaced the limping Morante in a final throw of the dice, but it was clear that Monte had run out of steam and ideas and to add insult to injury, Carlos Lorente was red carded after a petty altercation in the home box.

Although the loss didn’t affect Monte’s league position unduly, the battles to come will define where they end up this season, not this game, which was comfortably in their grasp and they, through a combination of poor tactics and poor play, lost unconvincingly.

So, we move on to the next game which will be a home game against Hondon Nieves. However, with ground improvement work still in progress at Montesinos, details of where and when this game will be played will be forwarded as soon as possible.