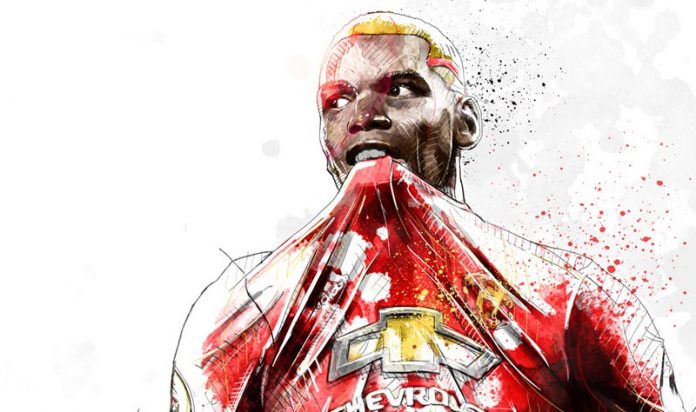 Boxing – and ending up on the canvas – has a whole new meaning when it comes to art. Likewise in both the world of football and tennis.

Portraits of football stars including Ronaldo, Messi, Costa, Maradona, Pogba and Salah were on show at an exhibition in Russia during the 2018 World Cup.

Tennis ace Serena Williams turned her stroke to painting, after attending a class in Paris, prior to playing in a French Open.

Williams, who exhibited her first series of paintings “Expressions” in 2013, is a creative impressionist artist, with style, colour choice and sketchy technique, reminiscent to Monet.

Former Cambridge, Sunderland and Wolves footballer Jody Craddock, who hung up his boots in 2013, after 527 career appearances, is now a professional artist.

“I did ‘A’ Level Art at school – but I was never thinking about becoming an artist,” said Craddock.

Craddock, 43, is gaining a reputation within the football world – as an artist – just six years after retirement.

“It’s not about money. I did well financially out of football,” said Craddock, who was commissioned by ex Chelsea and England star John Terry to do a personal portrait.

Craddock, who has also done a portrait of David Beckham, has a portrait of former Wolverhampton Wanderers football club owner Sir Jack Hayward hanging on a wall in the corridors at Molineux.

Famous artists from Spain include Malaga born Picasso; Dali, Barcelona born duo Tapies and Miro; Goya, who studied art in Madrid, and Velázquez, born in 1599 in Seville, who died in Madrid in 1660.

21st century artist Iain Alexander, who is exhibiting his works in Madrid this summer, exclusively spoke to me during a visit to Quesada.

“I’m very fortunate to be in art, it can be very therapeutic. Art is about enjoying yourself,” said Jersey based Iain.

“The biggest influence in my career as a sportsman was Muhammad Ali,” said Iain.

Iain, who visited the ‘Banksy’ art exhibition in Madrid recently, said: “I really believe in Banksy. The point is how different people view it.

“Banksy can nip something in the bud – proving a point with simplicity – that’s the key.”