I was perusing in a book section at a charity shop in Benijofar when a cricket book caught my eye.

I turned over the first page – and was hit for six – when seeing the Essex CC X1 first team’s signatures were in it!

Players, including John Lever, capped 33 times for England, who played for Essex during 1967-89.

During his time at Essex cricket club Lever was deemed as the finest left arm pace bowler in the country, and entertaining in the dressing room.

Lever, accused of doctoring a cricket ball against India in 1976 on his debut tour, by rubbing Vaseline down one side of a ball, so it would swing better, was later cleared of any wrongdoing.

Lever was involved in the rebel tour of South Africa in 1982 during the apartheid era, and was banned from representing England for three years, returning to the fold in India in 1986, his final Test cap. 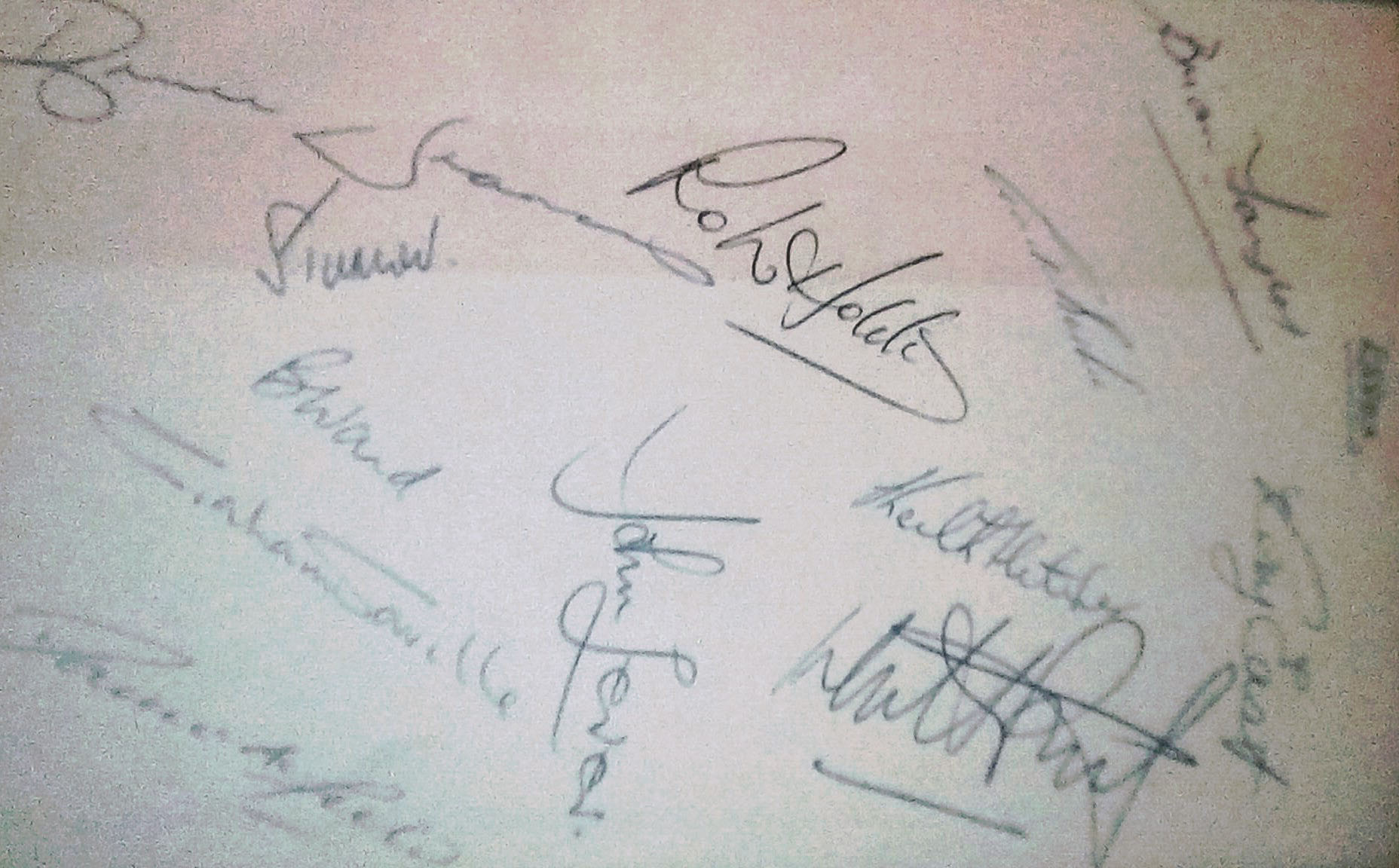 Keith Fletcher, OBE, played 59 Test matches for England, and was nicknamed The Gnome of Essex – due to his wincklepicker shoes being curled up at the toes, due to wear.

David Acfield, at Essex during 1966-86, was also an Olympic fencer, taking part in the 1968 and 1972 Games. He was a Gold medal winner in the Commonwealth games 1970. Graham Barker, who made his Essex debut in 1954, scoring a century against a travelling Canadian side, scored 21,893 career runs. Barker also played for Southend United FC, during 1954-59.

The book Sing all a green willow by Ronald Mason was published in 1967 – 52 years ago – and still not out!

Can Murray learn from Djokovic and Nadal?