Not only is The Serengeti one of the most iconic natural locations in the world, but it’s also subject to a number of half-truths and misconceptions.

Take the perception of the area as a completely unspoiled wilderness, for example, which is at odds with the fact that nomadic herders from the Stone Age have played a pivotal role in helping to shape and maintain its ecosystems.

This should not distract from the global appeal of The Serengeti, of course, as it’s simply an example of the misconceptions and mystery that surrounds the destination. With this in mind, here are three more fascinating and relatively unknown facts about The Serengeti:

The Serengeti is a truly impressive force of nature, and one that covers a staggering 14,750 square kilometres (or 5,700 square miles to you and me).

The park also has various elevations, which range from 920 to 1,850 metres (3,020 to 6,070 feet). This caused considerable fluctuations in altitude and temperature, with the latter varying from 15 to 25 degrees Celsius in general terms.

2. The Serengeti Boasts a Deceptively Large Number of Species

At its core, The Serengeti is renowned as an iconic and popular safari destination. In fact, there are a wide range of African safari holidays at africaodyssey.com, each of which has been designed to suit specific expectations and budgetary requirements.

It therefore stands to reason that The Serengeti should be home to a large range of animals, including so-called ‘big game’ species like elephant, black rhinoceros, buffalo, lion and leopard.

Great herds of buffalo and elephant are permanent residents of The Serengeti, and can often be viewed in high numbers and concentrations by visitors.

However, it’s less well-known that there are many more species of animal currently residing in The Serengeti, including hippos, hyenas, jackals and wild dogs. 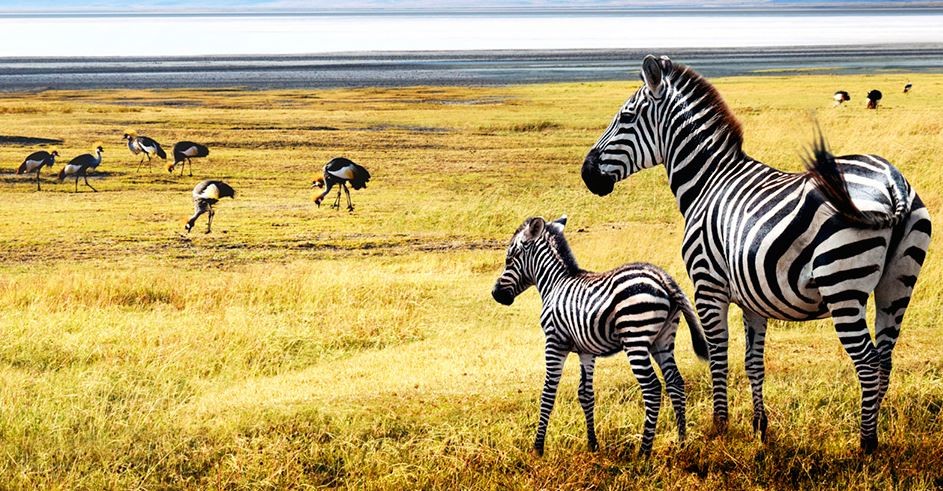 Incredibly, there also 10 unique species of primate and Nile crocodiles in the region, and you should definitely keep your eyes peeled for these during your trip.

3. The Serengeti is a Great Place to see the Annual Wildebeest Migration

On a similar note, The Serengeti is famed for its role in the Great Wildebeest Migration, which takes places every single year and remains of the most iconic natural events in the world.

During the migration, more than one million wildebeest, 200,000 zebra and 300,000 gazelle make the trip across The Serengeti, in search of lush green grazing lands and a sustainable source of water.

It’s a little known fact that around 250,000 wildebeest die during this trek, thanks to various factors such as hunger, exhaustion and even predation in some instances.

This is undoubtedly one of the most impressive natural events in Africa, if not the world, and one that continues to draw millions from across the length and breadth of the globe.