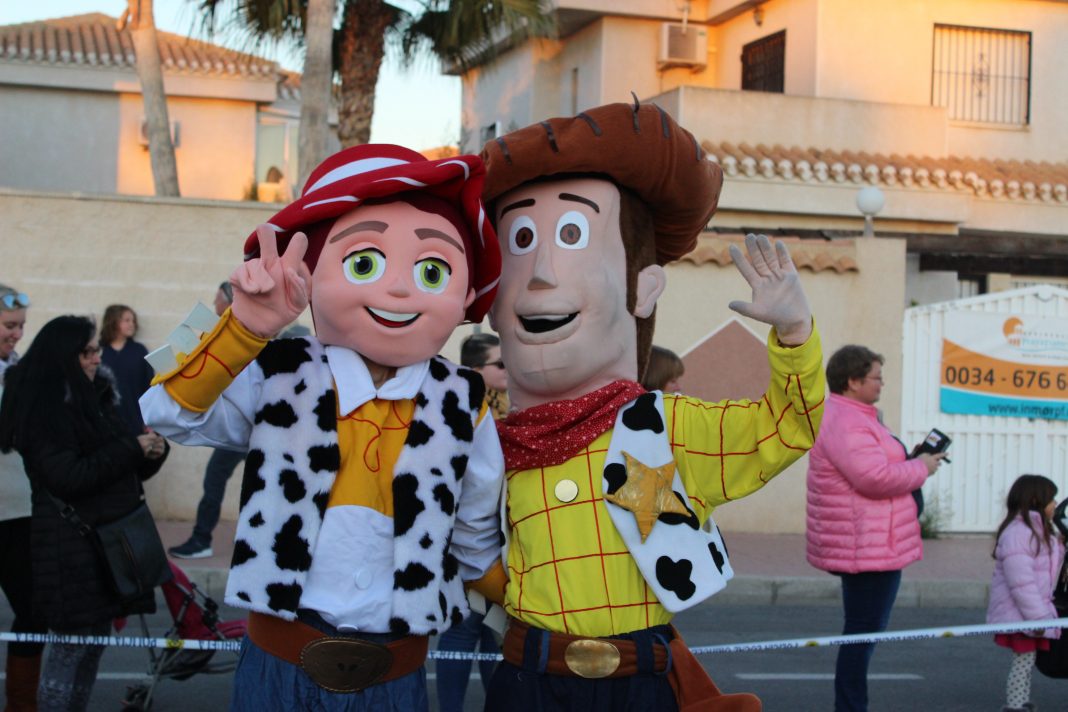 Indeed, in a recent survey, Spanish children overwhelmingly chose the Three Kings as their favourite gift giver (67%) over Santa Claus (27%).

On the evening before Three Kings Day every sizeable village and town holds a parade, a ‘cabalgata’ at which the Three Kings are paraded through the streets of the town, accompanied by musicians, dancers, performers and bands. The parades are extremely popular and can often draw large crowds, particularly in such places as Torrevieja and Orihuela.

The tradition of showering the spectators with sweets makes them particularly popular, especially with the children.

Whilst the larger towns often boast much bigger parades, those in local villages and pedanias are often much more intimate affairs, with the three kings usually ending up in the local village hall, theatre or Casa de Cultura, where children receive their first presents of the festival.

In Torrevieja the Cabalgata de Reyes got underway at 5:30 p.m. with the arrival of the Three Wise Men at the port of Torrevieja where they were met by hundreds of children.  From the port they travelled along the Dique de Levante to the Monumento al Hombre del Mar, along calle Ramón y Cajal, calle Zoa y calle Ramón Gallud, ending up outside the Immaculate Conception Arciprestal Church, in front of the Plaza de la Constitución, where they took part in a  living Nativity.

In Orihuela the Magi first visited the Vega Baja Hospital and the Centro Ocupacional Oriol, where they delivered toys to the many children who were confined to hospital over the holiday period. 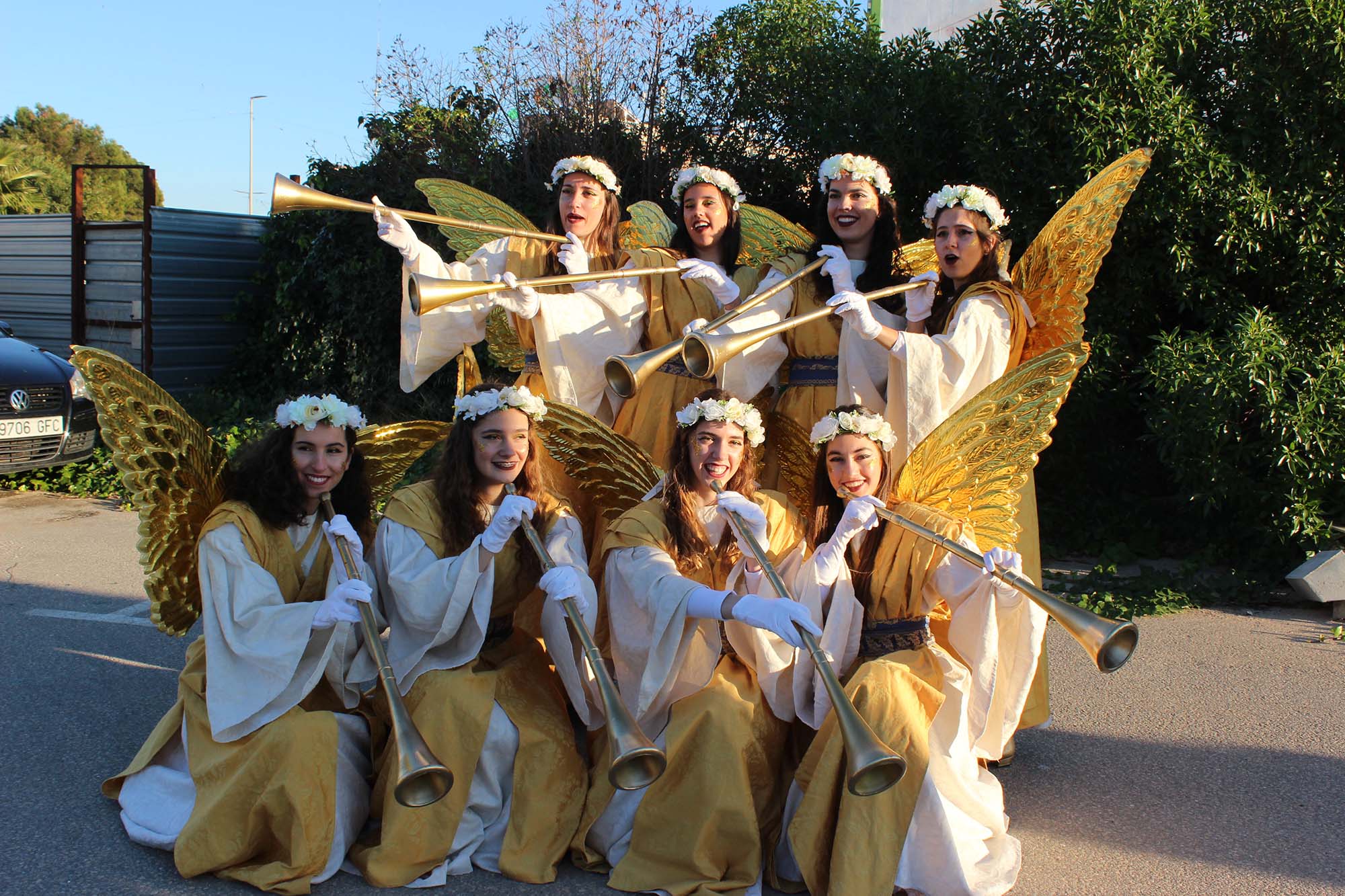 Other vistors to the University Hospital, Torrevieja, included members of la Asociación de Vecinos de Villamartín who attended the paediatric ward ahead of the 3 Kings. They took along with them several children’s magicians and clowns who entertained the children  with magic tricks and balloon-twisting which not only entertained the children, but also the team of doctors who were working on the ward at that time. They also with them several Disney characters, who handed out gifts to each of the children.

The association members said that “it was incredible to see the faces of the children when they were receiving their presents from the cartoon characters. It was very emotional” 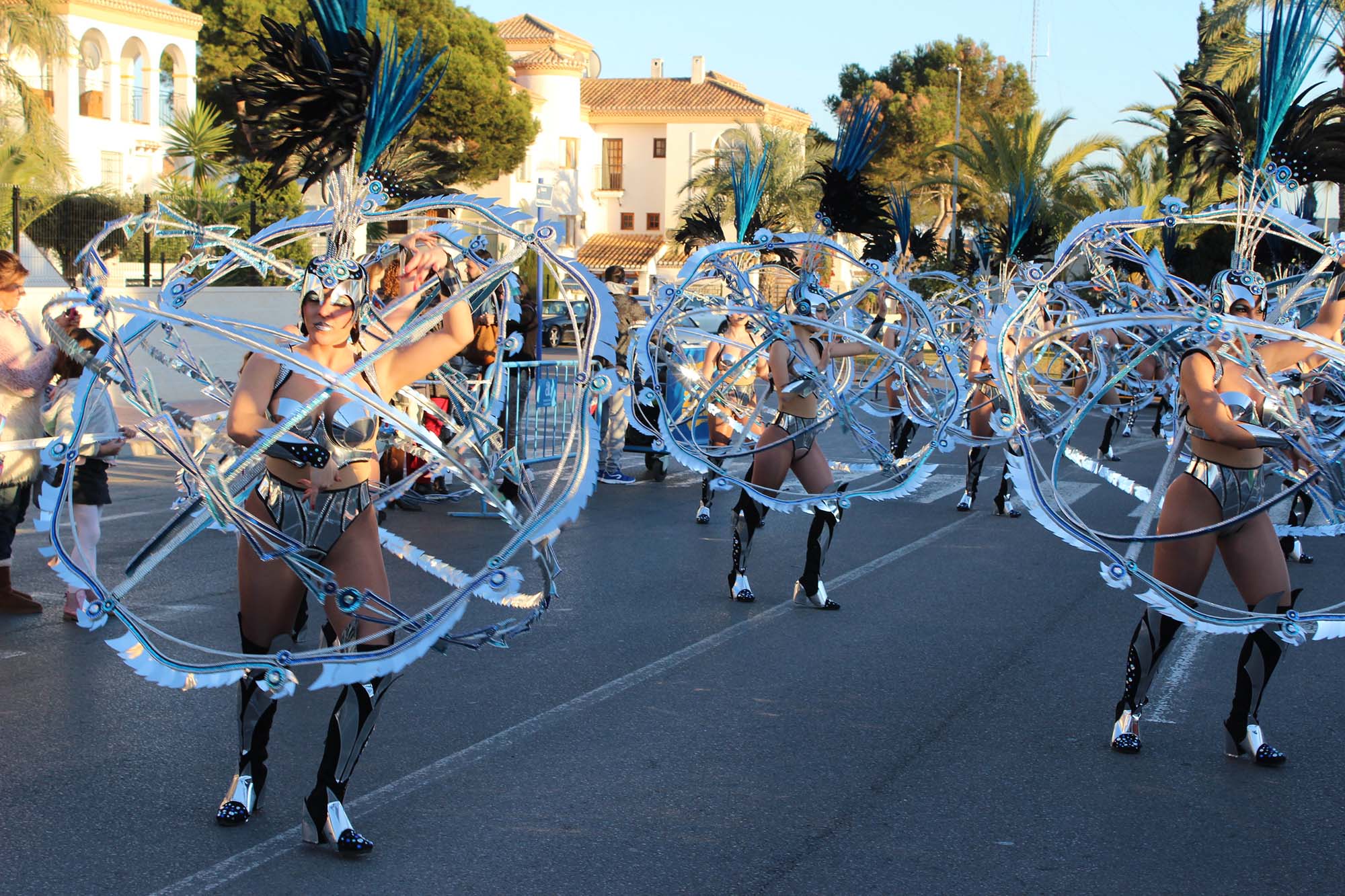 The Association President, Óscar Garrido, said that the initiative came from one of the members and that it was all made possible thanks to the support of businesses in the area, including Los Cúcalos Restaurant, Garrido Administrators, Boris Sports Food & Drinks, Freshgarden & Pools, The Abbey Tavern, González and Suarez Asesores and Inmodirect Costa Blanca. There were also contributions from many local residents.

On Saturday morning the Magi were at the Orihuela Town Hall, where they were received by the mayor, Emilio Bascuñana. After a short reception they were handed the key to the city when then enabled them to visit all the homes in Orihuela to leave their gifts. 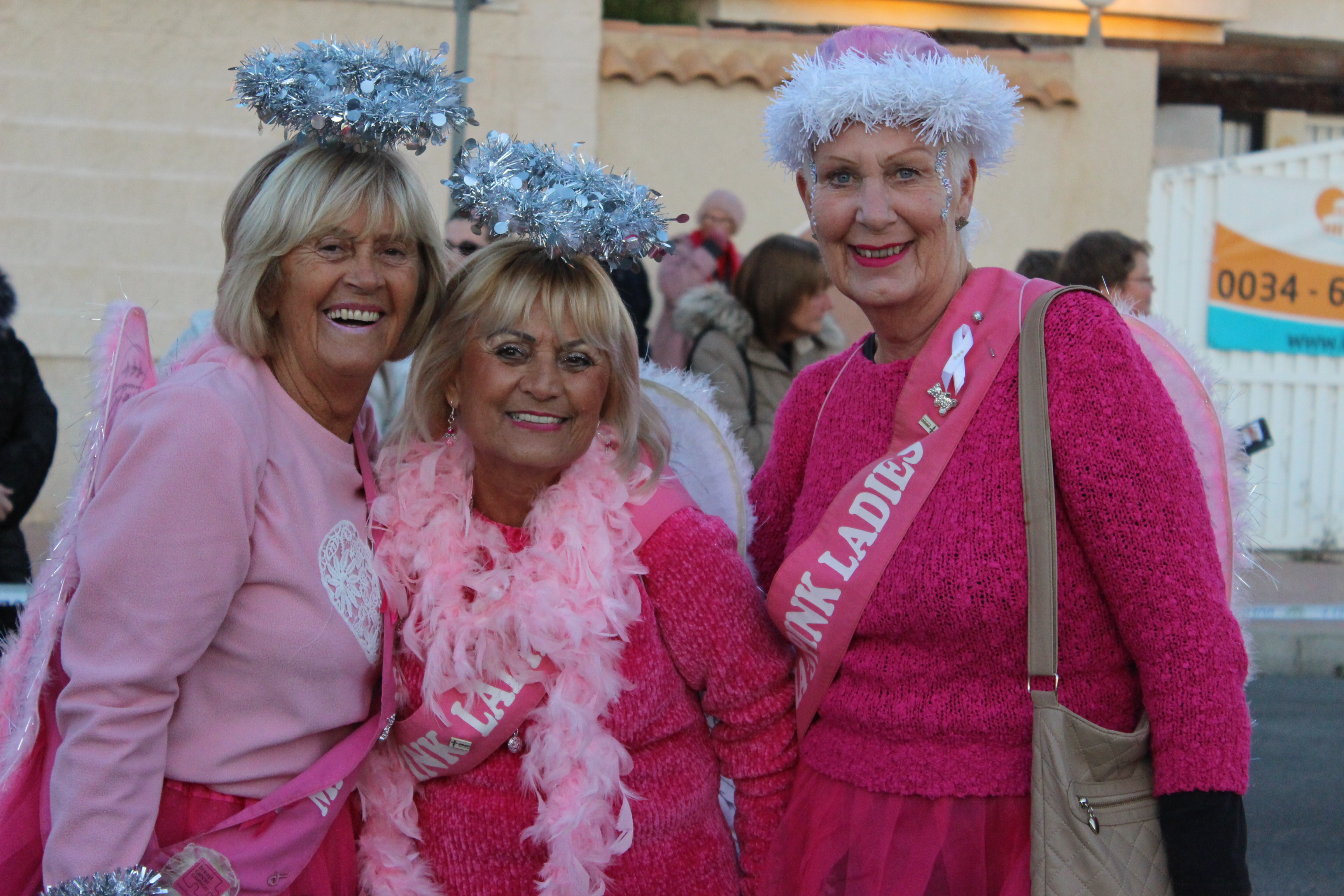 After the reception in the town hall, the Magi rode by camel through the streets of Orihuela to the Teatro Circo ‘Atanasio Díe’, where they met the children, chatting to many of them and receiving their letters in person.

After lunch, the Three Kings were at the Old People’s Home in Los Dolses on the Orihuela Costa, where they also delivered presents to the residents.  Then, at 5pm they took part in the Three Kings’ Parade in Orihuela Costa, which travelled from the Plaza Antonio Vicea, close to the town hall, ending at the La Zenia Boulevard Shopping Centre, with a reception for the children. 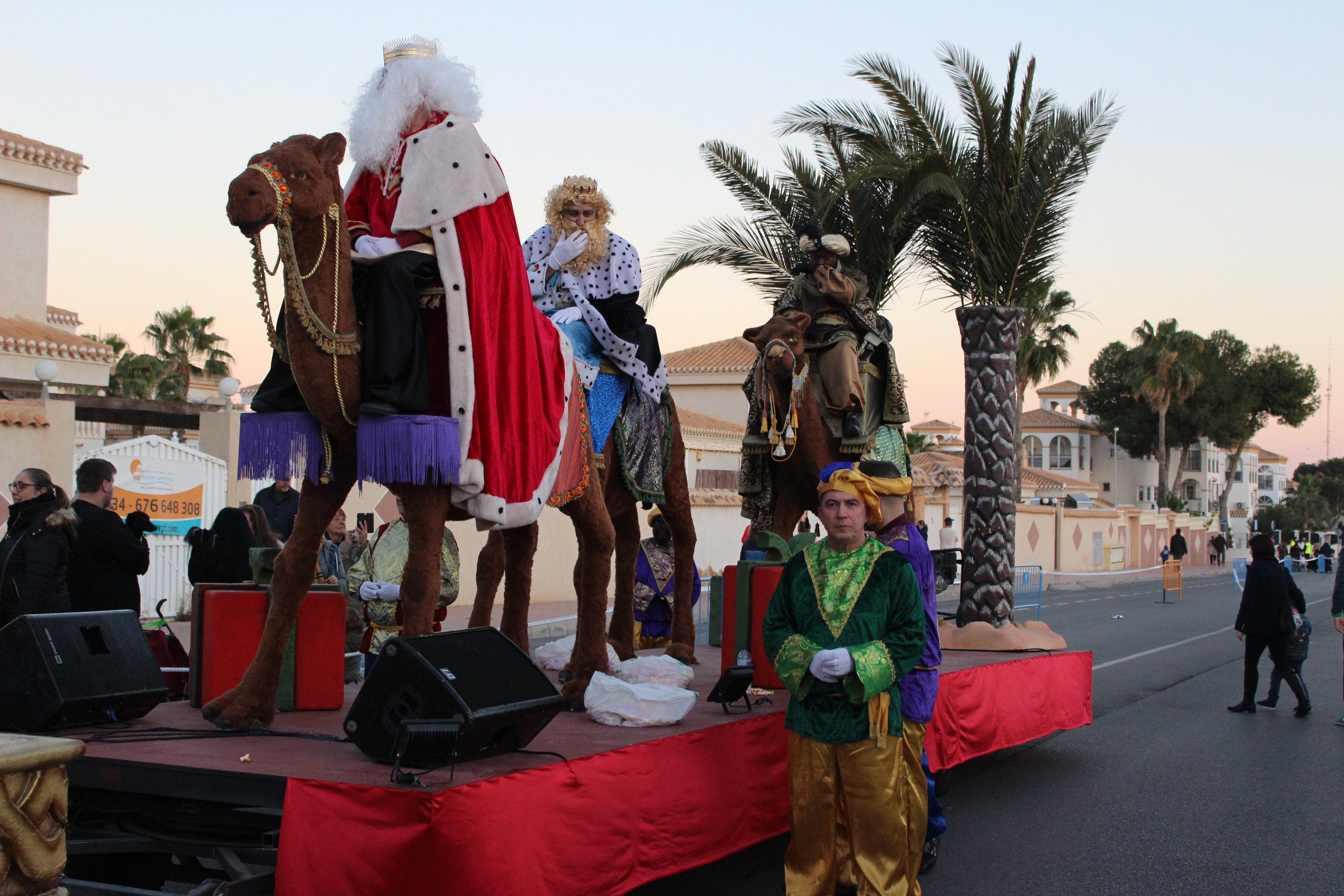 The parade featured characters from Toy Story, with dancers, angels, and many more mystical and historical figures.

The Three Wise Men returned to Orihuela, for the Three Kings Parade which was held in the streets of the city centre.  It was said to be an exciting cavalcade, a colourful spectacle, with many dancers, with vibrancy and with a lot of tradition, thoroughly enjoyed by the little ones.