20 year old Henry Alejandro has been missing on the Orihuela Costa since early on New Years Day when he left a friends house after an all night party. He was wearing only light clothing, grey sweatpants and a yellow sweater. 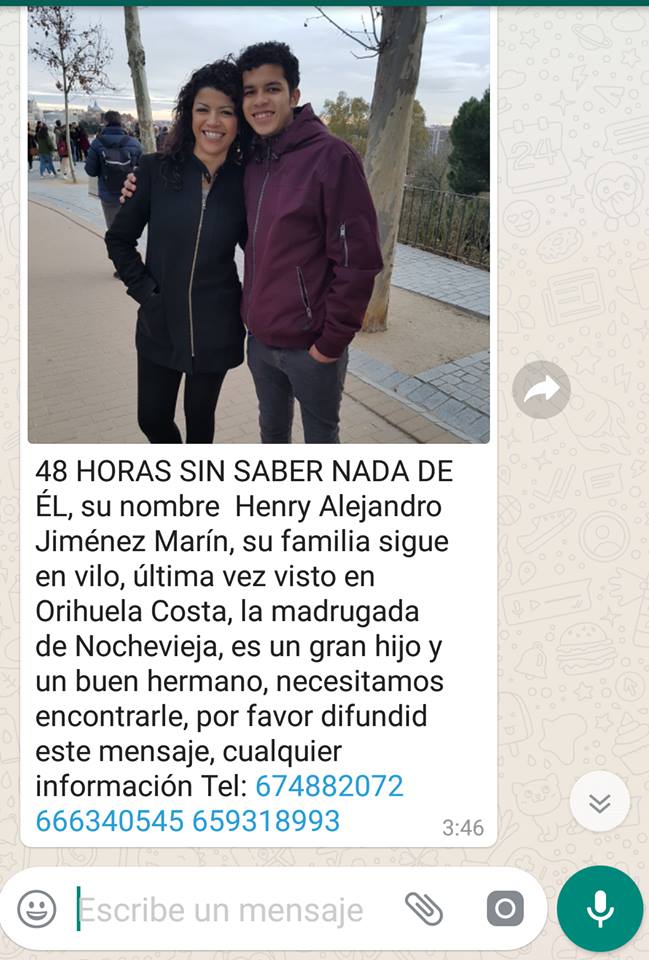 Henry has curly hair, is thin of stature and is 1.81 metres tall. On his right forearm he has a tattoo with the face of a tiger.

Search party’s having been roaming the area since New Years Day afternoon with helicopters, Civil Protection, local civilian volunteers and the Guardia Civil. They are concentrating on an area around La Florida which is where he was last seen.

The Guardia Civil say that they are becoming increasingly concerned for his safety.

If anyone has seen henry at anytime during the intervening days or has any knowledge of his whereabouts they are asked to immediately contact the Guardia on 112.