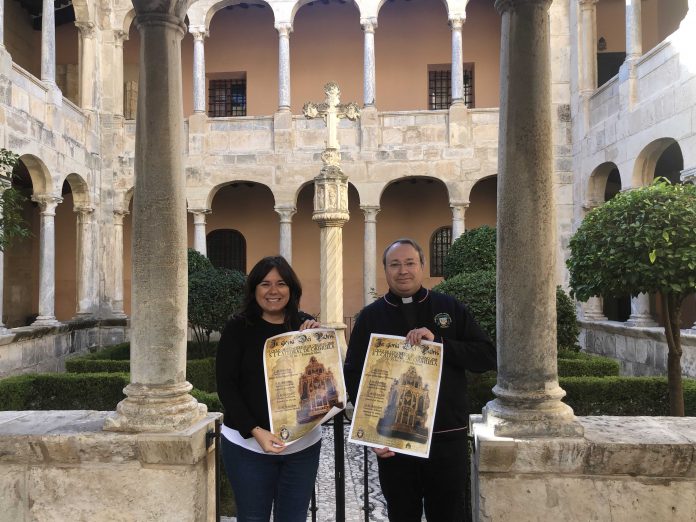 The exhibition ‘Travel to Ancient Egypt’ opened on Tuesday in Pilar de la Horadada and will run right through the Cristmas holidays until Tuesday, January 8, 2019, at the Casa del Cultura in the town.

The exhibition has been put together by Jerónimo Blanco through reproductions and restorations of Egyptian culture, among them the God Sobek, the rites of mummification, the pyramids of Gizeh, the discoveries of the tomb of Tutankhamun, and the world of Cleopatra.

Meanwhile the Municipal Ethnological Archaeological Museum Gratiniano Baches in the town played host last week to 60 people from the hamlet of Nonduermas, just a few kilometres south of Murcia City. The visit was hosted by the director, María García.

Among all visitors, was the pedáneo council representative Carmen Lopez, who presented a town shield to the Pilar Council. 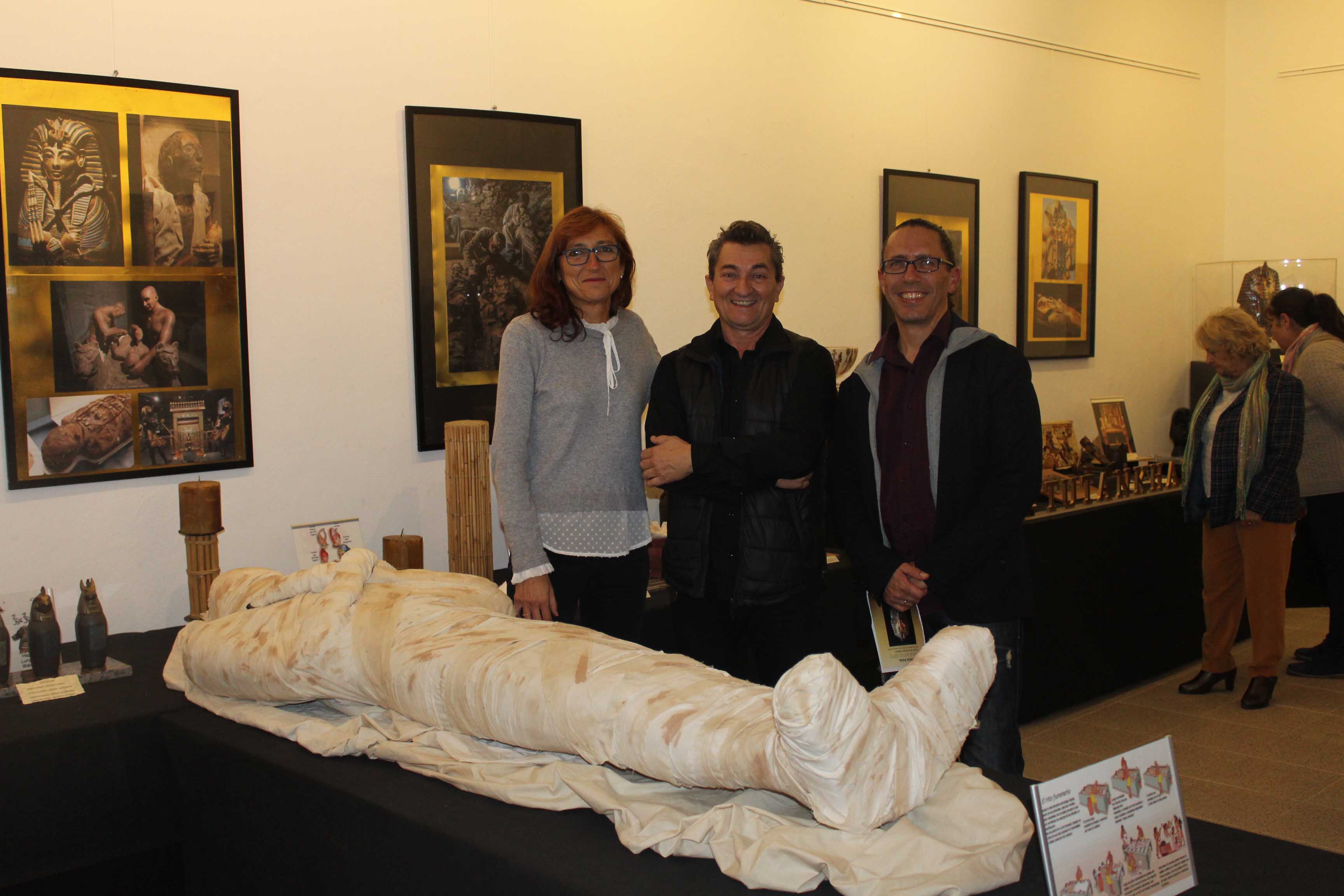 Ecovidrio manager, Roberto Fuentes, stepped out with Councillor for the Environment, Fanny Serrano, to publicise the positive results obtained from the recycling initiative ‘Take note, recycle glass’ , which was launched by the non-profit organisation last year in conjunction with the Torrevieja Council.

The report shows that 910 tons of glass were recycled during the summer, 7% more than in the same period last year. As a result of the increase the torrevejense municipality has obtained one the ‘Green Igloo’, an award presented by ‘Ecovidrio’ for their improvement.

This is not a trivial amount according to the councillor but equates to approximately 30 kilos per inhabitant, exceeds the national ratio, and that of the Valencian Community, by about 50%.

Meanwhile in Pilar de la Horadada, the council have installed yellow and blue containers for all of their employees and visitors to recycle plastic, bottles and cans, as well as cardboard and paper.

The Councillor for the Environment, Antonio Escudero said that “with these small gestures we contribute to the environment and together we collaborate in conserving the natural environment”. 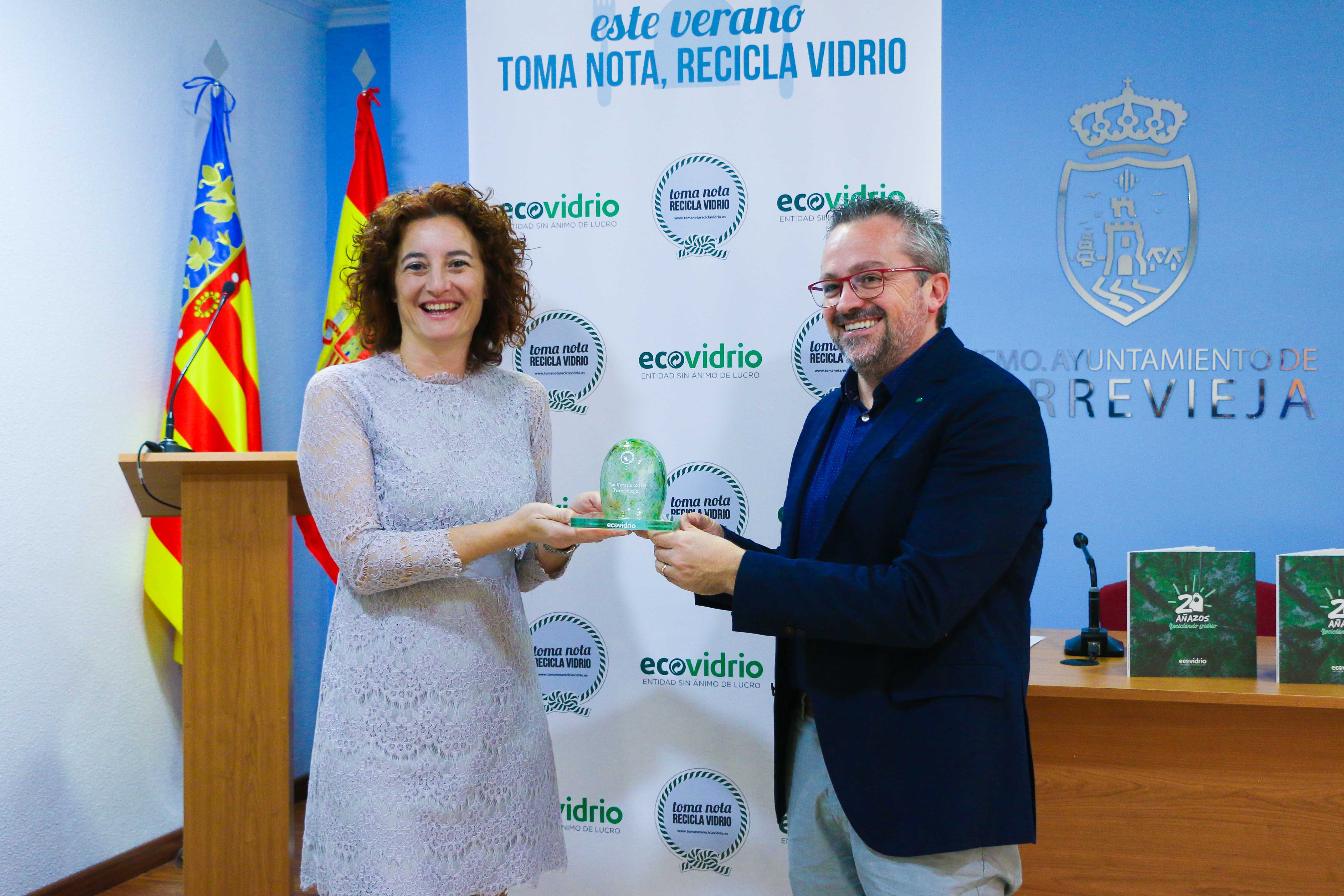 C.L.A.R.O.s 13th Annual General Meeting (AGM) took place on 13 November.  It was well attended and at an important moment, 6 months before the next municipal elections, and, for the first time, elected a female President, Helene Akerman, originally from Sweden.

The AGM approved a motion on political strategy which commits the party to continue to campaign actively for the priority needs of the coast, an Emergency Services Centre, a Cultural Centre with auditorium and Library, improved services, in particular street cleaning and properly maintained parks and gardens.   The Save Cala Mosca campaign should remain the centre piece of CLARO’S environment policy. 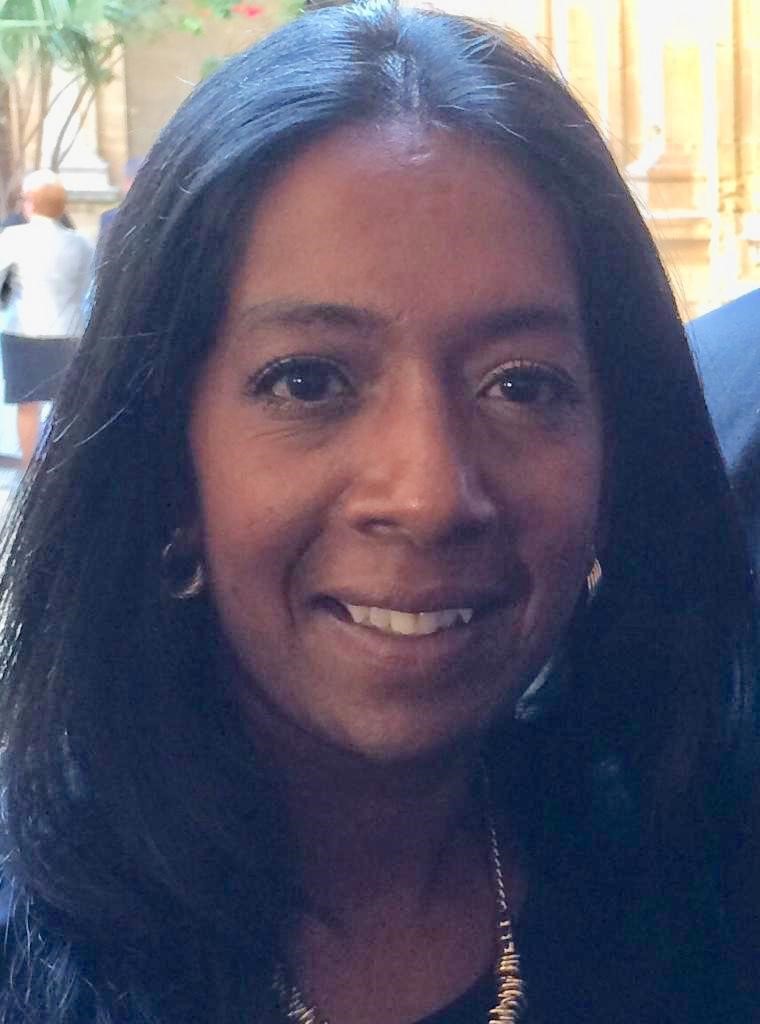 Given a changing and uncertain political situation, the AGM agreed a policy of wait and see before taking a decision regarding the Orihuela municipal election in May.  This policy takes account of the launch of an Orihuela Costa citizen’s movement aiming to contest the coming election.   This is potentially an important new factor in Orihuela Costa but at the moment it is not possible to predict its success.

Once again the Torrevieja Cultural Centre has been closed, this time because of the failure of the fire alarms. The decision affects hundreds of users of the municipal schools, students, performers and the offices of the Department of Culture

The authorities have said that the alarm system in the building would be unable to detect a fire. That is why the City Council ordered the suspension of any activity in the building.

The Cultural Centre is located in the neighborhood of La Punta, in the centre of Torrevieja and houses the municipal schools of painting and dance, as well as the headquarters in Torrevieja of the University of Alicante, a large area of study which delivers a program of events almost daily in the auditorium, and which is now also suspended.

It also houses the headquarters and offices of the council and officials attached to the Department of Culture who were moved to this accommodation because of the closure of another municipal building, the Theatre.

The mayor said he “expects” that remedial work will begin “as soon as possible in order to find an early solution that causes as little damage as possible.” 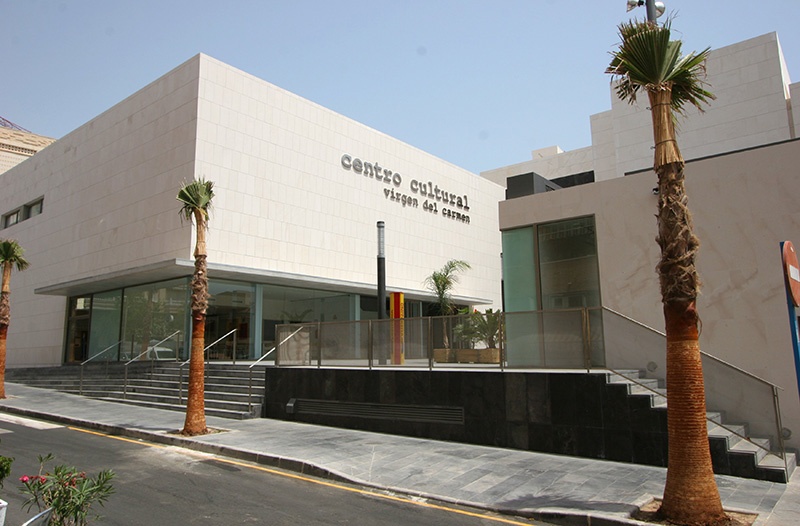 The waste transfer plant that the public company Vaersa is going to build in Dolores is no longer conceived as a “transitory solution” to waste management in the region. It is now said that the plnt will have a lifespan of at least two decades and will, in future, be put to a number of different uses, such as the specialised recovery of waste.

The transfer plant would function as such until the region gets its own refuse dump, something that will make it unnecessary to transfer waste to other regions. This is what emerges from the report of the technical committee that has analysed the project submitted by Vaersa.

The plant is designed to receive 111,700 tons of waste per year that will later be diverted to landfills in Alicante, Xixona and Elche – the transfer facility is not a landfill. 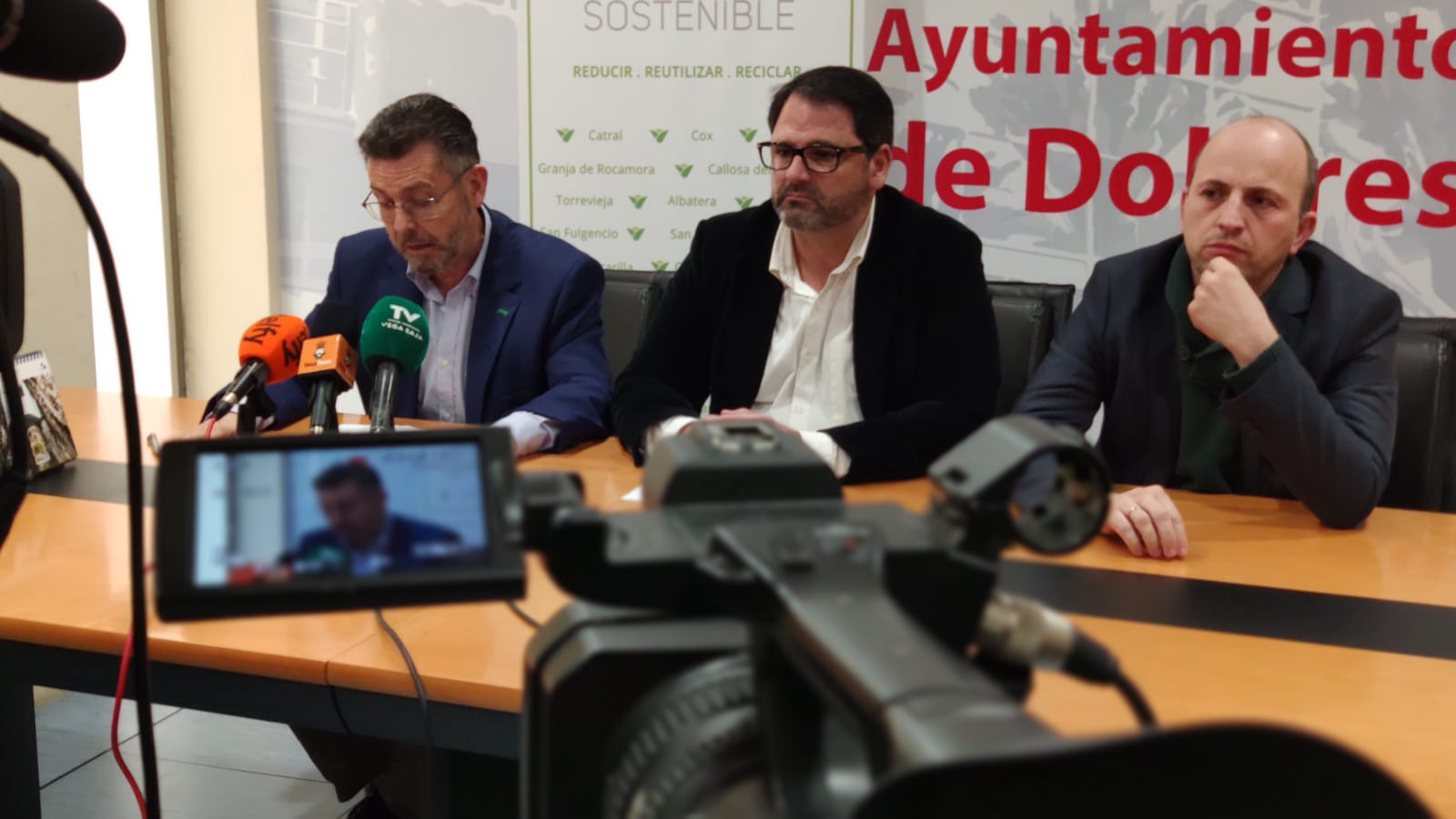 A series of free organ concerts will take place in the Orihuela Cathederal on Saturday evenings during the month of December, each starting at 8.30pm. The announcement was made by the Councillor for Culture, Mar Ezcurra, last week.

This first cycle of concerts “aims to raise awareness of the great timbral possibilities of an instrument such as the pipe organ”, said the councillor. In addition, Ezcurra added that, although it will concentrate on the Christian liturgy, “it is intended to show the audience the vast repertoire that the different composers of classical music have produced for the pipe organ as a solo instrument”. 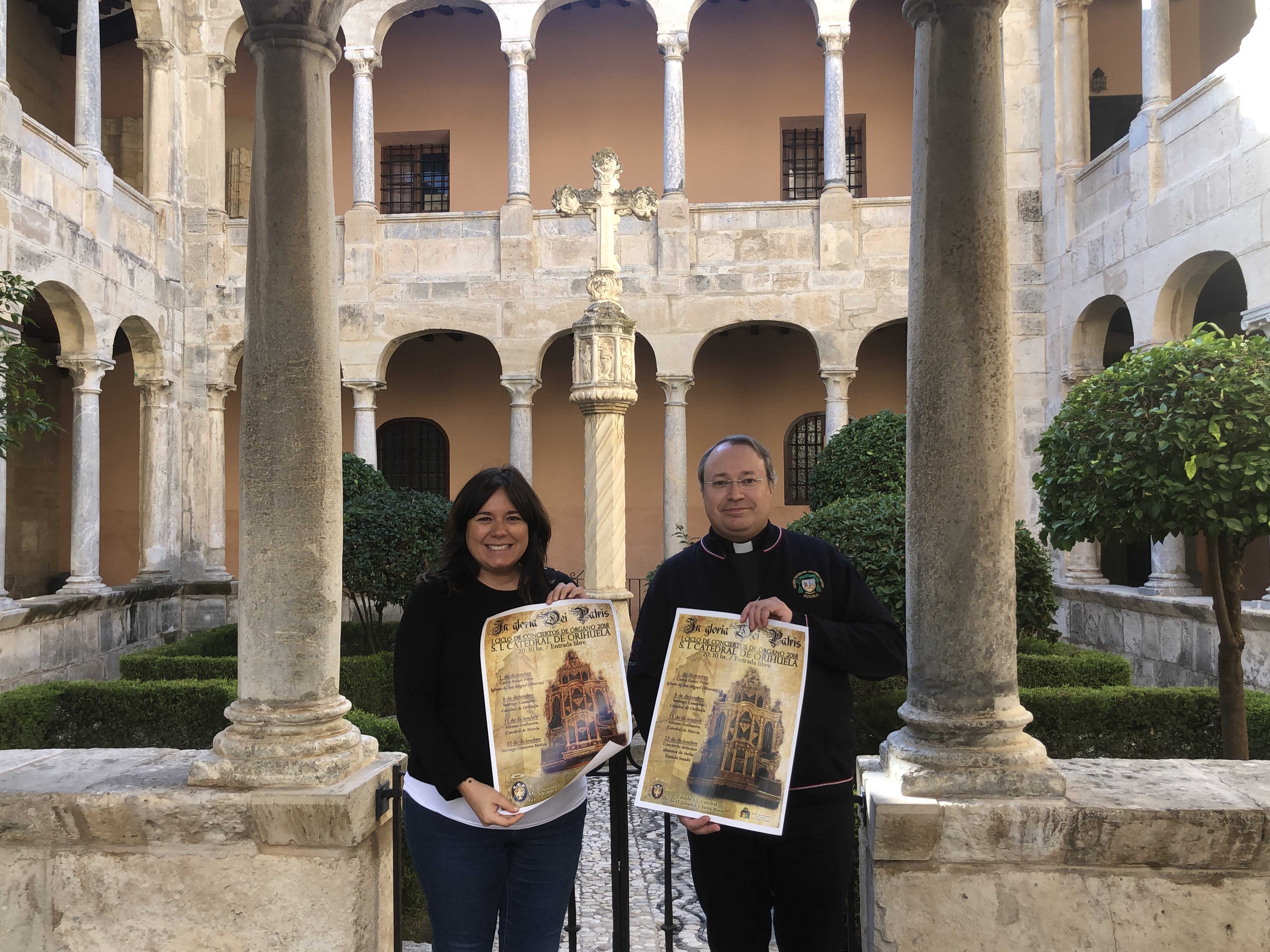