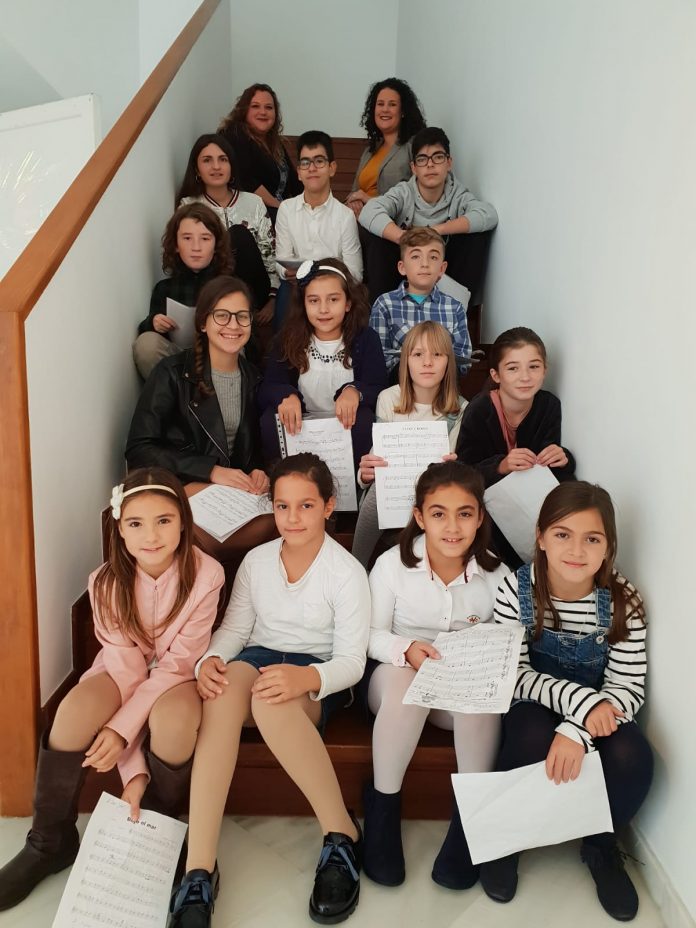 To commemorate the Day of Santa Cecilia, the Patron Saint of Music, the Mojácar Music School performed a piano concert at the town’s ‘La Fuente’ Centro de Arte, under the direction of their teacher, Yolanda Parra Niederhauser.

With the Vera Photo Club’s current exhibition as a backdrop, the young pianists played a range of pieces they had chosen themselves for the programme from the great composers of all time, including Beethoven, Verdi and Pachelbel.

The traditional Santa Cecilia concert is just one of the various public performances throughout the year that the students of both piano and other instruments have as part of their educational curriculum, which are always extremely popular with everyone.

Mojácar’s Municipal Music School was set up in 1991, primarily with only piano teaching for 20 students with two pianos. This number of pianists has now grown to 40, who are part of approximately 120 students who attend classes in piano, guitar, wind and percussion.  This large group of musicians of all ages bear witness to the fact that learning has no limits and, it is never too late to start enjoying music and practicing a favourite instrument.

Many of the students come up through the School to take their place in Mojácar’s Town Band, which has a reputation as being one of the best in the province.  As well as all the musical conventions and competitions they take part in with other municipal bands all over Spain, they also perform at most of the local official ceremonies, fiestas and functions.

On December 22nd, The School of Music will give a concert entitled “Music from the Cinema” in Mojácar’s Centro de Usos Múltiples, but for those interested in an earlier event, the Town Band will open the annual Dames in Spain Christmas carol concert at the same venue on December 1st.