The 111 Edition of the International Festival CORTOPILAR 2018 finished in Pilar de la Horadada last Saturday with the awards ceremony hosted by the comedian Diego Arjona. During the evening there were also performances from the group “Vamos de Calle”, as well as modern dance with “Gapdamoh.

There were cash prizes for the best short film which went to “Black Eyed Child “by Tony Morales while the award for the best cinematography went to Alejandro Espadero for “Bailaora”.

The best screenplay was awarded to José Corral, for “Un Cuento Familiar”, the best Director to Rubín Stein, for “Bailaora” while the Pilar Award for the best short film, € 1000 in cash and the PILAR statuette went to “La Guarida” by Iago de Soto.

The fourth edition of the festival will be held between November 11 and 16 next year 2019.

Catral to open residence for elderly

The City Council of Catral is last the opening a residence for the elderly will provide care and accommodation to almost 300 users. The building, on eleven thousand square metres, has 54 apartments with kitchen, bathroom, living room and bedroom and another 72 geriatric rooms and a day centre.

The concession, which will be granted for 40 years, requires an investment of 3.5 million euro. The facilities will also generate 128 local jobs

After a long judicial and bureaucratic journey, the building was completed in 2008, the local council has now launched the final phase of the concession process for the care home which will be called the Residencial Villa de Catral.

The Council will receive an annual fee that the feasibility study fixed at 24,000 euros. It will also receive the equivalent Property Tax (IBI) of about 30,000 euros per year. 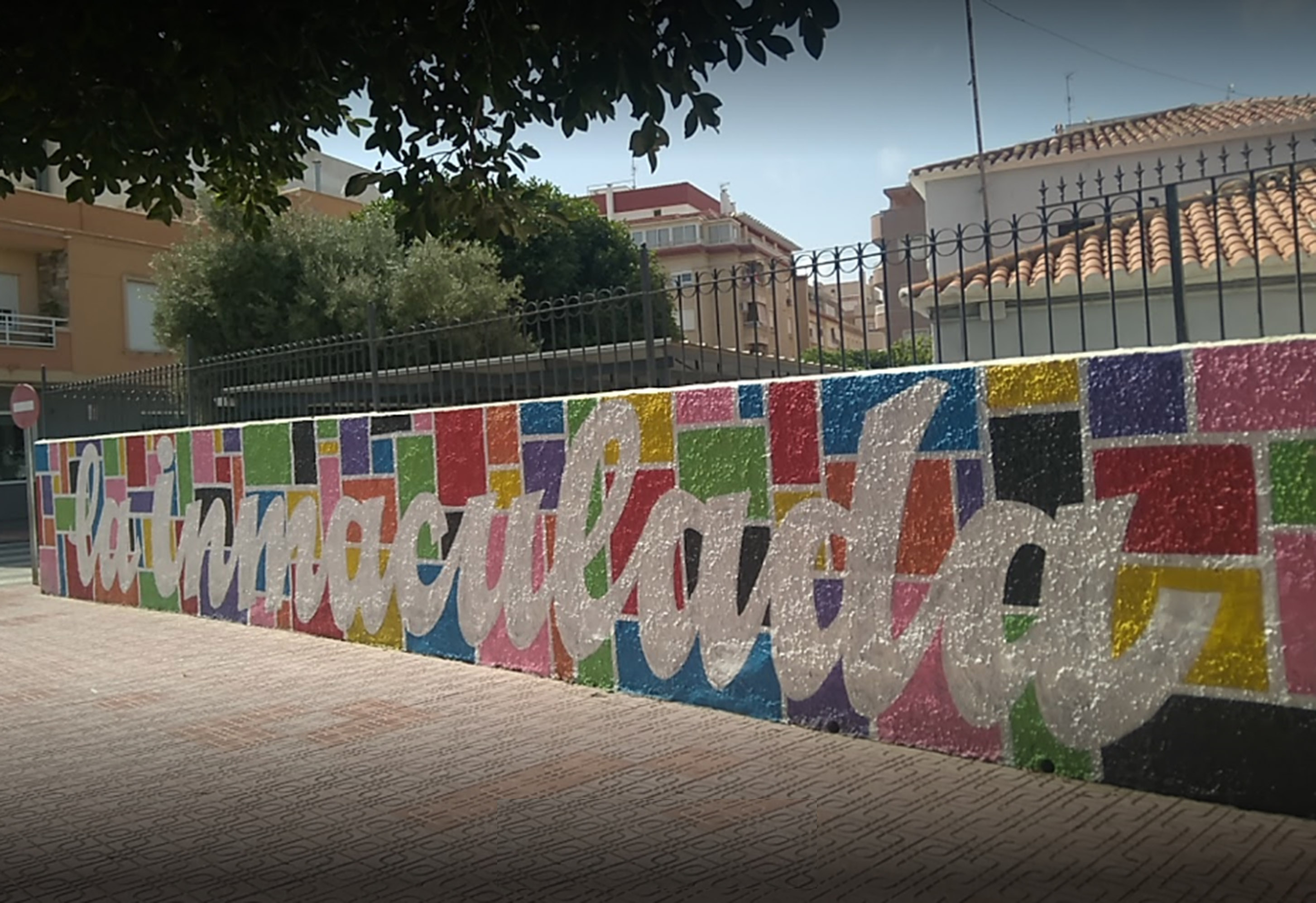 Torrevieja councillor José Hurtado (Los Verdes) announced on Wednesday that the City Council has received a letter from the general sub-directorate of Educational Infrastructures relating to el colegio Inmaculada in which they say it will be more cost effective to demolish the existing establishment and to build a new school on the same plot.

They say that the investment for the refurbishment and expansion of the school is 89% (3.7 million euros) of the budget that would be required to construct the new facility (4.255 million) and that “the time necessary to carry out both projects is very similar”.

The report also states that new construction of the school would have design advantages and would also allow improved internal accessibility, routes, accesses to the roofs as well as integrating the school dining room and gymnasium into the building.

A team from the Contracts Diving Unit (UBMCM) of the Spanish Navy was able to neutralize a phosphorus flare on Tuesday, located near the beach in Punta Prima. The device was found by a sports diver who alerted the local authorities.

Once the flare was secured, the Naval EOD experts proceeded to removed and transported it to their facilities in Cartagena for its subsequent neutralization. During the operation, the Civil Guard secures the perimeter.

This type of flare is often used in military manoeuvres

The navy has personnel specialised in the deactivation of underwater explosive devices who are the only ones trained to perform this type of task, which is the exclusive competence of the Navy.

Police to wait a year for replacement uniforms

The lack of a contract to provide new uniforms for Torrevieja’s Local Police is now requiring agents to carry out their duties while wearing old and often worn out clothing. In many cases the agents are actually purchasing clothing and boots of their own, a move that has been denounced by the police union Sipol.

Previously officers were able to  replace all their clothing annually, except for those less conventional garments, such as polar linings.

It seems that the City Council has been without a clothing contract for almost a year, since December 2017, although the mayor, José Manuel Dolón (Los Verdes), said on Wednesday that “the contract is about to go to the local government board and the matter is not going to be a problem”. He suggests that the complaint is just a case of his opponents stirring up trouble.

The estimated value of the contract currently being processed is 224.792 euros, with an annual spend of 56.000 euros.

The Councillor for Social Welfare, Sabina-Goretti Galindo, released the statistics for Gender Violence in the municipality, collected during the last year by the Service of Attention to Gender Violence (SEMAVIG), which offers comprehensive care to women and their children who are or may be in a situation of gender violence.

The councillor said that, “there have been a total of 79 reported cases during the period between November 25, 2017 and 2018, which shows a reduction of 15% in relation to the previous year “.

Sra Galindo also made a special mention of the minors that are currently receiving treatment, the sons and daughters of the victims of gender violence, of which there is a total of 16, 5 of which joined the scheme in 2017.

The Municipal School of Mechanics in Callosa de Segura will hold two workshops related to the automobile, maintenance of the engine and auxiliary systems, and maintenance of electronic and electrical systems of the vehicles.

Both workshops, lasting 560 hours, and including a module of internships in local companies where the students will complete theoretical classroom training with practical application, are scheduled to start at the end of December 2018 and end in June 2018, a duration of over six months. At the end of the training students receive a certificate confirming their qualification.

The workshops will be carried out in the Municipal School of Mechanics, electrics and electronics in the mornings and engines and bodywork in the afternoons.

The two workshops are subsidized by the Valencian Employment and Training Service (SERVEF) current LABORA for an amount of 61,068.00 euros for the motor workshop, and 54,264.00 euros for vehicle electronics.

Registration is open and can be made until 20 December when selections will be made  in the Local Development Agency of the Callosa de Segura City Council. The workshops offer the possibility of a travel grant for students from outside the municipality.