A traditional Spanish village, Algorfa is situated on the banks of the Segura River in the Southern Costa Blanca. Part of the Commuidad de Valencia it is located in rich and bountiful countryside with a stunning backdrop of the Escotera mountains and the Sierra de Callosa. Despite the adjacent mountainous terrain it also enjoys panoramic views of the Mediterranean sea.

Algorfa has a marvellous climate with over 300 days of sunshine each year, an average temperature of around 19 degrees centigrade and very little rainfall – the Segura valley having the least rainfall in the whole of Spain. The economy of the village depends mostly on citrus farming – primarily oranges and lemons, the evidence of which stretches for miles around, lining virtually every road.

Situated between the towns of Rojales and Almoradi, Algorfa has population of around 3,000 people.  Evidence uncovered by Jesuit archaeologists in 1903, suggests that there have been settlements in the area from about 3,000 BC. This is justified by the discovery of basic tools and human remains from the Neolithic period which also provide an important clue to Algorfa’s first inhabitants.

The municipality was founded by a privilege granted in 1328 by Alfonso II when it became a part of the Kingdom  of Valencia. The original village consisted of 15 homes housing 15 families. The privilege stood until after the War of Succession 1714 when it was withdrawn by Felipe V. It was however restored before the end of the 18th century by Carlos IV at the request of the Marquesses of Algorfa.

Just outside the village, towards the west, on the road to Benejuzar is a graceful and unusual nineteenth century church build in the very popular neo-gothic style. The church can be visited whilst admiring the beautiful green countryside in the fertile valley of the river. The area is well connected to the main roads of the region.

In the village itself there are several traditional Spanish tapas bars, together with a large number of shops, including a pharmacy and optician. Adjacent to the nearby La Finca Golf Course, dubbed by experts as one of the most prestigious golf courses in Spain’ there is a new commercial centre, consisting of a five star hotel, banks, restaurants, cafes, bars and many shops. 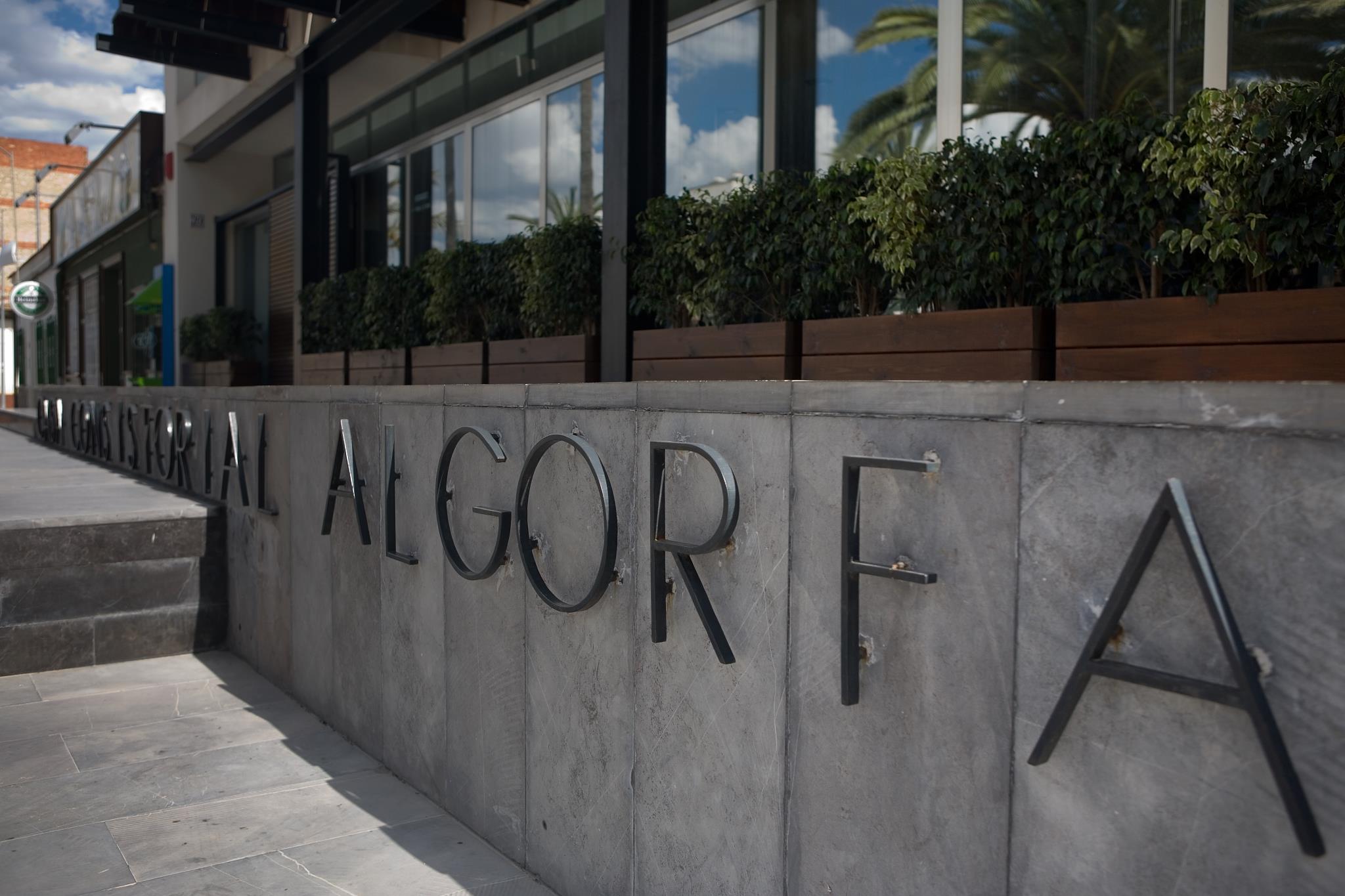 There are also numerous local markets on different days of the week in many surrounding towns, villages and resorts.

With an unbeatable climate, superb location, world-wide famous Mediterranean gastronomy and endless possibilities for all, the picturesque Spanish village of Algorfa is an ideal place to live or visit – all year round!

Little more than a ten minute drive, between Torrevieja and Orihuela Costa, there are seven kilometres of golden sandy beaches in the town of Guardamar, solitary bays of crystal clear waters, five sailing ports, four 18-hole golf courses, horse riding schools, two aquatic parks and all kinds of facilities for sports and leisure, young and old alike, and this small paradise is only 30-minutes from Alicante airport to the North and 25-minutes to San Javier (Murcia) airport to the South.