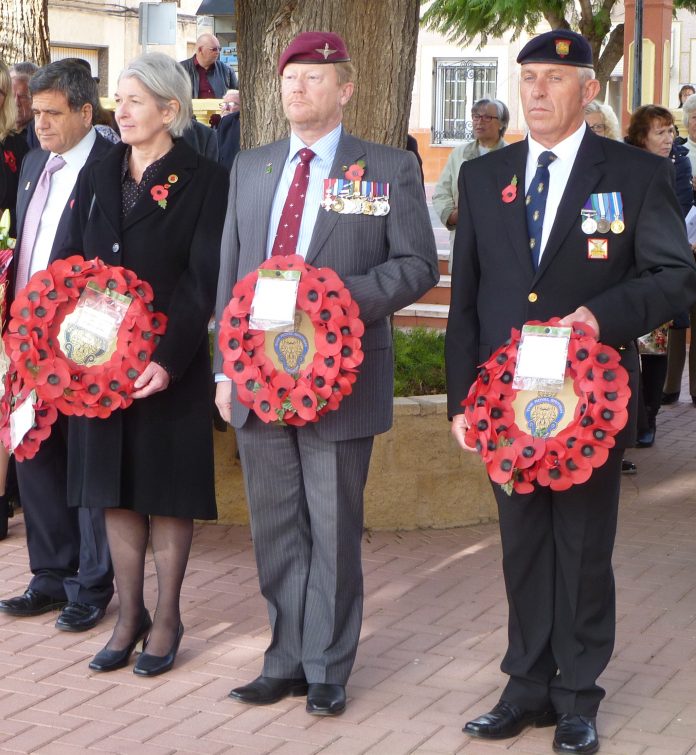 The beautiful Church was full – with standing room only. Father Don Witts officiated and welcomed Elizabeth Bell MBE, Vice Consul from the British Consulate in Alicante and the congregation to this special service of Remembrance and Commemoration of 100 years since the end of the Great War.

Victor Ramirez Segura, the local European Councillor, read the Lesson in Spanish. Also taking part was the Spanish choir – Corro-Parroquial Inglesia San-Pedro Apostol de La Romana. They had written a hymn especially for the Branch – We will Remember Them- and performed it during the Service.

To commemorate the centenary, Branch members read extracts from “Forgotten Voices of the Great War” covering each of the four years until the time the Armistice was announced. These were very emotional and often harrowing accounts of life in the trenches at that time. (These readings will be displayed on the Branch website) 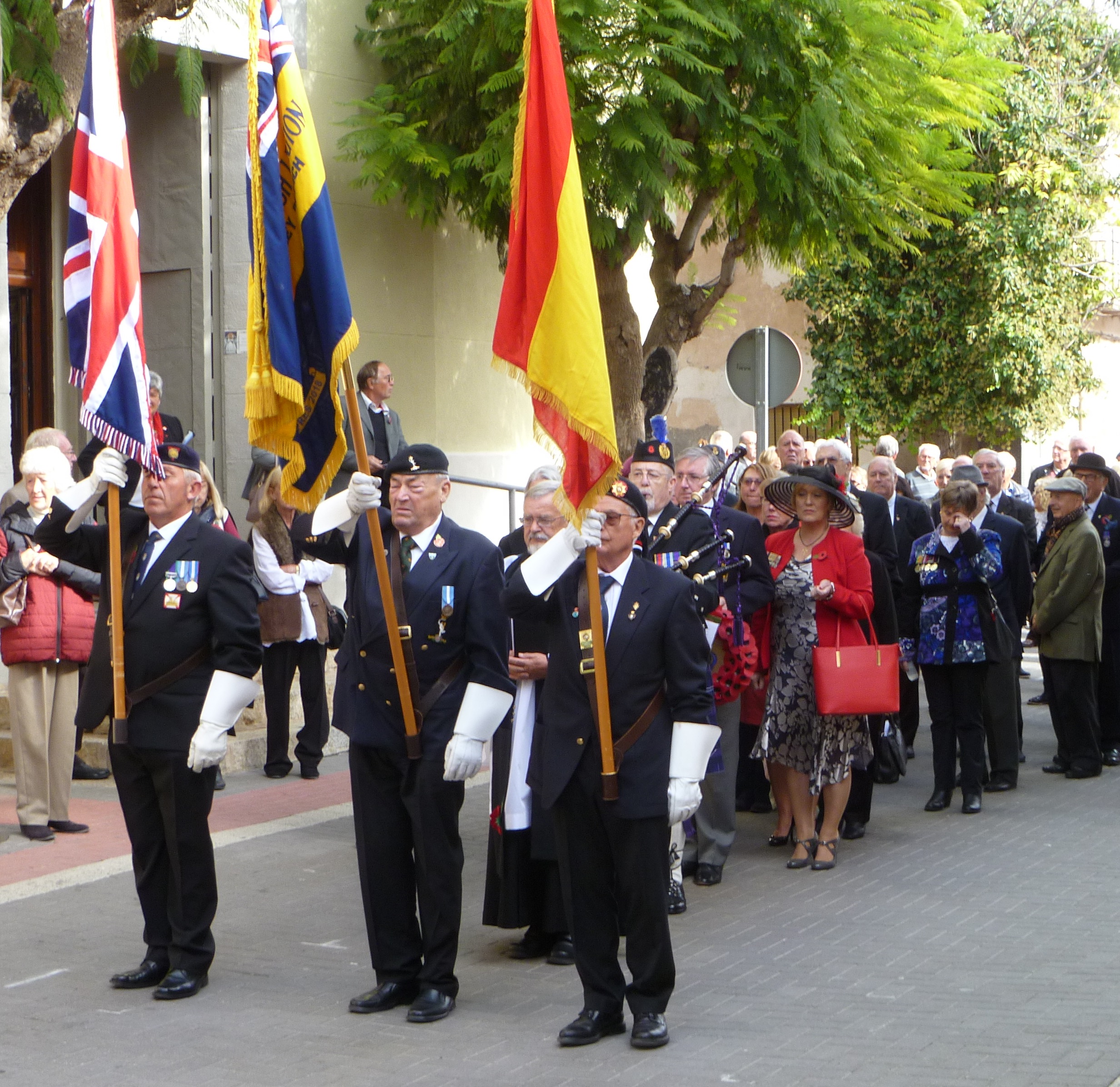 At the end of the Service, Father Witts blessed the Branch Standard – recognising the new Ypres Scroll following attendance at the Great Pilgrimage 90 in Belgium in August this year.

Hondón Valley Branch was one of only two Branches from the whole of Spain who attended this event and Branch members are very proud that their Standard was one of over one thousand Standards from all over the world.

The Branch Standard and National Flags, together with Piper, Tony Dolphin then led the parade from the Church to the Ayuntamiento garden where wreaths and Memorial crosses were laid. To find out more about the Branch, please email: hondonvalley.secretary@rbl.community. The Branch website is: www.britishlegion.org.uk/branches/hondon-valley.

Expert eye advice for back to school students