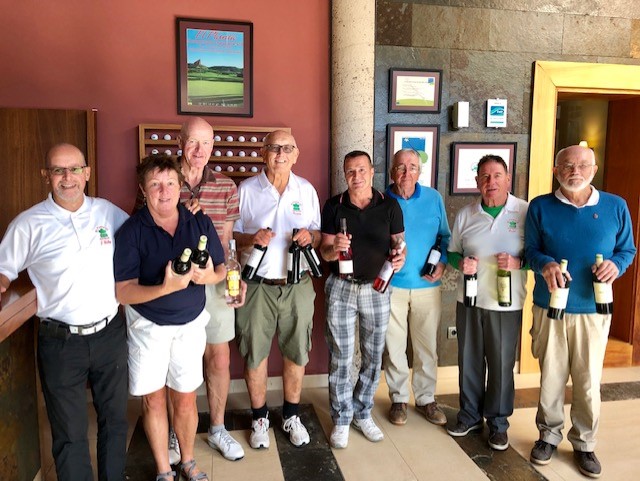 Sixteen members gathered on a fairly chilly morning, which later blossomed into a typical Spanish autumn, with sweaters etc. being jettisoned. Today’s competition, a Team Texas Scramble was the first competition under new Club Captains Mike Davies’ tenure and, despite being injured and not playing, he stayed around to supervise proceedings – good start Mike.

Serial winner, John Wilby – ably backed up by his three team mates scored 6 birdies and 2 bogies to shade a closely fought competition by one shot, with all four teams being covered by less than two shots.

If anyone would like to join our Society, we play at El Plantio Golf Club every Tuesday, Friday and Sunday. We use both courses – the Par 3 nine hole course and the main 18 hole course, so we cater for all abilities. The membership rates are very competitive, so call for more details. Anyone who wishes to play in the Society as a guest or join as a new member, contact Ian Henderson on 966 716 616 or 636 116 230.