Four councillors from the ruling Partido Popular walked out of the council plenary meeting last Thursday prior to the vote being taken on the approval of the Orihuela Cultural Society.

The councillor of Markets and Urban Cleaning Services and president of the local PP, Dámaso Aparicio; together with his general secretary and councillor for Education, Begoña Cuartero; the Councilor for Tourism and Foreign Residents, Sofía Álvarez; and the councillor for Health, Noelia Grao, all walked out of the plenary meeting prior to the vote and much to the astonishment of the mayor.

The four councillors are all politically opposed to Emilio Bascuñana, but their actions can only emphasise the internal divisions in the PP, and the lack of communication within the PP municipal group. The councillors said that they had received the Cultural accounts dossier but that it reflected two anomalies, 38,250 euros for an inaccurate VAT refund and a subsidy that had been paid twice.

Dámaso Aparicio said to the local Spanish press “We walked out so as to avoid voting for a report that contained two irregularities and inaccurate accounts”. 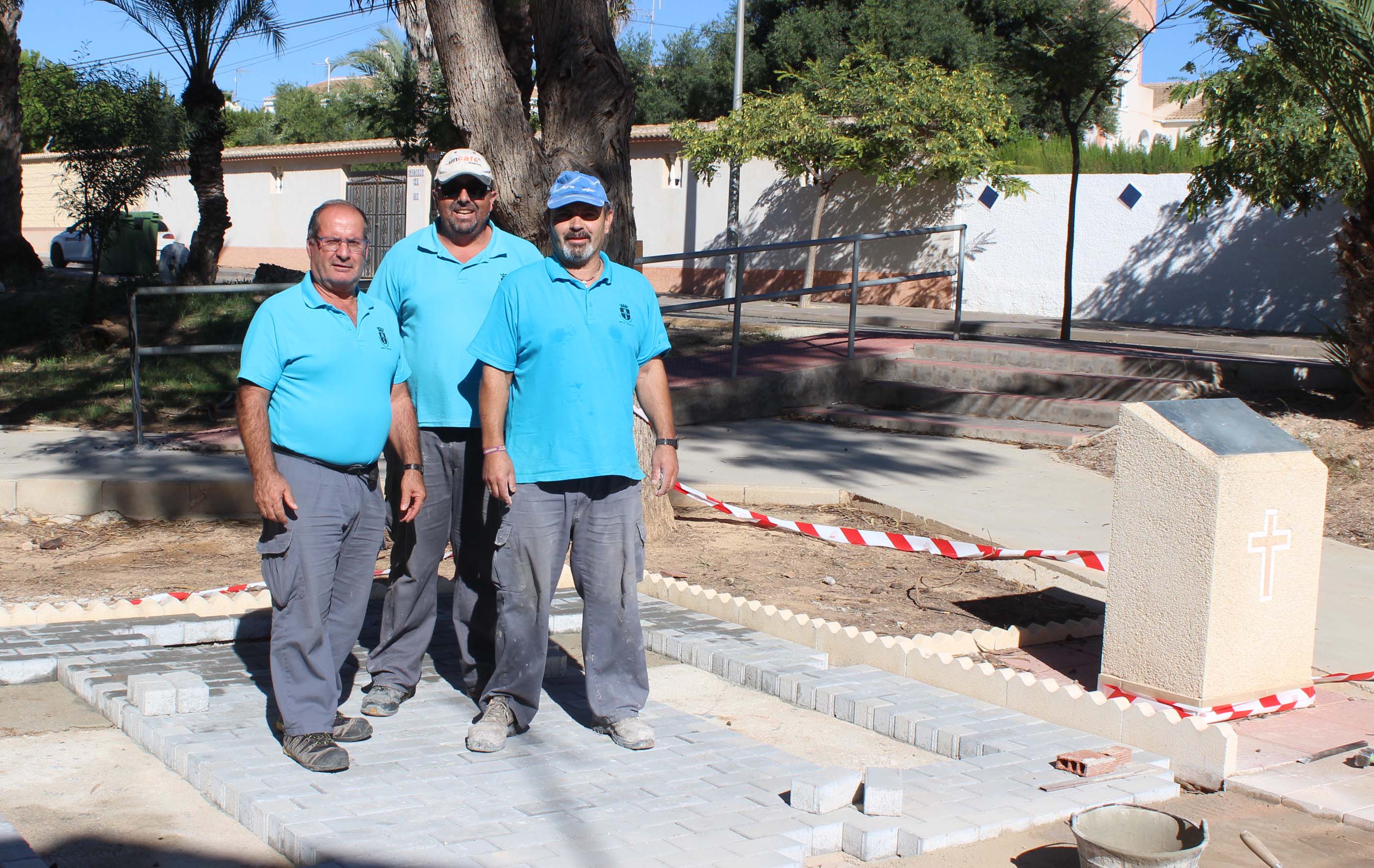 Council workers from Pilar de la Horadada were hard at it last week, redesigning the Royal British Legion Garden of Remembrance at the Capilla de las Mil Palmeras, in a 12,000 euro refurbishment of the enclosure.

The garden is being doubled in size with a new base, balustrade and headstone and it is planned to be completed late this coming week in time for the Centenary Service of Remembrance on 11 November.

The renovation of the garden was an initiative of the local mayor, Ignacio Ramos García (PSOE), who has been a long-time supporter of the RBL, who has attended the Remembrance Service and laid a wreath, every one of the last ten years.

Two local police officers were acquitted of torture last week in a case that dates back to June 2006 when, following the arrest of Luis Carlos Carrillo and Villa Liliana for an attempted robbery in a house belonging to one of the agents, the pair were accused of kicking and punching the pair while in police custody although on their appearance in court the officers insisted they had fallen down a flight of stairs.

PP opposition leader, Eduardo Dolón, said that because of the false accusations both the officers and their families have gone through a great deal of suffering over the years and the Torrevieja mayor, José Manuel Dolón, should now publicly apologise to them for the anguish they have suffered during that time.

Of the hundred properties belonging to ecclesiastical organisations in Orihuela only 13 pay tax, according to the PSOE, despite many of them not being used for worship.

As such the Socialist councillor, Carmen Gutiérrez, has called on the council to carry out a census of all the properties of the Church in the municipality and that all those which are not used specifically for worship be included in the Register of Real Estate Tax.

The Catholic Church owns the vast majority of these buildings and is currently exempt from paying Ibi property taxes as a result of the Concordat with the Holy See (1979), as are the Jewish, Protestant and Muslim authorities through the respective Cooperation Agreements (1992). 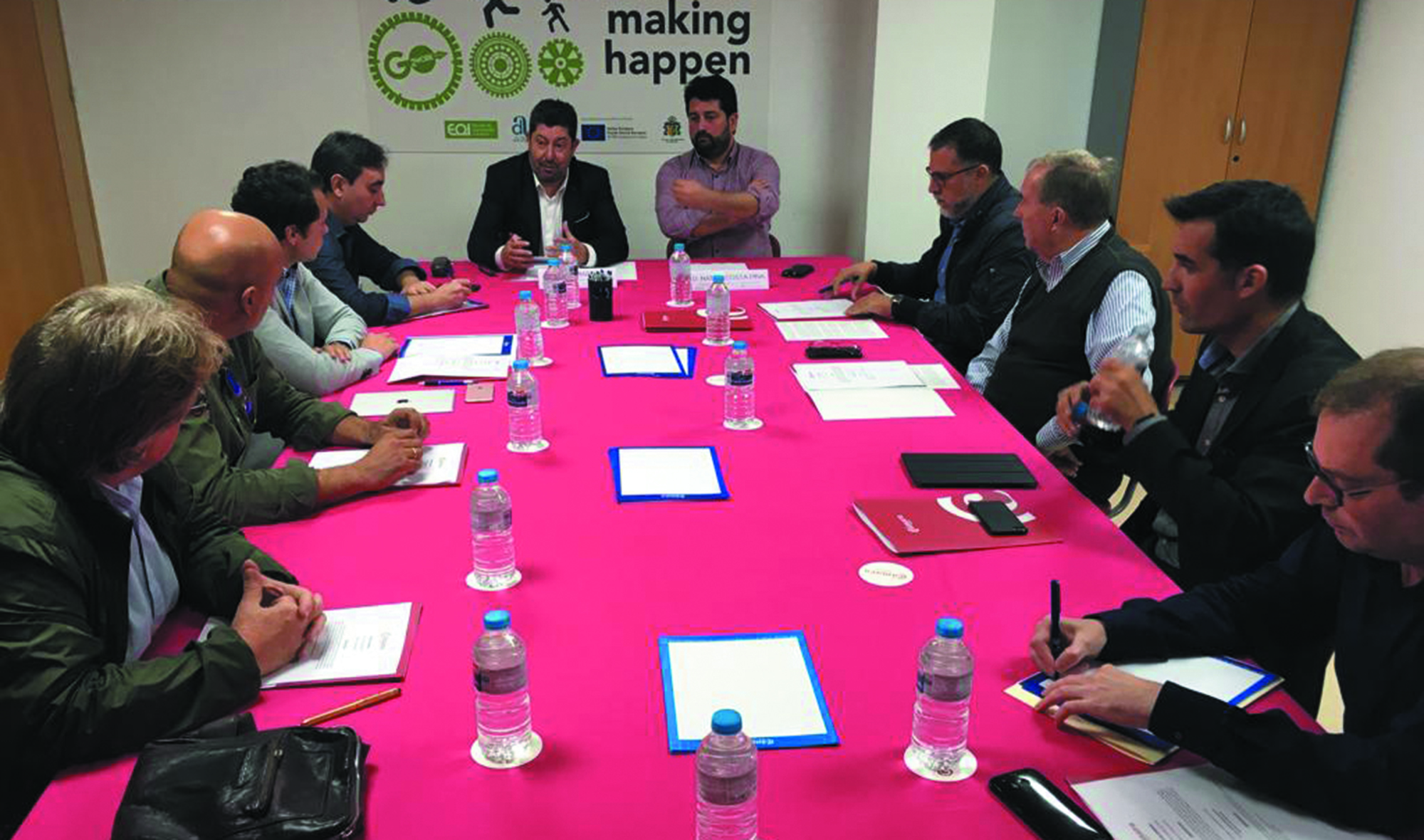 Chamber President Mario Martínez said that Orihuela should take advantage of this type of aid that is already being used by the sector in many other municipalities.

The meeting was also attended by Valencia’s General Director of Commerce and Consumption Natxo Costa, as well as representatives of different commercial associations (ACMO, ASUCOVA and the Association of Employers of Orihuela Costa), as well as technical staff from the City Council

The meeting was told that the aid can reach 25,000 euros per venture per year, subsidising up to 70% of the total project. 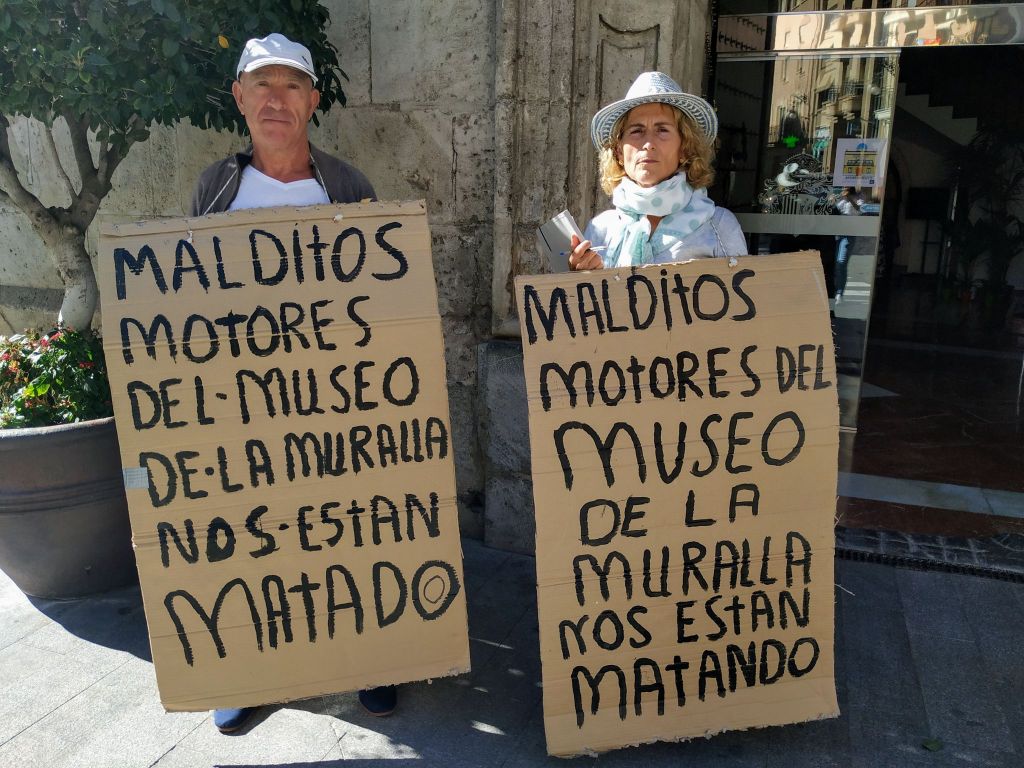 A couple that lives next door to the Museum de la Muralla has said that after over 18 years of loud noise and constant vibrations, which is ruining their quality of life, they have had enough and it is now time for the council to resolve the situation

María Encarnación Rodríguez and her husband, Rafael Cerezo, have now decided to take matters into their own hands, spending the last few days demonstrating at the door of the Town Hall in Orihuela city, demanding that the council find a solution.

Maria said that “The noise and vibrations caused by the engines installed in the museum to ensure good air conditioning and control the humidity are causing us problems with our health and our quality of life.”

AMPAS, the Almoradi parents association, have denounced their local education authority for failing to find a solution after the Minsitry of Education introduced compulsory teaching of the Islamic Religion in three of their schools, CEIP Pascual Andreu; CEIP Canales y Martínez and CEIP Manuel Torres.

In a joint press conference last week, the representatives of AMPAS from all three schools explained that “we want rights for all without selective imposition”. They say that they cannot understand why these three Almoradí schools have been chosen to carry out this pilot project, with which the Consell wants to assess it’s possible introduction in all schools throughout the Valencian Community.

They also denounce the lack of communication on the matter since neither the schools’ management, nor the parents were informed about “the change of the educational project at the time of its introduction”.