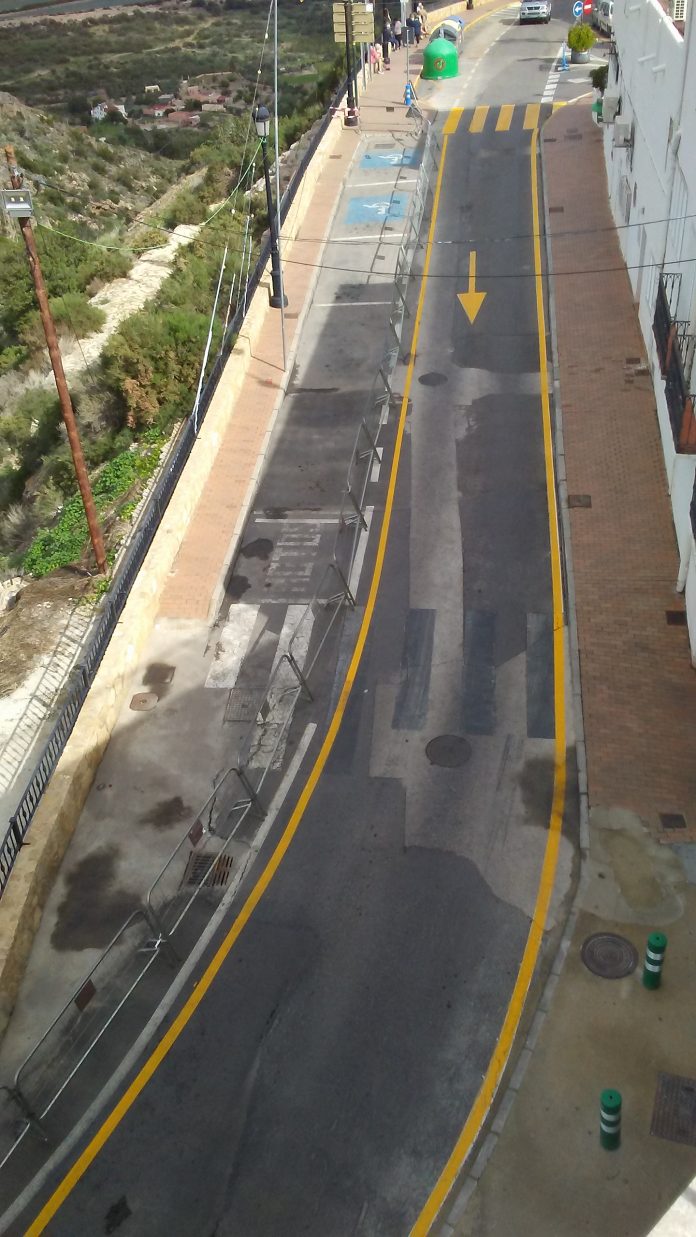 Along with the commencement of building the new Seniors Residence, Mojácar Council is set to start a number of works, including along La Avenida Paris, in front of what is to be the town’s future Town Hall.

The widening and reinforcement of this section, an area which currently has no pavement on the approach to the right, is a necessary step towards completing the works on the new Town Hall building while improving safety for pedestrians and road traffic.

This part of the project is expected to take three months and, although the street will remain open to road traffic, the Council has recommended school and nursery parents as well as users of the municipal sports centre to use the road that goes from La Fuente to the cemetery roundabout in order to avoid traffic congestion.

Mojácar’s Mayor, Rosa María Cano, has also announced that other works will be put out to tender before the end of the year, some of which will be due to be completed before that date. Others will remain pending for next year while the relevant administrative procedures are concluded.

LED street lamps are due to be installed around the Parque Comercial, El Faz and Marina de la Torre, costing 73,519 Euros. One of the most pressing tasks, however, is at Mojácar’s cemetery with the construction of 84 new niches, 36 columbariums and an area especially for families who will be able to place a memorial plaque after scattering the ashes of their loved ones. Additionally, roof repairs are to be carried out, along with maintenance and general improvements that are traditionally carried out at this time of year ready for the commemoration of All Saints Day.

A Council Plenary session also approved the purchase of an electric vehicle to replace the one that currently carries out cleaning work in the old town, with the aim of reducing the current disturbance and noise pollution to residents.

In the beach area, zebra crossings will be repainted, as well as work done to road signs.  The existing pedestrian protection railing from the beach to the Pueblo will have the remaining 80 metres installed by the Curva Pereta, with a budget of 6,500 Euros.