An 80-year-old man died on Wednesday while bathing in San Pedro del Pinatar, by the mud baths at Molino Quintín . The Emergency Coordination Centre received a call at 12.32 hours alerting them that an unconscious man had been removed from the sea.

The Local Police from San Pedro del Pinatar, an ambulance from the Municipal Emergency Service and SEM personnel were all quickly at the scene. 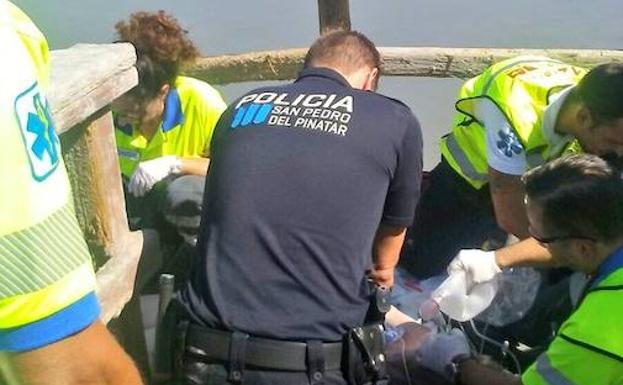 The Medical Coordinator said that the ambulance staff found the man unconscious after having suffered cardiorespiratory arrest and although they performed cardiopulmonary recovery maneuvers they had no success. Finally he was confirmed to be dead.

Corvera Airport will reopen on 1 July