The start of the morning race for SAMM members on September 23rd was delayed by 30 minutes as there was no wind at all at the usual time of 11.30.

The Mar Menor was flat calm and crystal clear around the jetty at CTD where the bottom is covered in healthy weed growth and numerous large shoals of baby fish could be seen on the surface, plus a few dinner-plate sized jellyfish. A magnificent improvement on the pea soup water of last year and a sign of a healthy environment. 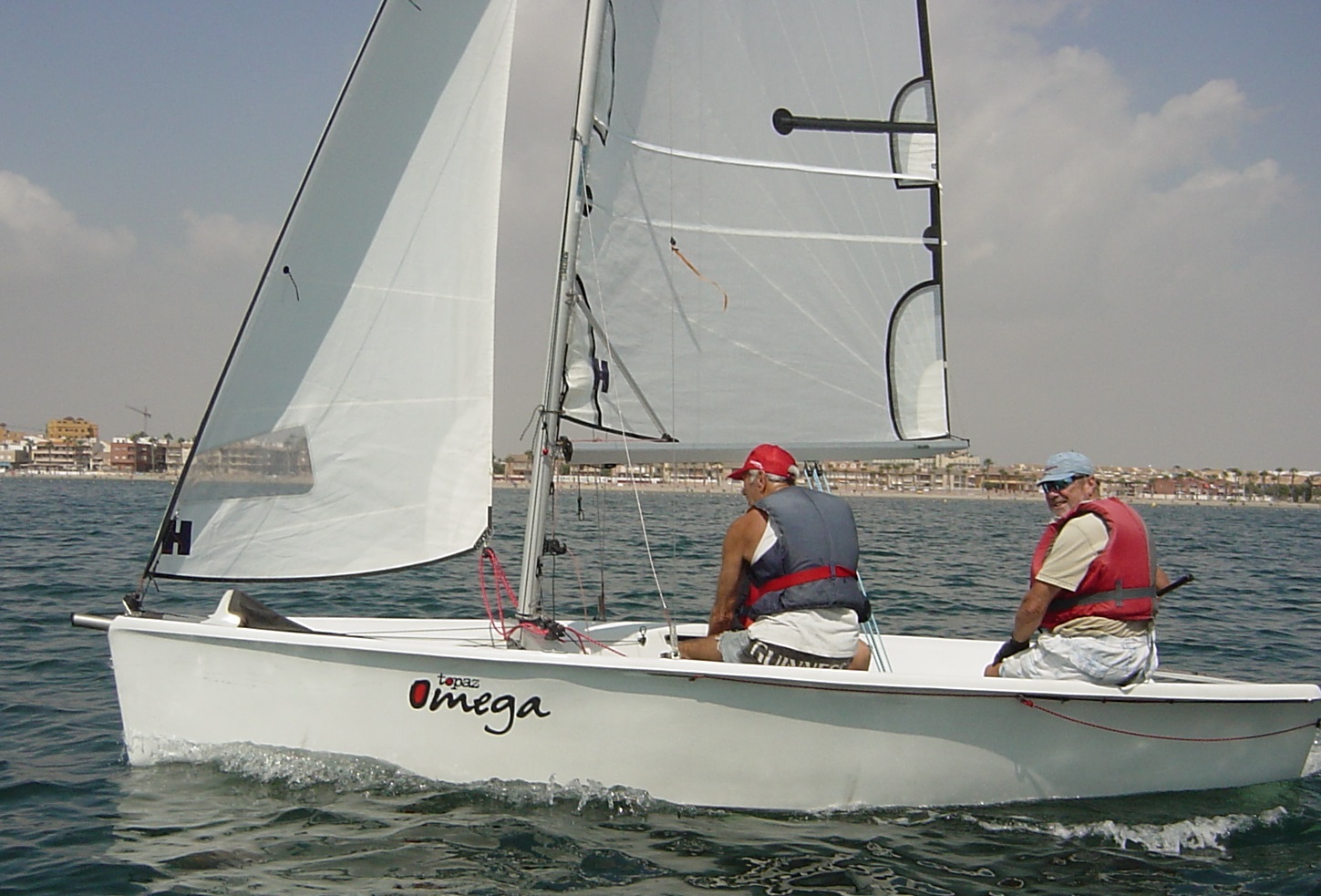 The eight boats eventually started in only 1 knot of wind from the east so it was a struggle for the larger boats. The wind slowly increased as the race progressed but was still only E 2.5 knots by the end of the four laps.

The lighter faster dinghies soon pulled away from the others with the new Shoestring Group’s Topaz Omega in the lead which she held to finish in 51 minutes. The last boat Balaton’s Mistral took 97 minutes.

The afternoon race started at 2.40pm by which time the wind had increased to E 4 knots and again this rose to E 6 knots by the finish. It was a great start with all 8 boats across the line within 3 or 4 seconds of each other.

Again the Omega took the lead and was the first to finish in just under 50 minutes. With the increased wind the last boat finished in 76 minutes.

The road to better footcare with Ruby’s Golden Feet