For the 3rd game of this new Preferente division season, 4th place, unbeaten, Torry entertained winless Redovan at the Nelson Mandela Stadium, one of only four teams in the league still without a point.

Fans were able to purchase the impressive Hummelspain Torry replica shirts from the box office prior to the game, which are now also for sale in the club’s HQ at Calle Caballero de Rodas 56, in the city centre.

Talk of a return to the Vicente Garcia Stadium is encouraging but the important thing is that results are favourable.  The club are doing all in their power to make it happen, with discussions between the board and the councillor for sport taking place this coming week.

Manager Manu Sanchez has installed a great team spirit into his totally revamped squad, one which I witnessed first-hand on the return coach journey from last week’s superb triumph over Villajoyasa.  Unfortunately the team spirit wasn’t quite transferred to the team’s performance as during the early part of the game it was the visitors who applied all the pressure.

Torry barely got a look in as Redovan belied their lowly position to take the game to their hosts in an encounter that had a fiery edge from the start. Two early yellows calmed the visitors down, although the first real opportunity of the game went to the home side, with Quique turning Omar’s effort around the post.

Thereafter the visitors were by far the sharper of the two sides with Torrevieja’s keeper Juanpe making excellent saves from Guille and Cristian. Indeed, but for the former Murcia stopper, the half time interval could have seen the home side a couple behind, so when the whistle came for the interval Manu Sanchez was keen to get his players inside.

However there was little improvement following the restart although much was due to the small minded attitude of the Orihuela referee who blew at every opportunity, as a result of which there were few occasions for the players to build, or put together, any meaningful passage of play.

But the hosts began to offer rather more of a threat as the game progressed, flooding the Redovan box with high crosses, and Mañez came close to finding the winner only to see his well-struck volley shave a post.

And with the home side piling on the pressure, as the contest entered the 6th minute of added time, virtually the final kick of the game saw Quique fumble a Revi free kick in the Redovan area. Quickest to react was Jorge, who was able to turn the ball over the line from close range.

It was a real blow for the visitors who thought they had just about scraped a draw but euphotia for CD Torrevieja. As Redovan’s wait for a first point continues Torrevieja move up to 4thin the table.

Next week a visit to Elche and CF UD Ilicitana, who are experiencing a rare poor start to their season with just a single point from their opening 3 games. The game is likely to be played Sunday am although always check the Torry website for details. 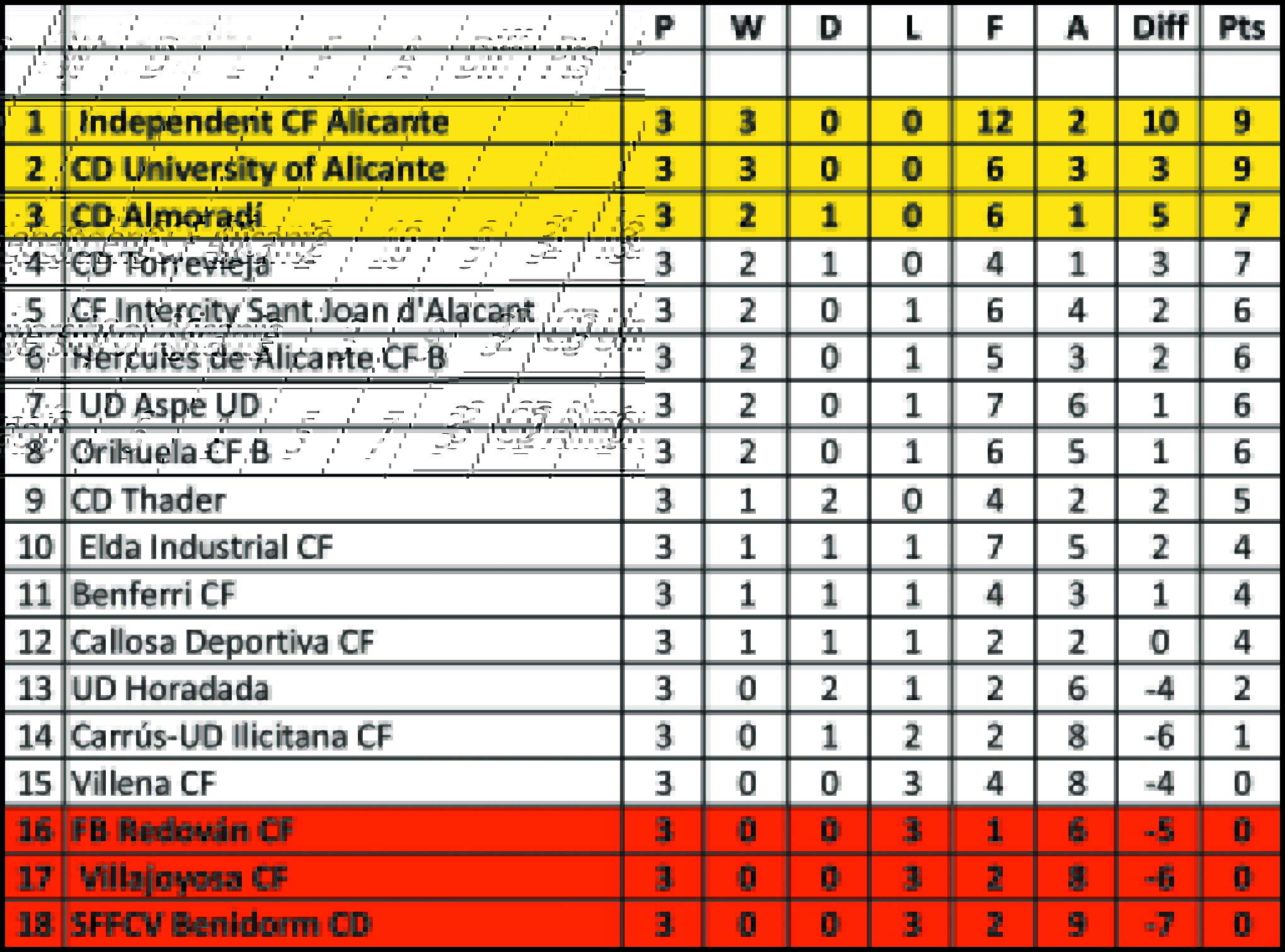