I don’t think that there has been so much anticipation at the start of a new campaign for some years amongst the fans of CD Torrevieja, but following the disappointments that they have had to endure over the last two seasons with this once mighty club, the arrival of new owners, a new manager in Manu Sánchez, coaching staff and a whole flock of new players, including two just last week, many supporters are looking forward to the season like no other in recent years.

One further addition to the backroom staff is the appointment of former Olympic Gold Medallist, Daniel Plaza, as Chief Executive. Let’s hope that he too can add a little bit of professionalism and determination to the Tory season. 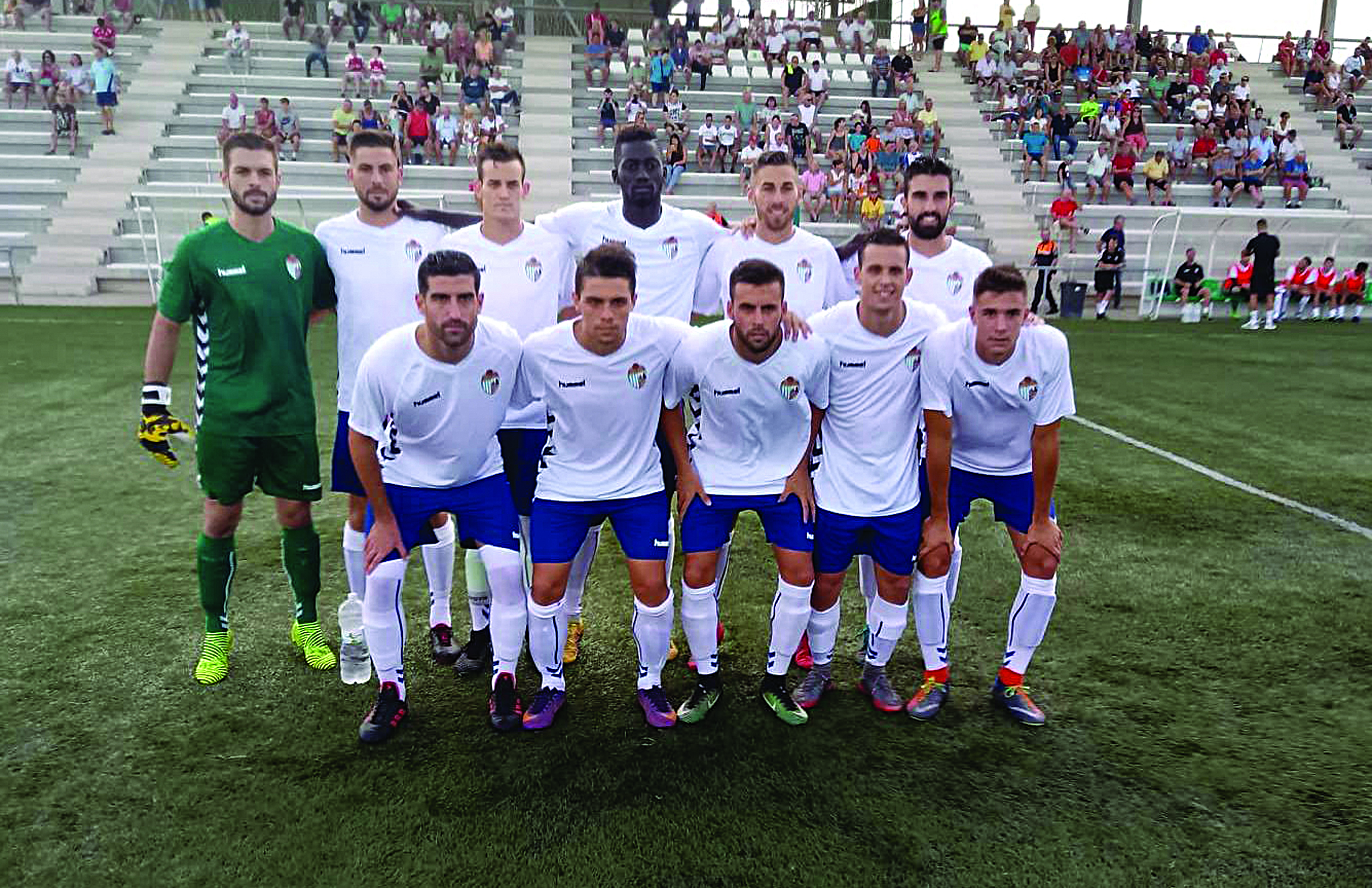 Supporters arriving at Sunday’s match would have been well advised to pick up a teamsheet on their way in.

Gone are the vast majority of the players from last year with too many new names to mention. Suffice to say that all of those who turned out in a Torrevieja shirt for the opening game of the season would have been making their debuts.

While the new–look squad certainly brings a level of uncertainty, it also brings with it potential, possibilities and a renewed sense of optimism, certainly if preseason results are any indication.

And the opening day visitors could not have been better scripted either, local rivals Horadada who will also be facing the new season with enthusiasm and desire, following their promotion from the doldrums of Regional football.

Perhaps with ambitions not quite as grand as Torrevieja, hoping just to consolidate in Preferente after their shock relegation two years ago, going into the match it could just be advantage Torrevieja. And apart from an early scare, where the Torry stopper Juampe was called upon to make a smart save, that was very much the way that the opening 45 minutes went.

Torry looked assured at the back. Their build up play was promising. But what they weren’t able to do was deliver that final ball, although quite whether Omar down the middle could have converted, had he been in a position to do so, was another matter. At this early stage of the season his movement needed to improve.

The possession was all Torrevieja, although with excellent support from a healthy following inside the Nelson Mandela stadium, where there was a raucous and joyful atmosphere after too many years of frustration.

And if the home fans were enjoying the creative football they certainly enjoyed the first Torry goal of the season when it finally arrived. Pressure from Fran down the flank on 23 minutes resulted in a corner which Rulo delivered onto the head of Jorge with pinpoint accuracy. The former Elche man guided his effort onto the underside of the bar but with enough power to ensure that it bounced down inside the line.

There were no complaints from Horadada as referee Lopez immediately signalled a goal.

The home side continued to play the more assured football but with little more to show. Many thought that a foul on Revi just outside the Horadada area late in the half should have brough a free kick but the referee waved play on allowing the visitors a rare opportunity to break.

The final action of the half saw Torry’s Jesus, under no pressure at all, almost head the ball beyond his keeper which would have been a travesty for the home side had the ball not gone wide.

The second period proved to be a much more feisty affair with Horadada seeing much more of the ball.

Antonio tested Juampe 10 minutes into the half and but for an excellent save by the keeper the scores would have been levelled up.

Two yellow cards for Horadada’s Roberto saw the player inexplicably remain on the pitch, no doubt questions will be asked of that, but 2 cautions in less than 5 minutes saw the visitors reduced to 10 men when Alio was sent from the pitch.

Bookings galore, during which there were a number of confrontations needing the peacemaking skills of the referee as the game became extremely scrappy with tackles flying in from both sides.

But still it was the home side in the ascendency as the match went into added time. With the torry manager receiving a yellow when he asked where all the added time was coming from the very last kick of the game, a Horadada corner and probably only the 3rd occasion they had been in the Torry box,  keeper Ros joined the fray and it was his shot that led to the equalising goal in the 9th added minute. Juampe pushed out the ball but only to the feet of Horadada’s Jorge who made no mistake from close range.

So as the visitors most certainly got out of jail Torrevieja will feel rather hard done by!

The second game of the campaign is against Villajoyosa CF next Sunday morning, kicking off at 11.30 am.