A nervous stage 6 saw Nacer Bouhanni (Cofidis) dominate a very tight sprint ahead of Danny Van Poppel (LottoNL-Jumbo) and Elia Viviani (Quick-Step Floors). The Frenchman claims his first Grand Tour victory since he took two on the Spanish Grand Tour in 2014. Rudy Molard (Groupama-FDJ) managed to finish in a 50-man bunch to retain the red jersey.

On a day highlighted by many, as one of the few opportunities for sprinters to shine, three riders attacked from the start: Polka-dot jersey wearer Luis Angel Mate (Cofidis), Australian star Richie Porte (BMC Racing Team) and Spanish talent Jorge Cubero (Burgos-BH). They already enjoyed a 3’20’’ lead at km 5, before Elia Vivianis’s Quick-Step Floors and Giacomo Nizzolo’s Trek-Segafredo got into action alongside Rudy Molard’s Groupama-FDJ to control the gap around 3 minutes.

Luis Angel Mate took the KOM points atop the cat-3 Alto del Garrobillo, 93km away from the finish. The peloton took it easier in the climb and the gap rose to 3’48’’ at the summit. But sprinters’ teams brought it back around 2 minutes with 80km to go. Mate also summited first the cat-3 Alto Cedacero. The gap was then up to 2’30’’ with 53km to go. 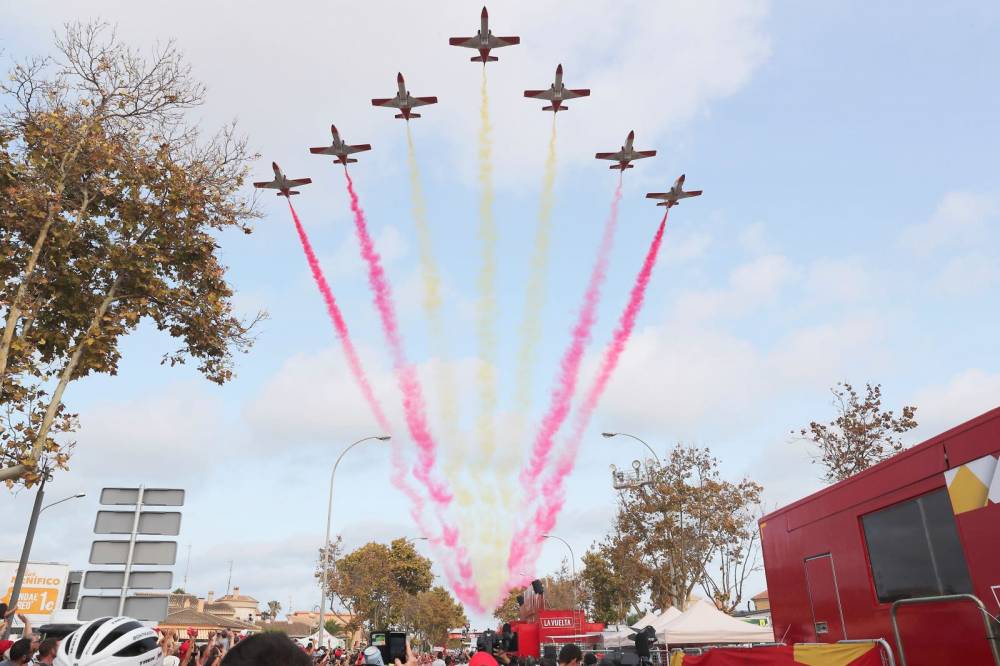 The pack maintained a tight leash on the attackers and their hopes of succeeding at San Javier were very slim with a gap down under 1 minute as the race under the last 45km. Jorge Cubero tried to go solo with 33km to go but he was reeled in only 4km later, as a nervous pack accelerated through the wind. A crash involving Fabio Felline (Trek-Segafredo) split the bunch with 25km to go. Thibaut Pinot (Groupama-FDJ) was at the back. And Wilco Kelderman (Team Sunweb) suffered a mechanical 6km further.

Pinot and Kelderman’s teammates united their strength to try and limit the losses behind a front group reduced to about 30 riders. The gap was up to 1’40’’ with 8km to go and stabilised until the finish line, where Nacer Bouhanni (Cofidis) edged another half dozen sprinters.

Meanwhile the exciting announcement last week that La Vuelta 2019 will start from Torrevieja. The Spanish Grand Tour will get underway with a time trial although the exact routes of two further Costa Blanca stages have yet to be decided.

“It’s an area with very varied terrain and there are lots to choose from,” said Vuelta director Javier Guillén during the press conference in Málaga at which he was accompanied by Eduardo Dolón, vice-president of the province of Alicante, and Juanjo Castelló, the deputy for sport.

“La Vuelta is not only about promoting sport, it is also a unique platform to display our most spectacular resorts to the whole world,” Dolón said. “We want to make the most of one of the most powerful tools that exists in the promotion of tourism. We can anticipate an economic benefit of around three million euros, taking into consideration all the preliminary events and the three stages,” he said.