Councillor Miguel Cano Peña (PP), has publicly denounced the state of the municipal sports track saying that it has been completely neglected and abandoned by the current town council.

He said that he did not understand how “the municipal government, led by José Manuel Dolón, has let such outstanding facilities, which were once the envy of athletic clubs at a national level, “deteriorate to their current forsaken state, without appearing to care in the slightest.” 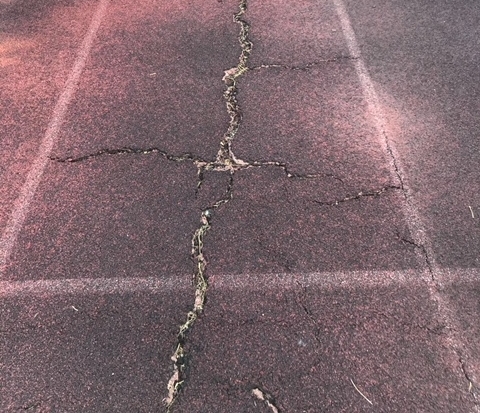 The facility and its condition was previously denounced by the Partido Popular two years ago since when it has deteriorated to a state whereby it is now a danger to the athletes who use it – the poor condition of the artificial track, dirt and rubbish that can cause injury to athletes, broken glass, cracked and much, much more.

The statement, which the PP sent to the media with more than 30 photographs, comes at a time when the government team plans to award a contract valued at more than 700,000€ for the complete renovation of the artificial turf of two of its football fields and the athletics track. According to the Councillor for Sports, Víctor Ferrández, the contract is close to being awarded so work should get underway in the next few weeks.