Mojácar’s Fiesta in honour of the town’s Patron Saint, has come to an end for another year, having attracted a record number of people joining in, all enjoying the exceptionally well organised programme of events.

On Tuesday 28th, the last day, the mass in honour of the Patron Saint was held in the Santa María Parish Church, officiated by the priest, Miguel José Esteban Jerez, which was then followed by the spectacular traditional procession through the narrow village streets of Mojácar with the image of San Agustín held high on the shoulders of the bearers, bringing this year’s official acts to a close.  Also in the procession, were the Fiesta Queen and Dames of Honour, Mojácar’s Mayor, Rosmari Cano and her governing  team of councillors, followed by the Municipal Band as well as many townspeople and visitors who were keen to join in.

After four action packed days of celebrations, the local Council along with the Merchants’ Association and town’s residents expressed how pleased they were with everything on offer over the whole event.  The feria de medio dia (midday fair), set up in the Plaza Nueva, saw a record number of visitors, all making the most of the great atmosphere, music and tasty food which carried them throughout the afternoon until the dancing started up again on the night.

Also, the more traditional events such as the ribbon races, the carrying of the floral offerings to San Agustín from the Fuente to the Church and the Mass in honour of the Patron Saint, registered a much greater participation this year.

Sporting challenges also played a big part over the four days, with the now traditional children’s and adult marathons, in which nearly 300 runners of all ages took part.  Football was also a popular feature with a friendly match between the Mojácar and Cuevas del Almanzora, making it no less than the XXXVI Senior Soccer Tournament.

New technologies found their place, too, with an online games championship full of contestants fully charged to show off their skills to gain pole positions. As well as the other activities organised especially for the youngsters, the whole fiesta and its programmed activities attracted many more young people and children in general this year. 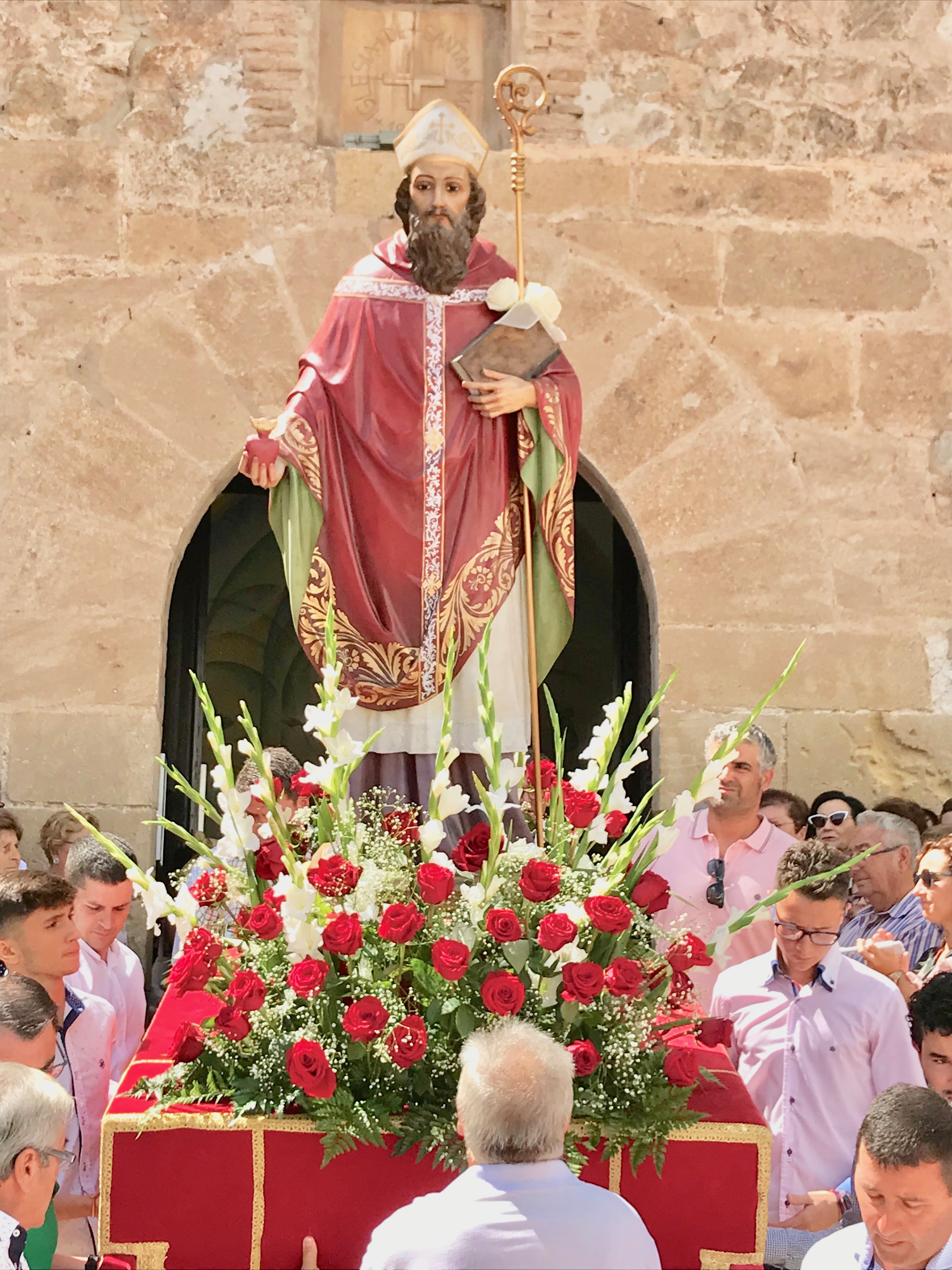 It was certainly a fiesta with a nod to the traditional and the new, with this year’s opening speech given by Eliseo Martínez García, teacher and theatre group director at Mojácar’s Secondary School.

Music and dance are the big traditional attractions at this type of fiesta and, as every year, there was a chance for those with enough energy to join in the fun each afternoon until dawn.