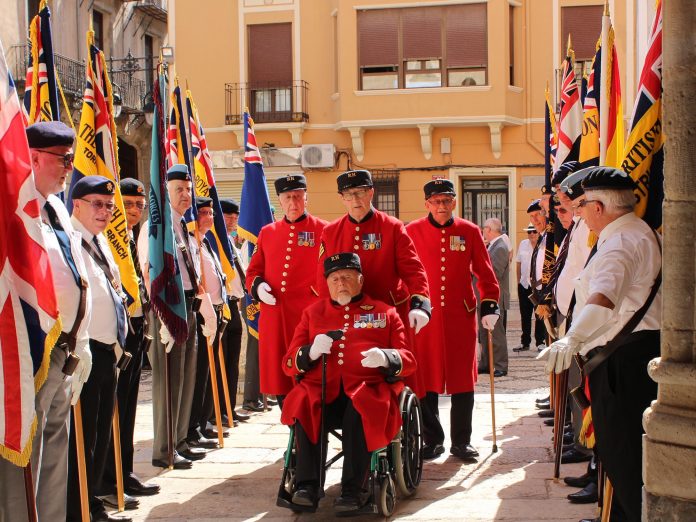 First observed in 2006, Armed Forces Day in the United Kingdom is an annual event to commemorate the service of men and women in the British Armed Forces. Here in Spain the event was celebrated on Saturday 30 June to also include all those security forces, including the Irish Services and the Guardia Civil, National and Local Police here in Spain, to raise awareness and appreciation for those who look after our well-being, especially those who are currently on active duty. 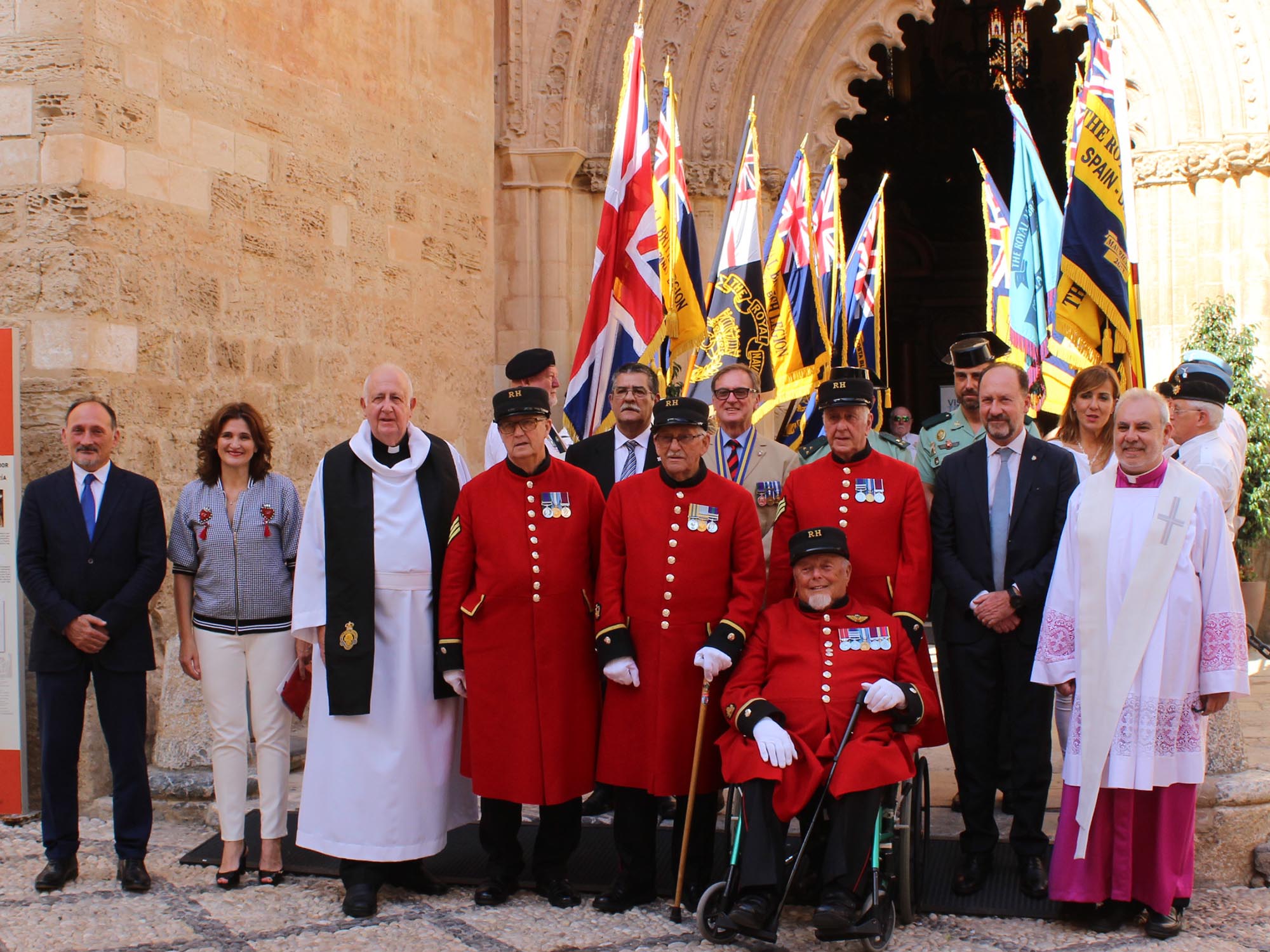 The event, which was also mentioned in a BBC report, was held for the first time in Orihuela city where over 200 British and Spanish servicemen and veterans, led by the Torrevieja Pipes and Drums, and including 4 Chelsea Pensioners who had travelled to Spain especially for the event, marched the short distance from Plaza Teniente Linares, along Calle Mayor de Ramón de Cajal to the 13th Century Orihuela Cathedral.

After they were greeted at the door by the city’s mayor, a 45 minute service, held in English and Spanish, was conducted by the Chaplain of the Royal British Legion (Spain North), Pastor Keith Brown, along with the Cathedral Dean, Father José Antonio Gea. 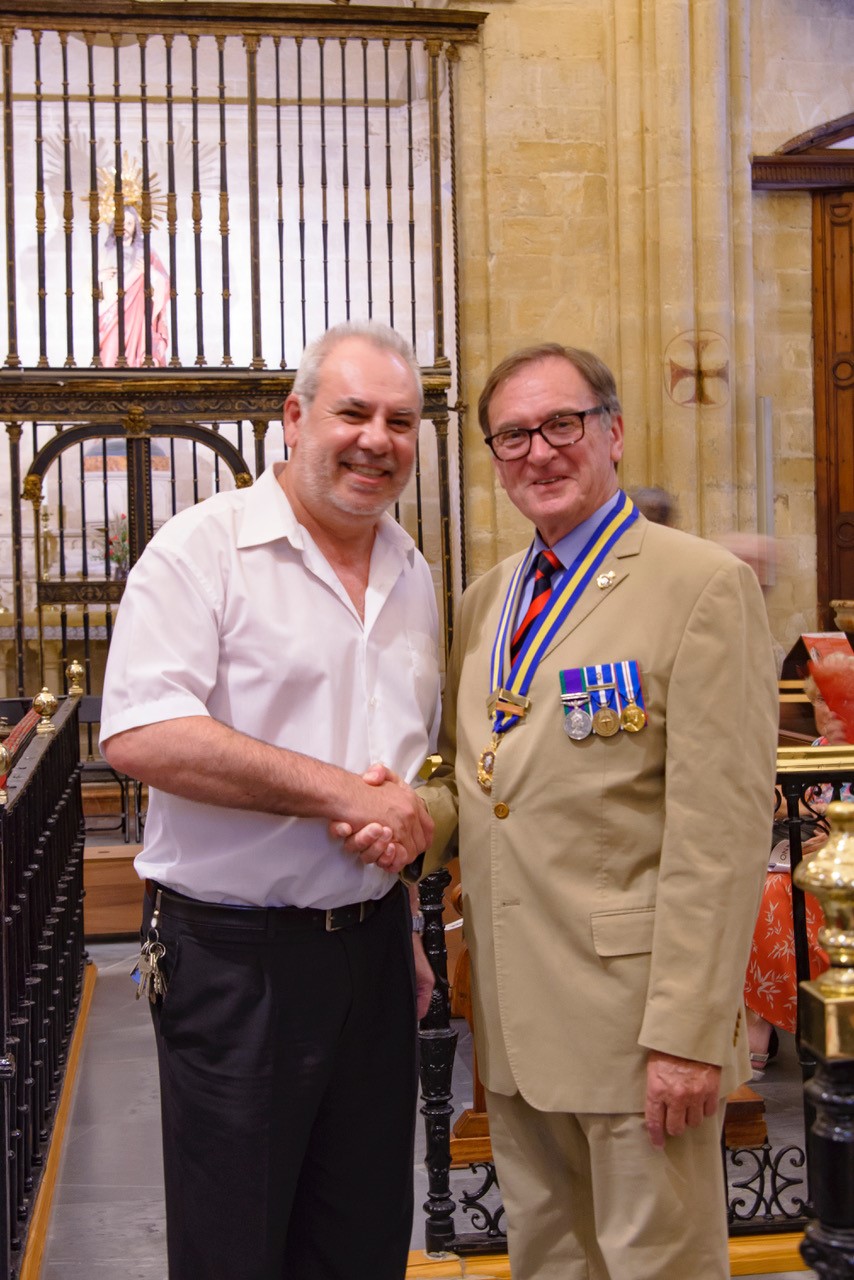 The Chelsea Pensioners marched into the Cathedral accompanied by “Boys of the Old Brigade” played by the newly formed band of the Royal British Legion, Spain. To the tune of “The Royal British Legion March” they were followed by the Standards of the RBL Spain North, RAFA, RNA, RMA, British and Spanish military veterans.

During the joint denomination service of readings and hymns, conducted in English and Spanish, there was further musical and choral accompaniment by the Royal British Legion Band in Spain, the Crescendo International Choir and opera singer Paul Michael, who performed a moving solo gaining rapturous applause.

The service ended with the mayor of Orihuela, Emilio Bascuñana Galiano, addressing the guests in Spanish and a little English saying how delighted he was that the expatriate community were able to hold the service in the cathedral’s magnificent surrounds. He said how moved he had been during parts of a very emotional and extremely appropriate ceremony.

Following the service a reception was held for almost 200 invited guests and attendees in the magnificent cathedral cloisters. 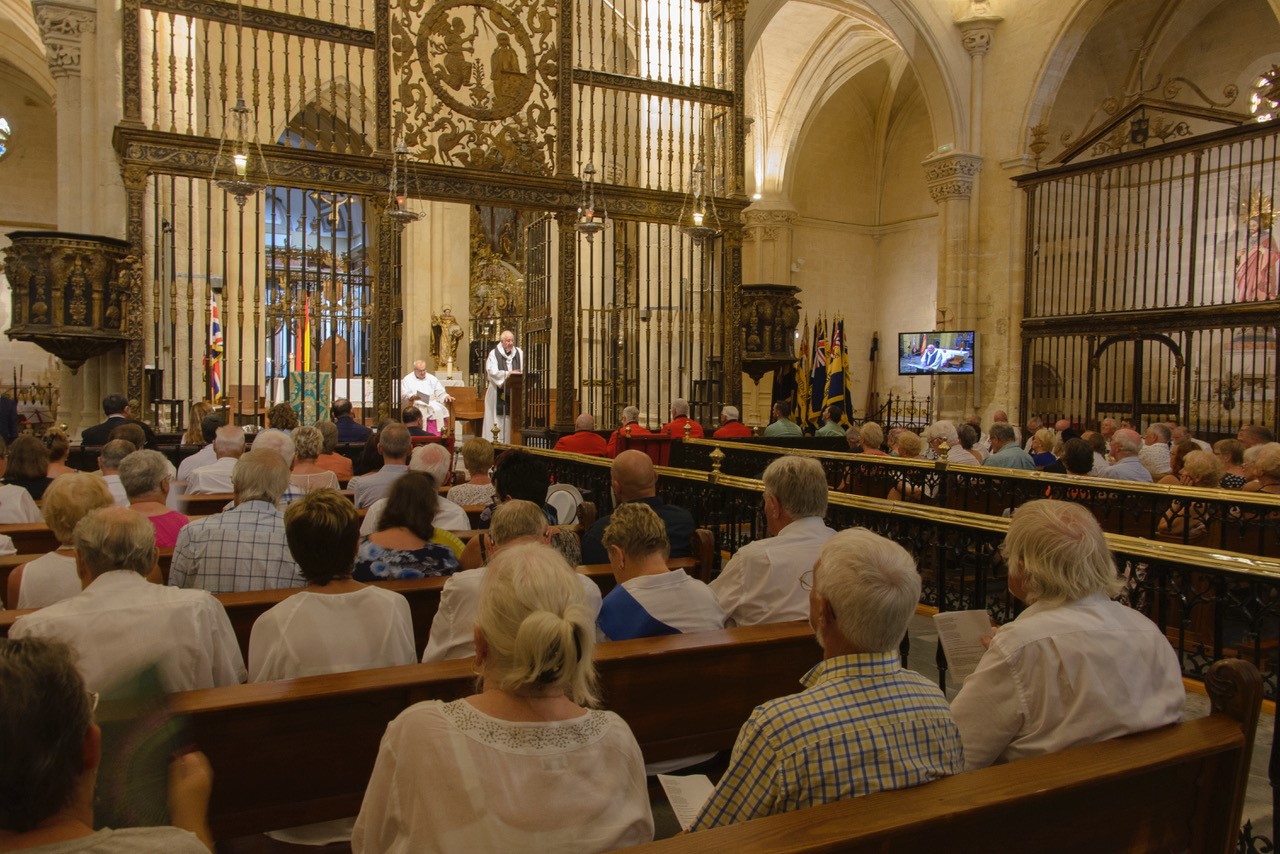 Guests included the British Vice Consul Elizabeth Bell, the mayor of Orihuela and many of his councillors, amongst which was Rafael Almagro, Sabina Galindo, the councillor for Tourism and Foreign Residents, Sofia Alvarez, who has provided her support to the event since it was first muted many months ago, and the Chairman of the Cruz Roja in Alicante Province. Donald Cubbon and Lt Col (Retd) Nick Keen, the Chair and Vice Chair of RBL Spain, District North, were also in attendance along with many members who had travelled long distances to be at the ceremony.

Thanks must also be provided to the Orihuela Council which provided free transport from the coast, to the Dean of Orihuela Cathedral, to the organiser Eddie Coleman of the Orihuela Costa and District Branch and to sponsors The Emerald Isle La Florida, Designaright and Quiron Hospital.

It truly was an especial occasion which it is hoped will now become an annual event in the RBL Spain calendar.