Until 29th June, the students in 4th year of ESO (Compulsory Secondary Education) with the best academic records in the province may aim for the sixth edition of the ‘NEWTON Excellence’

Newton College is launching the sixth edition of its ‘NEWTON Excellence’, a scholarship within its ‘Excellence Programme’ with a value of 25,000 euros which will cover the expenses of enrolment, tuition, exam fees, transport and dining services during the two years of the Sixth Form. As a novelty, all students currently enrolled in 4th year of ESO (Compulsory Secondary Education) in the province of Alicante, including those already studying in Newton College, may aim for the scholarship on equal terms, as the goal is to award the best student record.

The beneficiary shall then join the education community at the school located in Elche, being given the possibility to choose between the Spanish International Programme or the Bilingual Diploma Programme of the International Baccalaureate Organization (IB). It is an opportunity for students with brilliant academic profiles to be part of an appealing and innovative centre, which provides its pupils with new learning experiences and opportunities in their academic development, as well as different alternatives to access the university and the labour market. 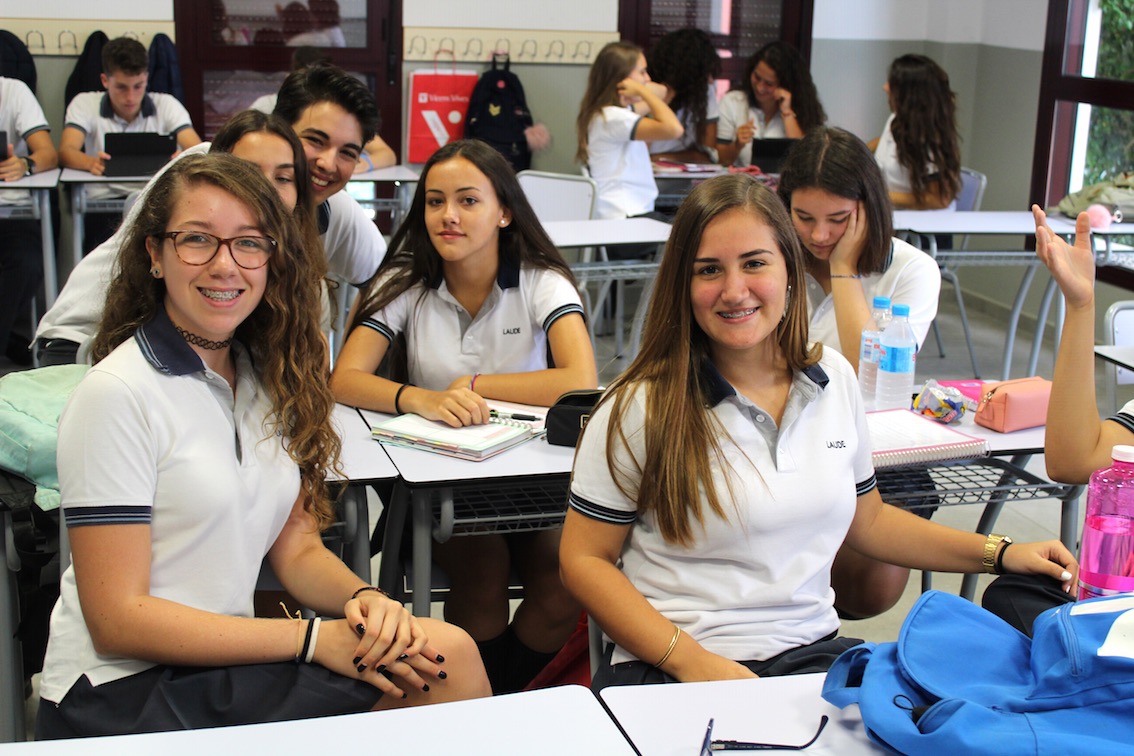 The call is open for all students with an average mark equal to or greater than 8 in the third and fourth years of ESO. They shall as well prove their knowledge of English through official certification or a test, and attach a recommendation letter from their current academic tutor. The applicants may send their request form, available on the Newton College website, by certified mail, or deliver it in the Newton College Secretariat before 29th June. The telephone number 966610238 is also available for further information or queries.

Upon the receipt of all applications, the best candidates shall be called for a bilingual personal interview with the scholarship committee, formed by the school’s management, mentoring and psychological teams, which will make public their final decision as of 6th July.

Students have been awarded the ‘NEWTON Excellence’ scholarship for their admirable academic record in Secondary so far: Claire García Ivorra, Patricia Martínez López, Lucía de la Vega Giménez, Estefanía Navas Vico, and the last one, Esther Ferrández Iborra. All of them could cover most of the academic expenses and study the two years of Sixth Form, receiving a high-quality education which has positioned Newton College as one of the best schools in the Valencian Community and Spain.

The launch of this new call represents, once more, the social commitment of Newton College, which keeps reinforcing its international programmes and educational proposals, betting on the use of technology and new learning techniques, at the same time providing future university students with the necessary tools, both in their academic and personal spheres, to keep moving forward in their education and improving their already brilliant curriculum.

All of the above is translated into an appealing, innovative, demanding, success-guaranteeing educational project which is set within a solid Social Action Plan that all of our students are part of.