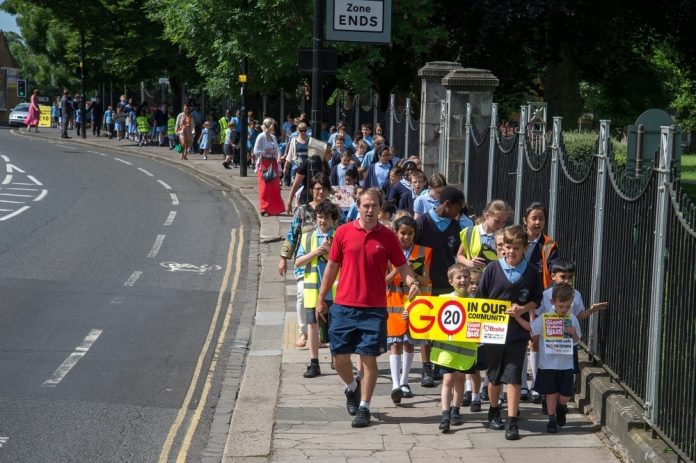 More than 100,000 kids from across the UK took to their streets last Wednesday 13 June to raise awareness of the 39 children who are killed or injured on roads in England every day.

Youngsters aged between four and 11 took part in Brake’s Kids Walk, in partnership with Co-op Insurance. This national project is helping them call for key measures to make roads safer, so that more children can enjoy the health and planet-saving benefits of walking.

To coincide with the launch of the walk, road safety charity Brake highlighted the true extent of child casualties on the nation’s roads.

Latest Department for Transport (DfT) figures1 show that 14,273 children were killed or injured on roads in England in 2016. On average, 39 children die or suffer injuries as a result of road crashes every single day. That’s the equivalent of a classroom full every day.

The South East has the greatest number of child road casualties (2,343 a year), while the North East has the fewest (702 a year). The region that sees the most child road deaths is the North West, with 15 children killed on the region’s roads in 2016.