AUAN MEETING WITH THE LEADER OF THE PP IN ANDALUSIA

AUAN, the association that campaigns for sense in Andalusian planning, continues its struggle to provide agile solutions to the planning issues that many people suffer in the Valley of Almanzora. Its president, Maura Hillen, had an exhausting schedule this week and it is certain that when she came to Spain she never thought that she would have to go through all this.

The week began with a motion in the Diputación of Almería promoted by the PP in support of an amendment to the Planning Laws (LOUA) submitted by AUAN to all the political parties and taken up by the PP. 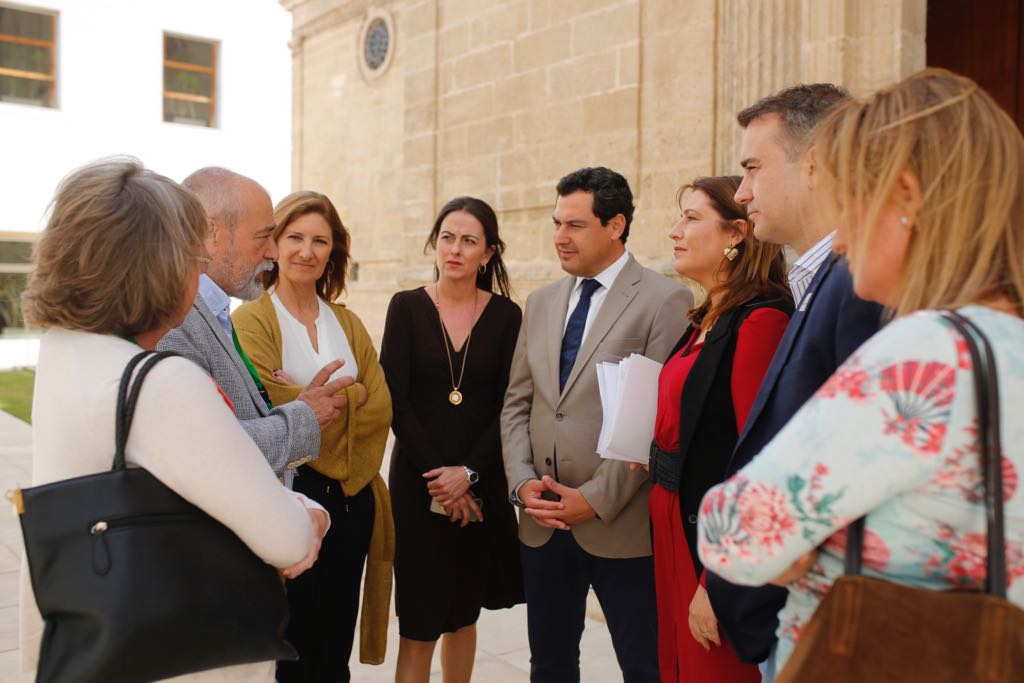 After the attack made on the amendment by the PSOE during the debate on the motion and after two years without any advances to solve the problems, Maura Hillen felt forced to resign as an independent councillor on the list of the PSOE in Albox, announcing her decision at the end of the plenum in the Diputación.

During the week, the president of AUAN, accompanied by Gerardo Vazquez, met with local representatives of the PSOE to speak about what had happened and Gerardo Vazquez commented that “I am not a politician and I think that by talking people understand each other’s point of view and the only things that those affected deserve are solutions as soon as possible. We understand that the reform that we are asking for will help many people and any help that the political parties can give us will be most welcome”.

After the commotion, the week did not end there, and last Wednesday Maura Hillen, and the spokesperson and lawyer for AUAN, Gerardo Vazquez, met with the British Vice Ambassador, Tim Hemmings, accompanied by the Consul for Andalusia, Charmaine Arbouin, and the Vice Consul Rosslyn Crotty. They were accompanied by Mr and Mrs Payne, a British couple in their seventies, who live under the threat of demolition in spite of have obtained planning permission and a first occupation licence and the rest of the necessary paperwork.

The case of Mr and Mrs Payne is practically the same as that of Mr and Mrs Prior, except that the Payne´s have not yet suffered the demolition of their home and hope to never do so. According to AUAN the Payne´s do not understand why they are in this situation when they did everything right and those that did everything wrong, that is to say built without a license, are not suffering this Calvary. A terrible message for the people, without doubt.

Later, on Thursday the duo, Hillen and Vazquez, went to the Andalusian parliament and took the opportunity to meet with the leader of the PP in Andalusia, Juan Manuel Moreno, explaining certain aspects of the issue to him. On the same day they met the spokespersons in the planning commission of the Andalusian parliament, explaining that the proposed amendment was not only a matter of social justice but also good for the environment, as recently set out in an article by Valzquez, asking for their support.

Finally, it is noted that the motion that took place in the Diputacíon is being repeated in various town halls in the Valle del Almanzora, with Albox being the first to do so. Curiously in the Diputacíon the PSOE abstained in the voting, but in Albox, the cradle of planning solutions, the PSOE voted against the motion.