The large underwater meadows that extend for almost 5,000 hectares along the coastline of the southern Costa Blanca, from Guardamar to Pilar de la Horadada, are an important part of the ecosystem and which contribute to the excellent quality of water and to the beaches

This underwater treasure, the Posidonia Meadow, is largely responsible for ensuring that local coves, dunes and beaches, meet the standards required by the European Environmental Foundation in order to bestow their blue flag awards.

This year the four local municipalities received 25 Blue flags of the total of 68, spread throughout the Valencia province, four more than in 2017. Of those, Orihuela Costa, with 11 awards in total, was the second most endowed municipality in the whole of Spain.

Posidonia oceanica, commonly known as Neptune grass or Mediterranean tapeweed, is a seagrass species that is endemic to the Mediterranean Sea. It forms large underwater meadows that are an important part of the ecosystem. The fruit is free floating and known in Italy as “the olive of the sea” (l’oliva di mare). Balls of fibrous material from its foliage, known as egagropili, wash up onto local shorelines.

Its function is vital for oxygenation and to keep the seawater clean. Habitats best represented along the stretch of coastline are posidonia (1.120 hectares), cymodocea, which is another species of seagrass, (1.110 hectares), as well as the cliffs and the rock faces (1.240 hectares).

These treasures, which are abundant in our local marine habitat, ensure good water quality, although of course this is not the only requirement for the award of the blue flags.

This wealth in the Marine habitat facilitates the good water quality, although this is not the only requirement for the very Blue flags.

The Orihuela Councillor for Beaches, Luisa Boné, explained that to get these awards there are many more requirements that have to be met including the provision of an adequate lifesaving and rescue service; the provision of general information to users of the beaches; environmental information and the encouragement of procedures and actions to ensure the conservation of the environment.

She said that it is also necessary to show regular improvements to the available facilities. In the case of Orihuela, for example, there will be five amphibious chairs for disabled beachgoers as well as many other additions to disabled services. There will also be upgrades to, and additional, toilet amenities as well as new lifeguard stations on each of the Orihuela Costa beaches. 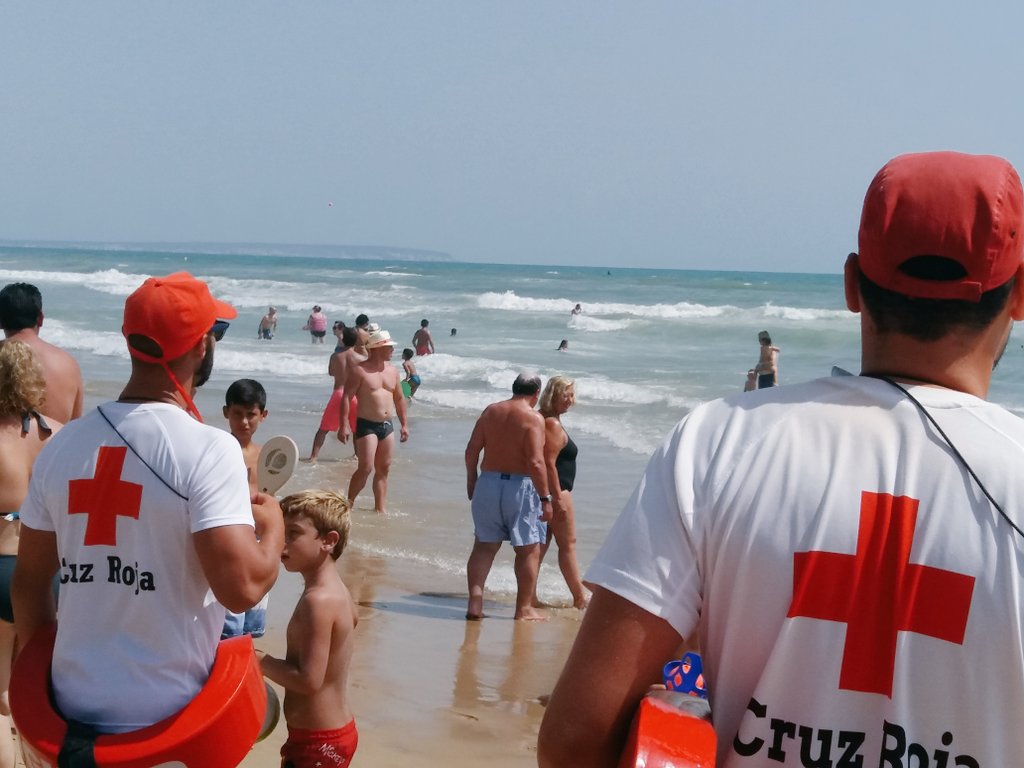 Applications from those municipalities who want to apply for the Blue flags are presented between October and November, each with a detailed project. If the beach meets the requirements it is presented with this distinctive award, usually before 1 July so that the accolade can be published in advance of the main holiday season.

Auditors will then usually visit the beaches during the peak periods, totally unannounced, in order to verify that the reported facilities are indeed available and operating in good order.

Boné reported that the Orihuela city Council also included the provision of Chiringuito’s on each of it’s 11 beaches, not a prerequisite of the award, but certainly a major plus point.  However, at this time there is no service available because of the suspension of the beach bar contract and at this point the new contract is still out to tender and has not yet been awarded.

She says that the local administration expects the situation to be resolved before July, but if not the council will have to submit a report explaining the situation before the auditors descend on the area in order to validate the beach services. It is that visit that will also be used as a guide for the evaluation of the beaches for the following year.