More than a hundred people gathered on Saturday morning in support of a demonstration called by the Neighborhood Association San Miguel Arcángel and the Association of Friends of Sierra Escalona to demand greater security along the municipal road that connects the urban area of ​​San Miguel de Salinas, la urbanisation de Las Filipinas and residences of the Orihuela Costa.

Protest banners were carried by the campaigners in opposition to against the erection of fencing along the main road, felling of trees and the clearing of forest land carried out in Los Claveles, Las Majadas and la rambla de la Fayona. 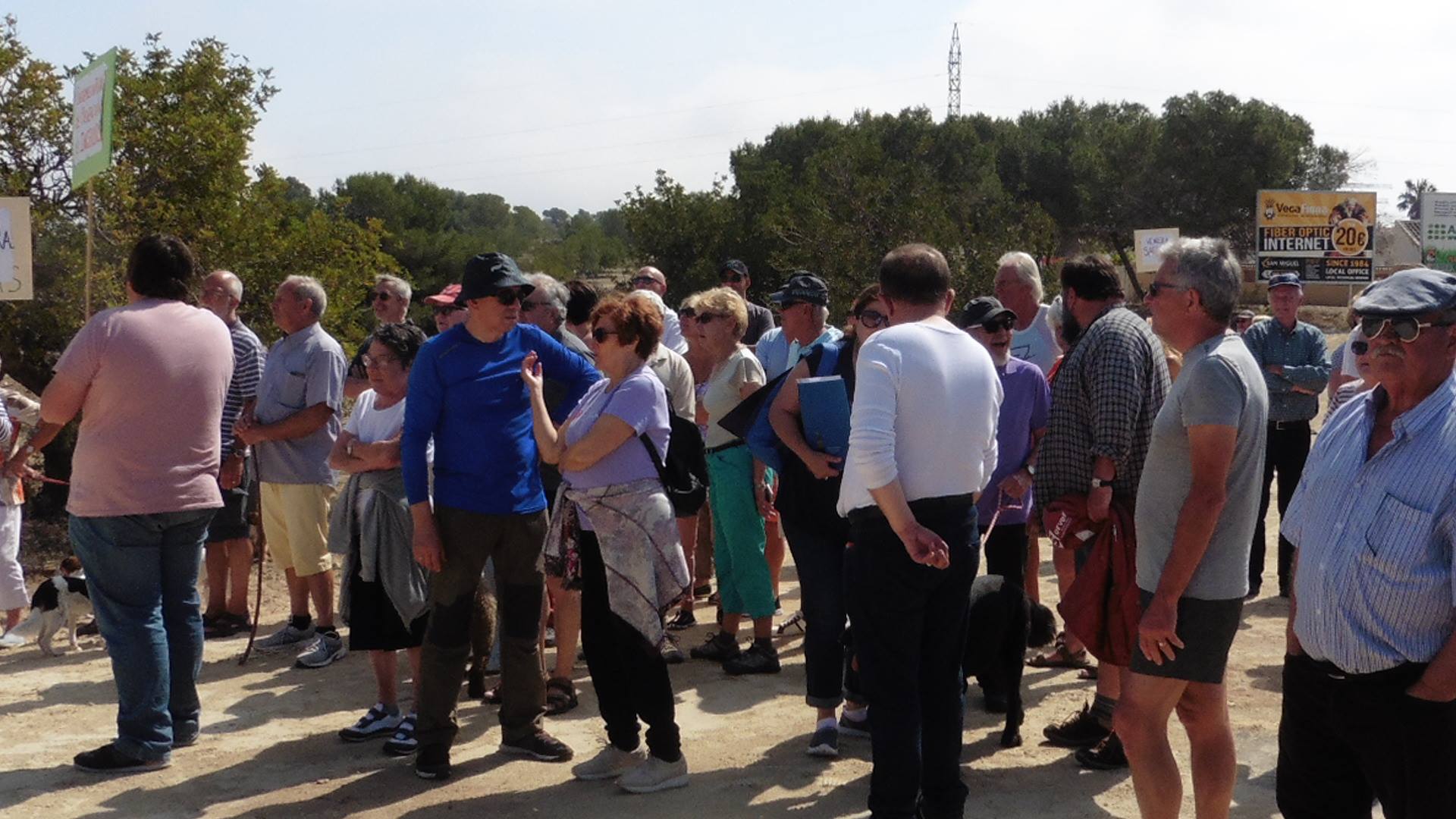 This environmentally protected area, which is included in the Forestry Action Plan of the Valencian Community (PATFOR) as strategic forest land, is currently besieged by urban developments.

In addition, three livestock trails converge in the vicinity, among them the path of the Colada de Sierra Escalona, ​​and the rambla de la Fayona, the main source of fresh water from the Lagunas de La Mata and the Torrevieja Natural Park.

The San Miguel de Salinas council has currently suspended the planning permission issued in February to erect fencing along the road after a denuncia was issued by the Association San Miguel Arcángel warning of the danger to the circulation of traffic along this public road, the only road through the interior of the municipality connecting the urbanisations of San Miguel and Orihuela Costa.

The road is used by thousands of drivers every day, despite its narrow and winding route, that makes it especially dangerous; a fact highlighted by the number of serious accidents that regularly occur.

The protesters have asked for the removal of many of the steep bends and a widenening of the road surface.

National legislation requires widths of between 20 and 70 meters for these protected roads, and a minimum of ten when they are not defined.

In February the San Miguel de Salinas council said that they intended to improve this road and even provide it with a bicycle lane, although little is known about the project which can’t be carried out while the historical livestock tracks still exist.

The demonstration toured Las Filipinas urbanisation in support of complaints and claims that have presented in recent months against the municipalities of San Miguel de Salinas and Orihuela, the Ministry of the Environment and the Confederación Hidrográfica del Segura.

Demands include the increase of the safety of the road, the elimination of the fence that borders the road and the urbanisations, the restoration of the forest, a plan of prevention of fires, the free transit of the cattle routes and the conservation, and removal of constructions and obstacles through the ecological corridor that connects the natural parks, the Sierra de Escalona and Dehesa de Campoamor, a future natural park, with the rambla de la Fayona and the Natural Park of La Lagunas de La Mata and Torrevieja.