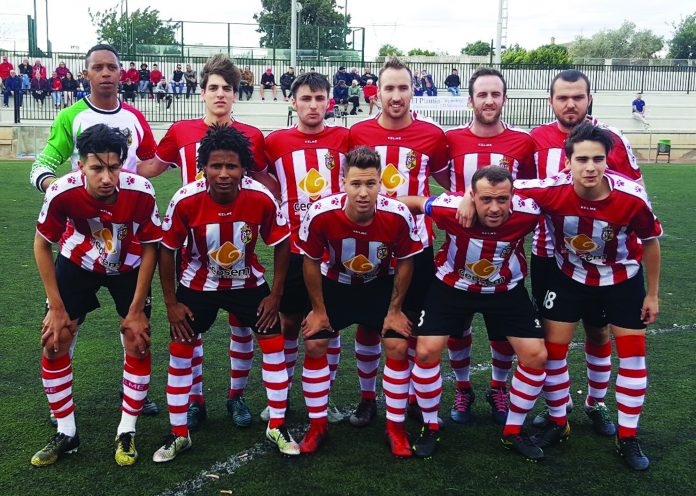 The game was arranged to give both teams a game due to all games this weekend being cancelled. The match was played in a good natured manner, with no bad tackles, no anger, and with a referee who allowed the advantage rule, rather than keep blowing his whistle, therefore keeping the game flowing.

In the first half, both sides showed a lot of skill, and the ball was being sent equally from one end to the other. Monte’s George was effective in sending long balls from defence to the frontline, resulting in Monte having several shots at goal, from Pastor, Luis, and Fran, with the support of Maccan. Pastor held onto the ball too long and was subsequently robbed of the ball.

A few minutes later Manu tried exactly the same shot, but this time the Benijófar goal keeper was ready for it and saved the goal. George headed the ball from a corner kick, just over the bar.

The second half was a completely different game, with both sides looking a little lethargic. Monte tried to keep the ball moving with several passing moves, but mostly lost the ball when not looking where the ball was going, or robbed by an attacking player. Benijófar relied on the long ball to send their forwards through the Monte defence, so it was inevitable when Benijófar scored when a player picked up the ball with no Monte defenders anywhere near him.

Several times, Monte failed to see their left wing totally on his own, but consistently sending the ball into midfield where the ball was eventually taken from them. Both goal keepers pulled off some good saves throughout the game.

The result was a fair result, but showed that Monte were lacking skills and commitment, especially against a side in a lower division.