The floral micro-reserve of Aguamarina is one of the areas with the greatest wealth of native species, on the Orihuela Costa. Many of the flowers and shrubs are in danger of extinction, where they grow along the seafront in the shelter of the Aguamarina rock face.

However, a lack of upkeep, maintenance and conservation by the municipal authority, over many years, has seen the area accumulate vast amounts of rubbish and waste. The pathways and fencing are in a very poor condition and much of the vegetation is uncared for and completely overgrown,

The flora reserve of Punta de la Glea, in a place known as the Aguamarina gully, is home to a fossil beach that is some 125,000 years old. As recently as 2012 the Ministry of the Environment designated the area as worthy of special protection because of its varied and rich plant heritage, containing many native species, some of which grow only in these seven hectares and a number of which that are in danger of extinction.

However, far from maintaining the area in order to protect the delicate vegetation that survives there, and far from promoting it to holidaymakers and tourists, the microreserve presents a neglected aspect, where the ravine looks more like a rubbish tip. 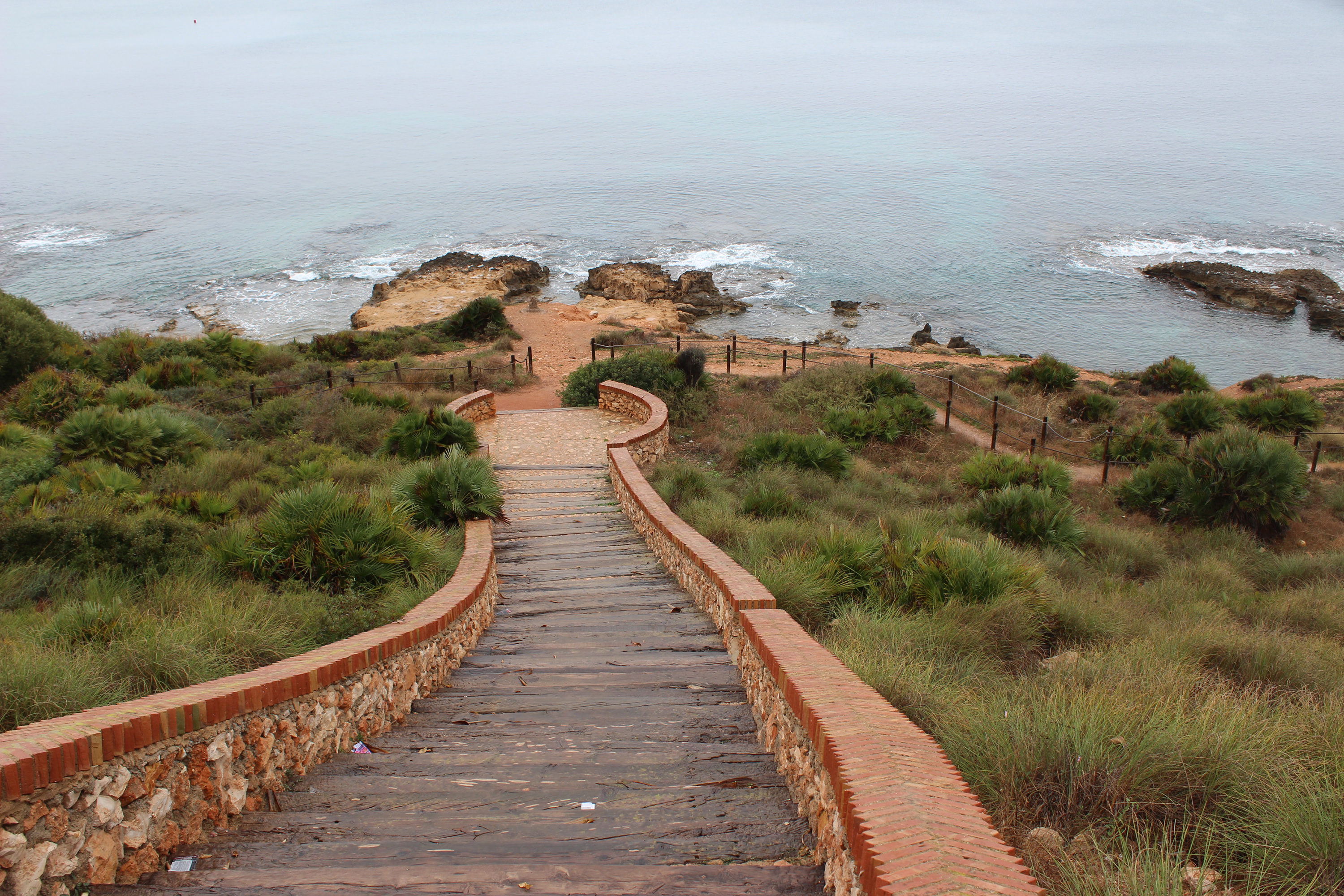 The Federation of Associations of Orihuela Costa (FAOC) has now written to the Councillor for the Environment Miguel Ángel Fernández denouncing the state of the area which they say, apart from occasional and sporadic cleaning, has been completely abandoned.

Spokesman Tomás Moreno said that “the inaction” of the Council is causing many problems, such as colonies of feral cats, weeds, waste, and invasion of the undergrowth into the footpaths due to the lack of pruning, so much so that along some stretches the walkway is completely overgrown.

The Councillor, meanwhile, says that he is aware of the poor state of the microreserve and that work will get underway to” revegetate “the area in the coming months, in collaboration with the Department of Beaches.

On the presence of the feral cat colonies, the councillor blamed a “lack of civic responsibility” by the residents who feed the animals adding that sanctions will be imposed on anyone caught so doing.