The Andalucia, a replica of the Spanish galleons that traded with America during the 16th to the 18th centuries and which helped to establish trade routes between Spain, America and the Philippine has moored in the Port of Alicante.

The boat, 55 metres in length, belongs to the Nao Victoria Foundation, an organisation that specialises in the promotion and development of events through its replicas of historic ships. The galleon can be visited by members of the public between January 17 and 28.

It is a floating museum that depicts the Spanish maritime culture that travelled around the world making naval history. 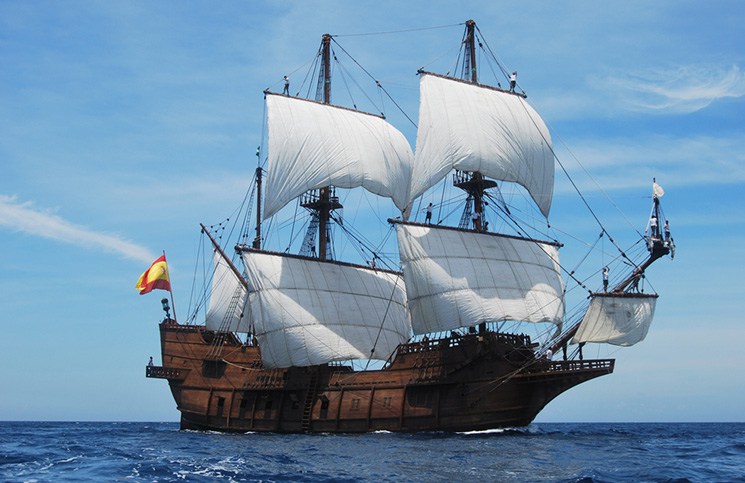 El Galeon was built during 2009 to 2010 by the Nao Victoria Foundation. Designed and developed by Ignacio Fernández Vial at the Punta Umbria shipyard (Huelva, Spain), the boat was launched on November 30th, 2009 and then the masts were added at the beginning of 2010.

The ship has already sailed more than 50,000 nautical miles around the world, taking in the Atlantic, the Pacific, and the Indian Oceans, the China Sea, the Caribbean and the Mediterranean.

It has recently returned to Spain from the USA. and Canada, where it visited the east coast, the Great Lakes and more than 70 cities including New York, Washington DC, Philadelphia, Boston, Chicago, Miami, Toronto and Quebec.

It took three years to research the main historical and maritime archives in Spain and compile all necessary information about galleons’ shapes, details and measures so that this replica could be built.

During its stay in Alicante, the Galeón Andalucía will open its decks to the public from January 17 to 28. Opening hours are 10am to 7pm at Pier 10 (Volvo Ocean Race) – Port of Alicante