President of the Generalitat, Theater, Ximo Puig, was in Torrevieja last week where he was inspecting recent maintenance and improvement works, funded by the Valencian Community, carried out to the International Auditorium adjacent to the N332.

Built at a cost of more than 50 million euros the building was opened in May 2011 since which time it has hardly been used. As such the management of the auditorium has been assumed by the Society of Thematic Projects of the Generalitat (SPTCV), which is chaired by the former Elche Politician Antonio Rodes, who has said that they are determined to make far more use out of the facility than has previously been the case.

The latest expenditure, of 350,000 euros, has been provided to adapt the scenery and the stage for the upcoming performances of theatre, music, dance and opera that will get underway on 16th November with the ballet “El Amor Brujo”, the first of 11 shows through to February. 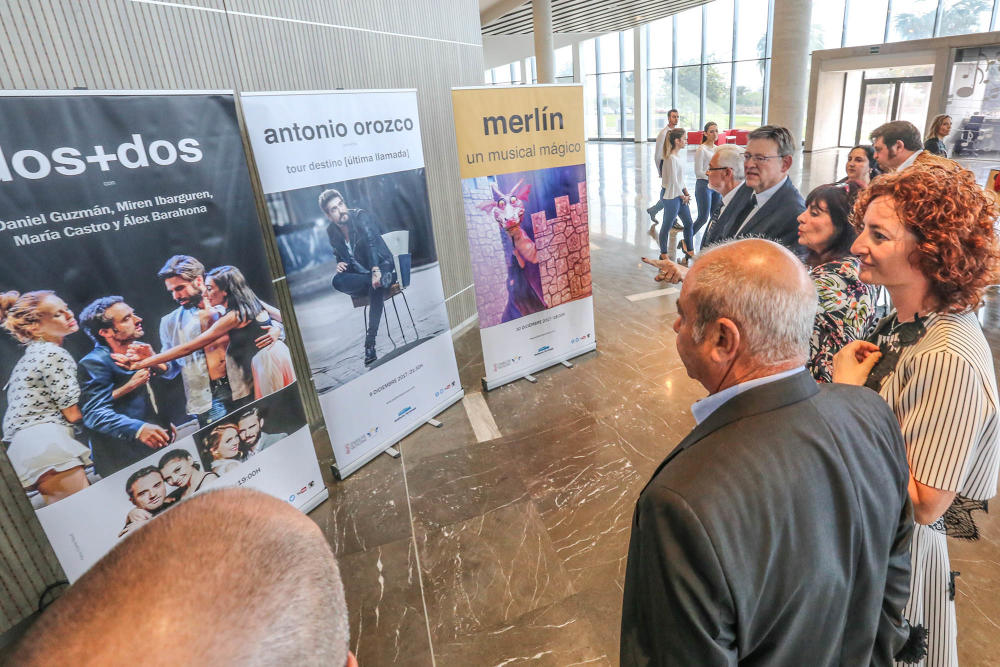 The piece was written by Manuel de Falla in the early 20th century. With a distinct Andalusian essence, it explores the gypsy mystique and approaches love in its most primary and essential form telling the tale of the young gypsy girl Candela, whose love for Carmelo is haunted by the ghost of her previous partner.

This is one of the most important ballets in Spain and one of Víctor Ullate’s greatest successes.

On 18th November 18th Nuria Fergó and Felipe Garpe will be accompanied by the Mexico Lindo Sinfónico which will be followed on 19th November by the musical La Comedia De Las Mentiras, (the Comedy of lies) directed by Pep Anton Gómez

The children’s musical ‘Merlin, A magical musical’ will take place on 30th December and on Tuesday 16th January the Tchaikovsky ballet ‘The Nutcracker’ will be performed by the Ballet of St. Petersburg. The choreography is by Moscow Ballet’s Ballet Master, Andrey Batalov who became an “Honoured Artist of Russia” following a long and successful career, in 2010.

All of the forthcoming presentation can be seen on the theatre website at www.auditoriotorrevieja.com.  Tickets can be purchased also be purchased online at the site or on the phone 902 15 00 25. The auditorium’s ticket office will also be open 2 hours before each show.