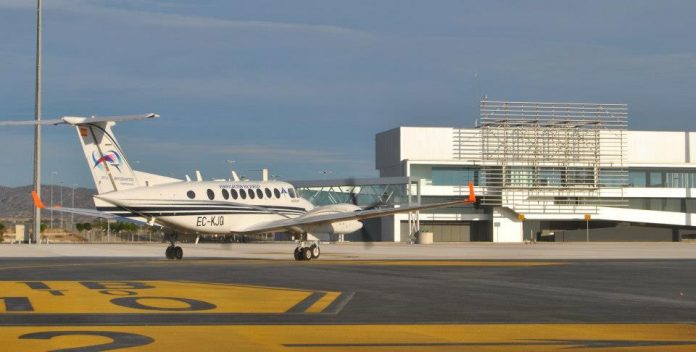 Although the award of the contract to manage Corvera Airport didn’t materialise Friday, as expected, it is only a matter of time before the formal offer to Aena is made following the withdrawal from the process last week by the French company Edeis.

The Murcia government say they are still evaluating the details of Aena’s offer, but everything indicates that Fomento have no alternative other than to accept Aena’s bid.

That would almost certainly be the final nail in the coffin for San Javier airport and, although not immediately, will result in its closure within the next couple of years.

In his address to the Murcia Assembly last week the Minister of Development, Íñigo de la Serna, said that Aena had made their bid to manage Corvera airport because it is a “profitable” asset with “significant” growth expectations.  He then added that “when their management is confirmed It does not make any sense to have two airports separated by only 23 kilometres,” and that civil flights should be transferred from San Javier.

The airport concession will be for 25 years, in which Aena will have to pay the Autonomous Community a progressive fee of 0.73 to 2.52 euros per passenger. The regional Administration is paying the guarantee of 182 million euros but it still must liquidate the previous contract with Aeromur.

The Minister of the Presidency and Development, Pedro Rivera, stressed that Aena “is the leading Spanish management company in the airport sector, completely solvent and offers guarantees for the management and operation of the airport.” This company operates 46 airports in Spain and manages another 15 in Europe and America and is the premier airport operator in the world by number of passengers; where, in Spain alone, it only in Spain it transports more than 230 million passengers.

Once the contract is formally awarded, Aena will then have to request the necessary  authorisations from the Ministry of Public Works and the State Aviation Safety Agency (AESA) to open the airport and begin with it’s operation, since the permits that were obtained by the the former Aeromur management are now void.

These measures will likely take a few months as In the case of Aena, which manages the national network of airports, including San Javier, the operator has extensive experience in these procedures.

But despite it’s problems San Javier airport continues to perform extremely well and only last week it announced two new direct winter routes to Leeds/Bradford and to Brussels as well as confirming that passenger numbers are up again this year by 9 per cent.

After losing almost 50 percent of its throughput in 2007, more recently the figures have been steadily rising, and with the introduction of the new winter timetable the airport is likely to see a further year on year increase in the coming few months. The airport say that they fully expect the number of passengers for 2017 to reach 1.2 million.

However, having twice been awarded the European Service Quality award in recent years, and in view of its improved performance, the arguments to close San Javier will continue to be fiercely disputed. But despite the announcements and the speculation I have no doubt that there are still a number of twists and turns to be encountered in this long running plot.