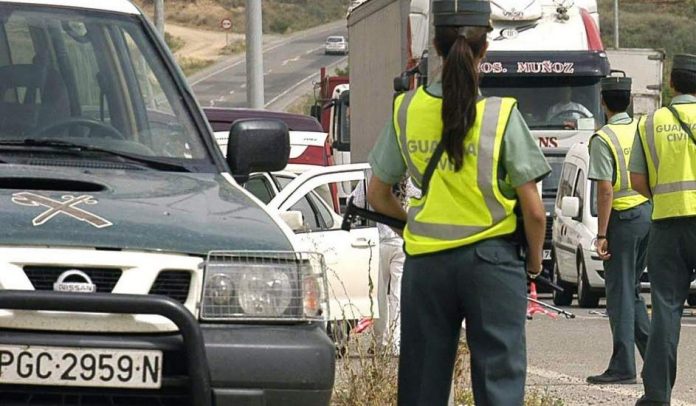 The campaign was carried out with the aim of detecting serious violations that directly affect road safety, such as driving under the influence of alcohol or drugs, driving and resting times, use of a mobile phone and other similar distractions that, given the size of the vehicles concerned, could result in numerous fatalities if involved in a collision or accident.

This operation comes after the tragic accident that took the lives of five people two weeks ago which was caused by a truck driver who allegedly drove under the effects of the drug.

In addition to the usual monitoring of traffic and roadside assistance, agents of the Traffic Sector of the Civil Guard of the Region of Murcia tested 609 professional drivers during the course of the week, which have yielded positive test results for drug detection on 11 of them – 3 cocaine and 8 THC -, and which have been reported to the Provincial Traffic Office of Murcia. 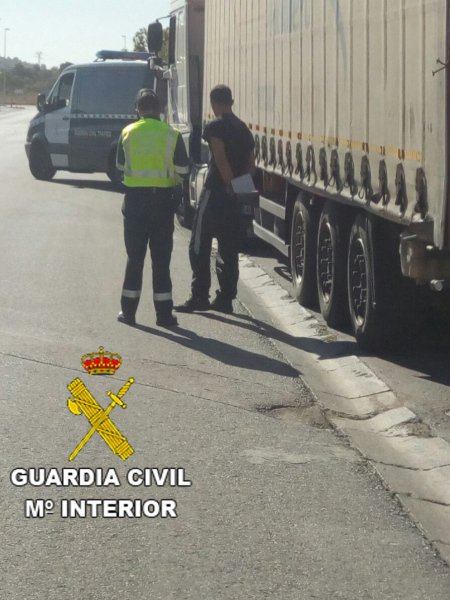 Under the current Road Safety Act, when driving a vehicle with the presence of drugs in the body drivers are liable to a fine of 1,000 euros and the loss of six points from their driving license.

Two other heavy goods drivers were also found positive for driving with an excess of alcohol, which is also sanctioned with 1,000 euros fine and the deduction of 4 to 6 points from the license, depending on the level.

The campaign also identified 62 drivers who were found to be in excess of their driving times and one of tachograph manipulation, while a further dozen violations were detected in the use of a mobile phone or reading documents that were spread across the steering wheel.

As a result of the infractions detected by drugs and alcohol, the vehicles were immobilised, in accordance with the provisions of the Road Safety Act, given the dangerous nature of the movement of large-tonnage vehicles in these conditions.

This measure remained active until an alternative driver was able to collect the vehicle.

Although similar campaigns are limited to planned dates, the Traffic Sector of the Civil Guard of the Region of Murcia intends to maintain their operational efforts to monitor professional drivers, as a priority for the maintenance of road safety, given the real danger they present in the event of an accident.