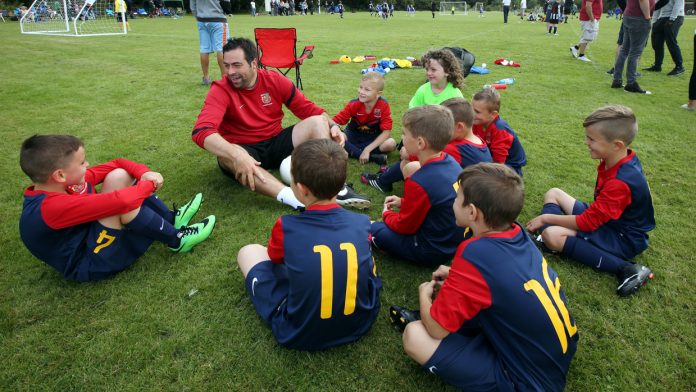 Daya were second best from the kick off but on six minutes had a wonderful chance to open the scoring.  Bigastro’s poor clearance only managed to find Daya’s Fernando who put Alex in with a great chance but he was bundled off the ball and the chance was gone.

This did seem to give Daya a kick up the backside as they certainly became more involved in the match.  On twenty minutes the usual rush of blood in the heads of Daya’s defence saw a free kick conceded just outside the penalty area, fortunately the kick was wasted.

The visitors by now we’re competing well letting the home side know that they were not going to roll over.  Daya had a couple of good chances as the half drew to a close, a great free kick was tipped over by the Bigastro keeper.  So 0-0 at the break with the visitors certainly not disgraced.  With the second period just minutes old the home side took the lead with a well worked goal and now Daya did have it all to do.

The home side now sensed the game was theirs for the taking and pushed forward in numbers.  On eighty two minutes the Bigastro keeper made a great save to keep Daya from equalizing, which would have been nothing more than Daya deserved as their second half efforts had been considerable.  Although they could not match their opponents skill levels Daya’s fitness and attitude throughout were exemplary.

With the game deep in time added on Daya put yet another good move together that went from deep within their own half down the left hand flank with a beautiful cross into the box from Josue, Fernando timed his jump to perfection and headed home the equaliser.

It was a result the whole team deserved.  Coach, Juan Pedro, must take much credit for the way he set the team up and their mindset.

Bigastro started this evening’s game in second place and probably thought the three points would be a formality, I just wonder what they are thinking now ?  Man of the Match, all of them!!