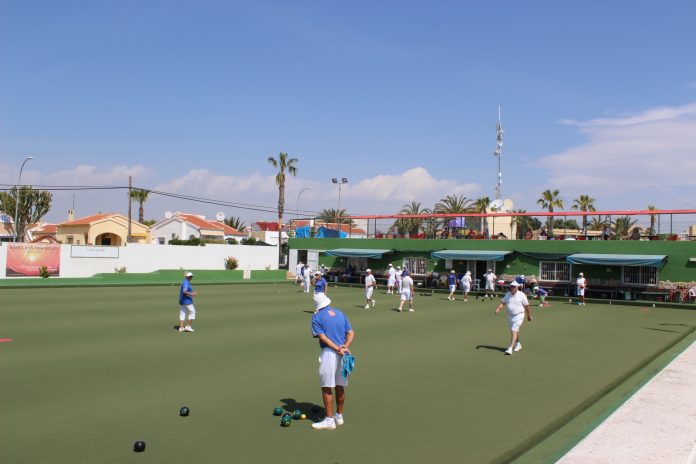 Great result for the Explorers when the San Luis Klingons came to visit. We won 9 – 5 and they had sent a strong team to play against us. So well done to everybody.  Tom Spencer, Jim Reeves and Mo Kidd won 18-10 and Shirley Hadaway led her trip of Margaret McLaughlin and Janet Parsons to win 20-10 while the trip of Mike Stone, Martin Webb and Hilary Cronk had a great win of 15-12.

Meanwhile the Pathfinders found their way to Monte Mar to play the Toreadors and came away with a 10-4 win.  Some good games, some close, some not so which showed in the overall score of 112-96. Wendy Latham did well personally in drawing two shots on the last end to record a 16-14 win with help from Angie Butler and Barbara Forshaw.  John Rae, Dave McGraw and Jean Tregoing had a good win of 21-10 while John Morgan, George Furzer and Gina Hindle had a win of 25-18.

Not to be outdone Barry Latham, Garth Slater and Dave Taylor came away with a nice win of 29-7 but it was even better for someone to not be last off the green.   I am not allowed to say who was last off as threats have been made.

Back down to earth on Wednesday with the Winter League where we faced Emerald Isle away. Sounds awful when you hear the score was 10-2, not as a certain person put on Facebook 12-2. The one winning rink was Dave Taylor, Mike Stone, Carol Smith and Mo Taylor, so well done them.

It didn’t go much better on Friday when the Merlins met San Luis Tigers and we were at home.  Lost 11-3 but in reality it was a much closer game than that. A fine win by Bill Jones, Arthur Cronk and Reg Jackson with a score of 20-11 whereas John Withers, Berni Carr and Barbara Forshaw managed a good draw.