It’s Sunday October 22nd, people are arriving at CTD Los Alcazares for the SAMM race day. Instead of the 15 knot winds forecast the day before, they are greeted by 18 knots gusting 21. The water is fairly flat as the wind is from the ENE. Shall we risk it? A big YES!

Seven boats come to the start and off they go at 11.30am followed 10 minutes later by Colin and Leon on Mistral who had a gear problem to fix first. All made the first mark but, tacking upwind on the way to the second the first disaster. Julian in his Topaz Duo capsizes 8 times in as many minutes. He’s a small guy and does not have the weight to counter the wind strength, so retires. 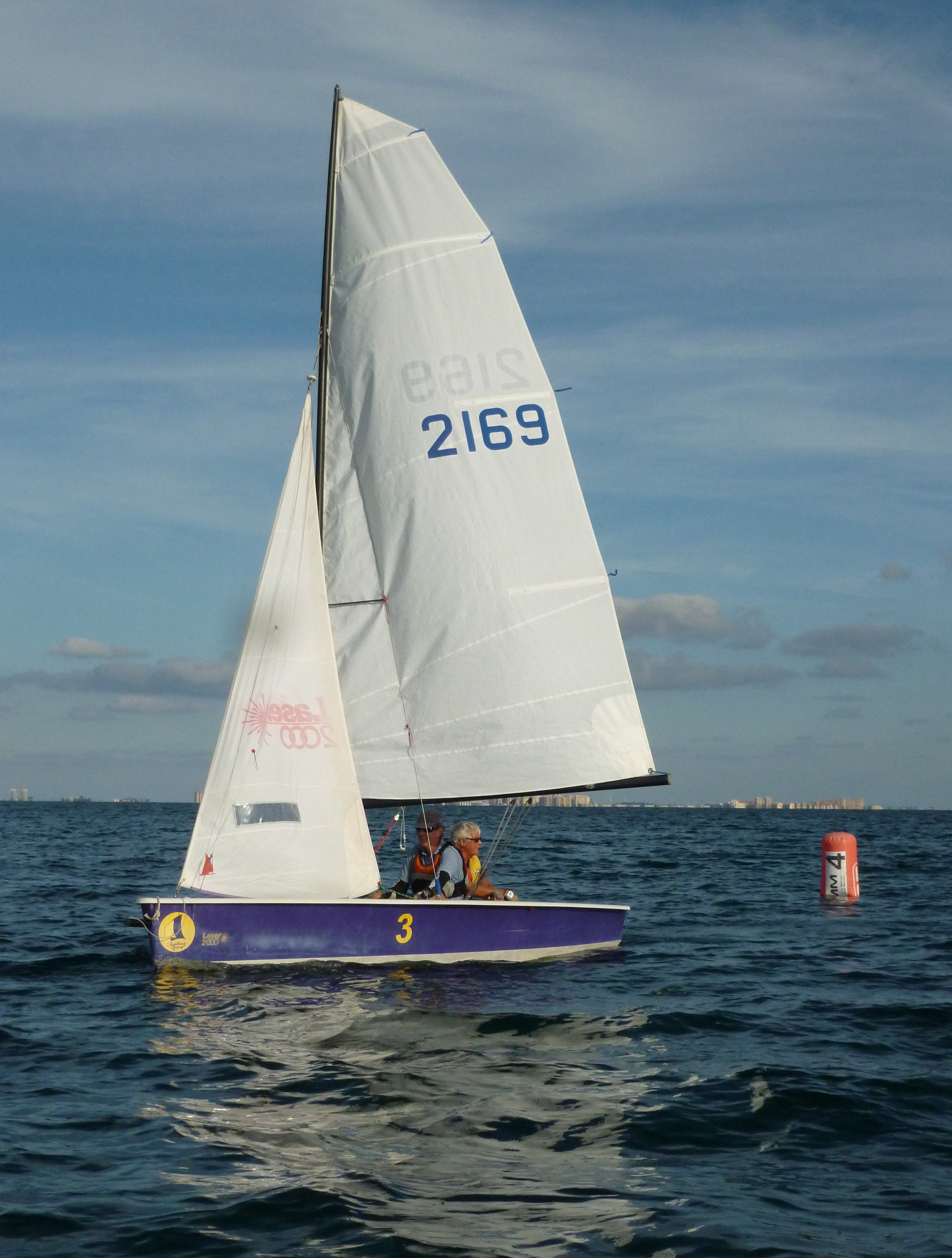 The next disaster is Bob, Jeff and Norman in the Gamba, Shoestring Cuatro, who capsize just before completing the first lap. Cuatro is a heavy boat and they struggle to get her up, with the SAMM support boat standing by in case they need help. Up she pops at last with only Norman on board, but the tiller is damaged and he cannot steer. She drifts away too fast for the others to swim and catch her. They are picked up by the support boat and taken back to shore. Cuatro drifts downwind and onto, then over the reef and finally beaches.

The support boat returns and finds all the remaining boats are safe but almost immediately the next disaster. The late starter Mistral comes close to the same reef before tacking only to go into irons and hit the reef. She is too big to drift over it and Colin and Leon can’t get her off so the support boat goes to her rescue and, after a struggle in the conditions, manages to tow her off and back to the jetty. Thank goodness we bought the 40hp engine.

The remaining 5 boats continue in the difficult conditions until poor Mick, in the tiny Sea Hopper, suffers gear failure as he starts the last lap and is forced to retire.

The Race Officer is not sure if the afternoon race should go ahead but everybody except Leon is keen to go. 7 boats start at 2.40pm and find the wind has now dropped to 15 gusting 17 which is a bit more manageable.

There is a bit of excitement at the start when Lavanter, Robert, Bob and Ernie, have their wind taken and, not only hit the starboard start mark but get it’s anchor line caught around their keel and drag it out of position. Luckily all boats except one have started so no need to organise a re-start. After getting clear she follows the fleet but is about 8 minutes behind. A passing holidaying dinghy sailor has joined Julian on the Topaz, so no capsizing. In fact all boats complete an exciting race, with Lavanter managing to haul in other boats and cross the line in 5th position.