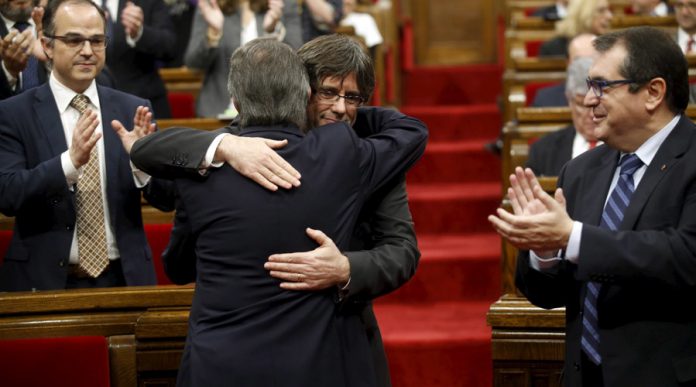 By the end of the week, the Spanish Senate may approve the central government’s call for an intervention in the Autonomous Community of Catalonia, potentially leading to snap elections in the region within six months’ time. Such measures are unprecedented under the Kingdom of Spain’s (Spain; rated A (low), Stable by DBRS) current constitutional framework, and consequently, significant uncertainty surrounds its implementation.

DBRS expects tension and uncertainty to remain elevated in the time preceding the snap
elections in the region, the result of which will be crucial to future discussions. The ultimate
impact of the institutional crisis on the economy and on public finances will depend on its
duration and depth. 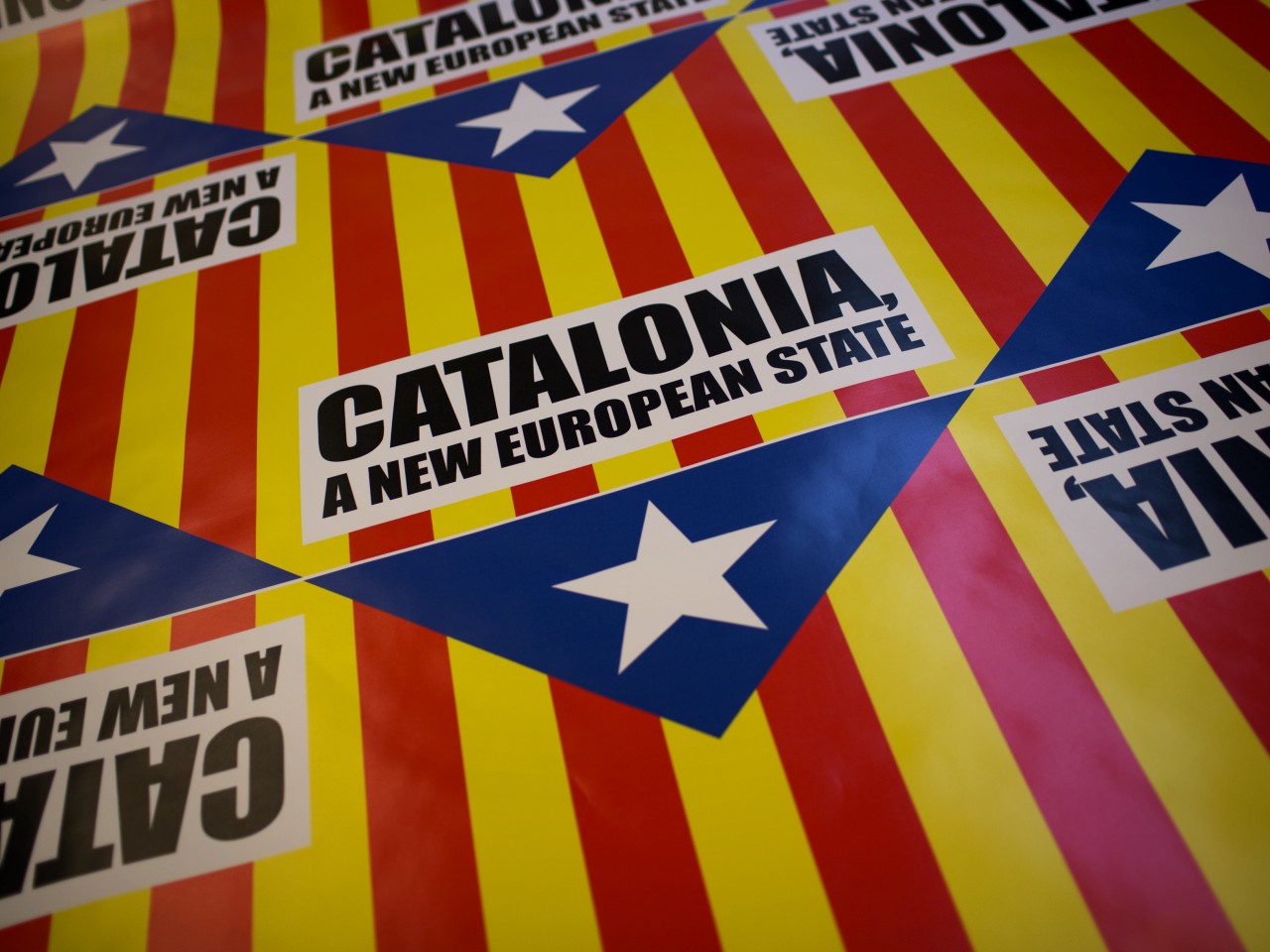 The central government calls for temporary intervention in Catalonia’s autonomy

On 19 October 2017, Spain’s central government formally announced that it would trigger
Article 155 of the Spanish Constitution. If implemented, Article 155 gives the national
government power to place the Autonomous Community of Catalonia under its administration and management, after first receiving the approval of an absolute majority in the Spanish Senate.

The Council of Ministers presented temporary but far-reaching measures to the Senate on 21 October 2017 to be in place until the restoration of constitutional order. The key measures are as follows: a) The President of the government of Spain would have the power to dissolve Catalonia’s regional parliament and call elections within six months; b) The central government would remove the current President of the regional government and all its cabinet, and take over the exercise of such functions; c) The scope and power of Catalonia’s regional parliament would narrow. The central government would have a period of 30 days to exercise their right of veto on any decisions made by regional parliament.
DBRS expects the Senate to approve this set of measures, most likely on Friday 27 October.

Prime Minister Rajoy’s Partido Popular (PP) holds an absolute majority in the upper house and Partido Socialista Obrero Español (PSOE) and Ciudadanos (C’s) support the process. It remains unclear whether the regional government would call snap elections and drop its independence bid before 27 October 2017, which could lead to a softer implementation of the measures or the Senate to refrain from approving them.

Spain is entering uncharted waters, as the political situation in Catalonia remains uncertain

The triggering and implementation of Article 155 of the Spanish Constitution is  unprecedented and untested and there are risks associated to its implementation.

One threat is that a strong resistance from the regional authorities and pro-independence
movements could obstruct its enforcement. Secondly, the implementation of the measures could prove operationally difficult, given its novelty.

The uncertainty over Catalonia will remain elevated in coming weeks and months, especially as snap regional elections approach. This reflects the current high uncertainties regarding their outcome, given how fluid the situation has been in Catalonia since the regional vote on 1 October 2017. DBRS will monitor the opinion polls ahead of the snap elections. Currently, it remains very unclear as to whether swing voters will ponder more heavily on economic or emotional factors at the polling stations in a few months.

DBRS’s baseline scenario remains that Spain will remain united over the medium term, as the country’s legal and institutional safeguards in place make a unilateral secession highly unlikely. Moreover, the political parties PP, PSOE and C’s currently control two-thirds of seats in both parliamentary chambers.

While these parties are open to discuss a reform of the Spanish constitution, it is highly unlikely they would change it to make a secession a legal possibility. Key authorities at the European Commission and European Parliament have backed the central government on its defence of the rule of law and constitutional order in Spain

Strong GDP growth and the fiscal deficit target at reach this year, but uncertainty clouds the background

Spain continues to grow strongly and outperform the euro area average. DBRS expects growth to remain strong but decelerating, as some tailwinds lose strength. Moreover, the institutional crisis could weigh negatively on the economy and public finances, with its ultimate impact depending on its duration and depth. Nevertheless, given the strong growth inertia in Spain, DBRS expects this impact to remain manageable and currently sees it unlikely to derail the central government’s fiscal consolidation process.

Downside risks to the economic outlook have increased in the last few weeks. Financial market volatility has intensified in the aftermath of the regional vote, even though the impact on the government’s cost of funding has been relatively contained. Although too early to draw conclusions, the downside risks to Spain’s GDP growth are concentrated in the Catalan economy, which represented 19% of Spain’s total GDP in 2016. The impact of the increased uncertainty on the rest of Spain is likely to moderate in the short-term.

According to the government, over 1,000 companies have decided to relocate their legal headquarters from Catalonia to other areas in Spain. The uncertainty over the potential independence is discouraging investment and tourism in the region. However, the more elevated and protracted the uncertainty surrounding Catalonia, the bigger the drag on the overall Spanish economy.

Next week, the first partial activity indicators for October will be released, such as the number of affiliates to the social security system (3 November) and electricity consumption (2 November). DBRS will monitor to assess whether there is any indication in this direction.

In line with this, the government revised downwards its GDP growth projection for 2018 to 2.3% from 2.6%, largely because of the uncertainty associated with Catalonia. This new macroeconomic assumption underpinning the budgetary plan for 2018 (17 October 2017) has been endorsed by the Spanish fiscal watchdog (Autoridad Independiente de Responsabilidad Fiscal, AIReF).

However, AIReF warns that if the uncertainty over Catalonia were to remain elevated throughout next year, this could shave off in total between 0.4-1.2 percent points of GDP in 2018. This could complicate the achievement of the 2.2% fiscal deficit projected by the government for next year, which at the moment seems difficult to achieve without additional measures.

Despite the political tensions in Catalonia, DBRS has not taken any rating action on Spanish banks since the Catalan vote on 1 October. This reflects DBRS’s view that domestic banks with significant presence in Catalonia and with Catalan roots (Caixabank, S.A. and Banco de Sabadell, S.A.) have taken appropriate steps to defend their franchises and ease investor and customer concerns.

However, political tensions in Catalonia could intensify in the coming weeks. As a result, DBRS will continue to monitor any impact on the banks’ franchises, and investor and customer confidence, including any impact on their deposit bases as well as any market volatility.

The bittersweet goodbye of Ribera to Torrevieja Hospital